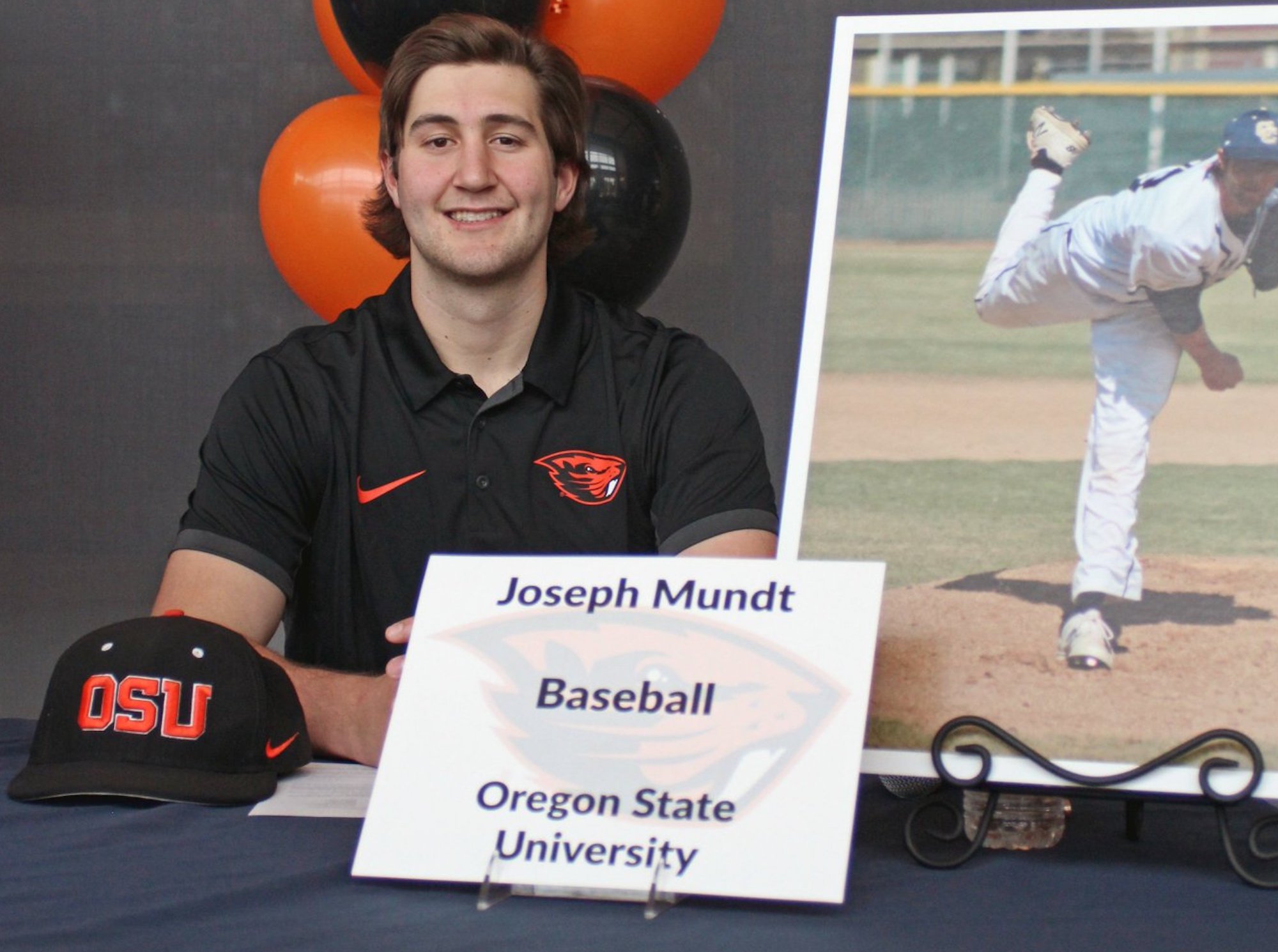 Joey Mundt, through all the adversity he’s absorbed, always can rely on his top-of-the-line athletic genes.

And there are other sports achievers in his family.

It takes more than a generous gene pool, however, to succeed at the highest levels. Mundt, a 2018 graduate of Central Catholic, owns first-hand knowledge of that. Which is why his Pacific 12 Conference debut at Oregon State last weekend meant so much.

“Joey always has been a mature person for his age,” Central  Catholic coach Danny Ayala said. “When he was 14, he looked at me and said, ‘I want to play baseball.’”

And so he has. He logged three scoreless innings last week during Oregon State’s 18-4 rout over Washington State, which keynoted a three-game sweep over the Cougars. Mundt, a member of the reigning NCAA champion Beavers (31-10-1, 17-4), has contributed to OSU’s climb to the top of the Pac-12 race.

“At another school, he would be getting more opportunities,” Ayala said. “He knew what to expect. He’s getting ready for the future.”

Mundt’s personal climb has been steep. He was promoted to the Central Catholic varsity as a sophomore, but his junior year was virtually shelved due to a serious football injury. He suffered broken vertebrae in his back, which can be career-ending.

He recovered quickly, however, and turned in a solid senior season. Oregon State, which committed to Mundt when he was a sophomore, stayed onboard.

Exciting days are ahead for the Beavers, and the 6-foot-5 Mundt appears to be ready. Ayala, who also serves as president of NorCal Valley Baseball, has helped to advance 83 baseball prospects to Division I schools over the last eight years. One of them is Mundt.

“He’s really responded to the Oregon State way,” Ayala said.“He’s done a great job with his body. For a guy at a dream school like Oregon State, I can’t be more proud.”

Here’s a list of other collegiate ballplayers in the area:

— Braiden Ward (El Capitan): Ayala calls Ward “a flyer” for good reason.  Ward, an outfielder for Washington, leads the Pac 12 with 18 stolen bases. He’s second on the Huskies  (20-18, 7-11) with 10 multi-hit games. Last year as a freshman, Ward started 50 games and led the conference with 19 stolen bases.

— Tate Soderstrom (Turlock): Soderstrom, the son of former San Francisco Giants pitcher Steve Soderstrom, has started 14 games for Arizona (19-22, 7-14) and is batting .235 with 24 RBIs. The sophomore has shown improvement over his first season.

— Colton Evans (Pitman): Evans, a redshirt sophomore for UC Davis (15-22, 6-9 in Big West Conference), has started seven games and appeared in 21 for the Aggies. The outfielder is batting .313.