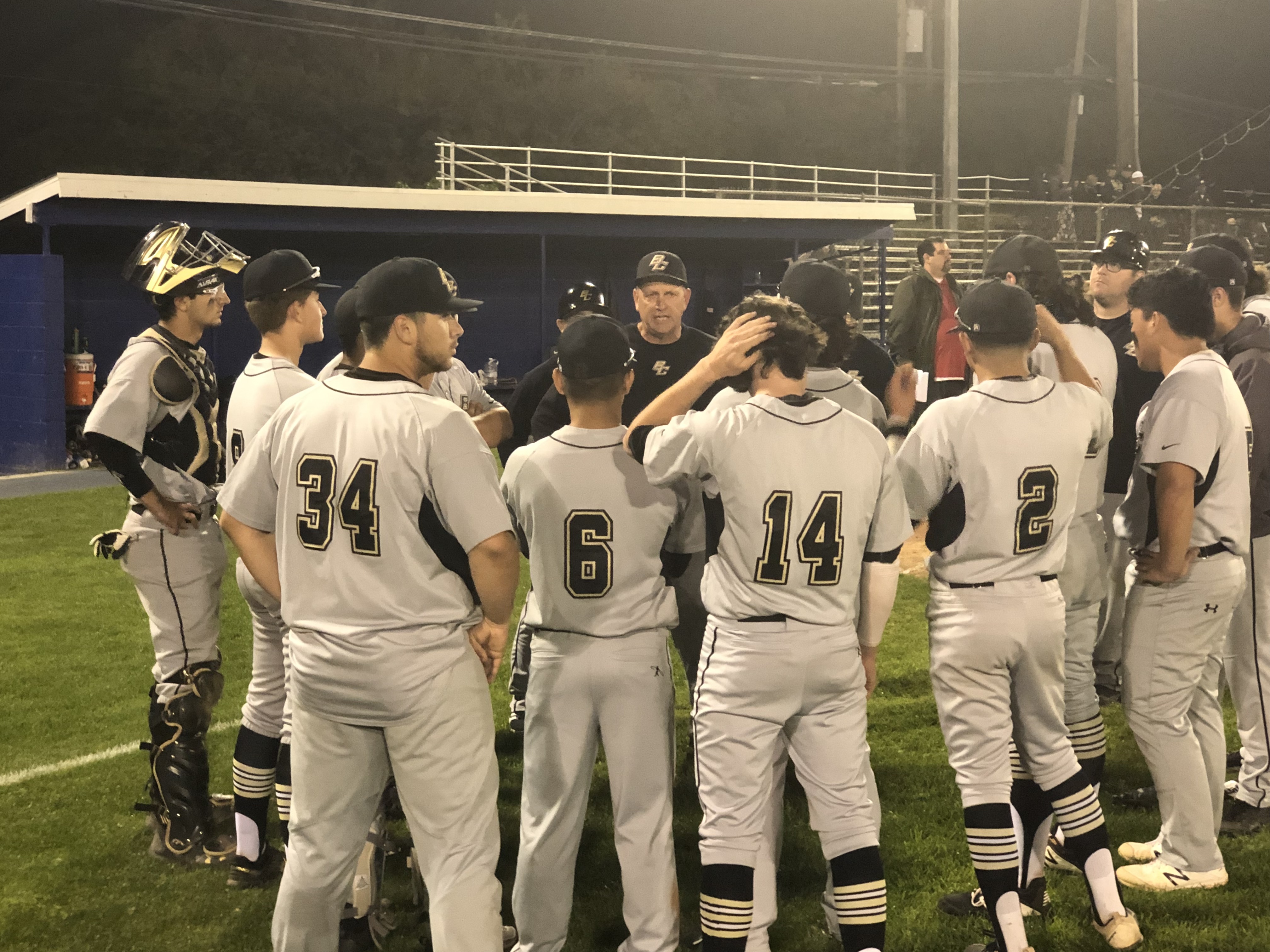 Buhach Colony came through with a CCC split against rival Atwater and remained Front Row Preps' No. 1 large-school team

1 (1). Buhach Colony (9-3) — Split a Central California Conference series with crosstown rival Atwater. Lost 2-1 at home, then got a solid outing from Fresno State-bound Alex Kendrick to blank the Falcons 2-0 at Fireman’s Memorial Ballpark. That loss, to a super talented Atwater team, isn’t enough to convince us that the Thunder isn’t the top team in the region. They stay put for at least another week.

2 (2).Turlock (11-4) — Since a 6-5 setback to Oakdale on March 18, the Bulldogs have won seven in a row, including a three-game sweep last week of Central California Athletic league rival Modesto.

3 (3). Los Banos (12-1) — Still making the case to be the No. 1 team — emphatically. Continue to bludgeon opponents. In fact, since their lone loss of the season — a 1-0 setback to No. 1 Buhach Colony — the Tigers have won eight straight by a combined score of 77-4, never allowing more than one run in any of those games. In fact, no team has scored more than two runs in a game against the Tigers, who have outscored opponents 115-11 this year. Told you — emphatic!

4 (5). Sierra (12-3–1) — Swept No. 4 Oakdale in a key Valley Oak League series, which, in turn,  swept Oakdale out of the large-school rankings. The Timberwolves move up a spot to No. 4, previously held by the Mustangs.

5 (nr). Atwater (12-3) — The Falcons flew under the radar for far too long, and should’ve been in the Top 5 much sooner. And, truth be told, they should be ranked higher. But we can’t punish the other four for our oversight. So, we’ll just say this: If Buhach Colony is the No. 1, then Atwater has to be considered No. 1A. For now, however, they occupy the five hole, and all this will get sorted out between the white lines.