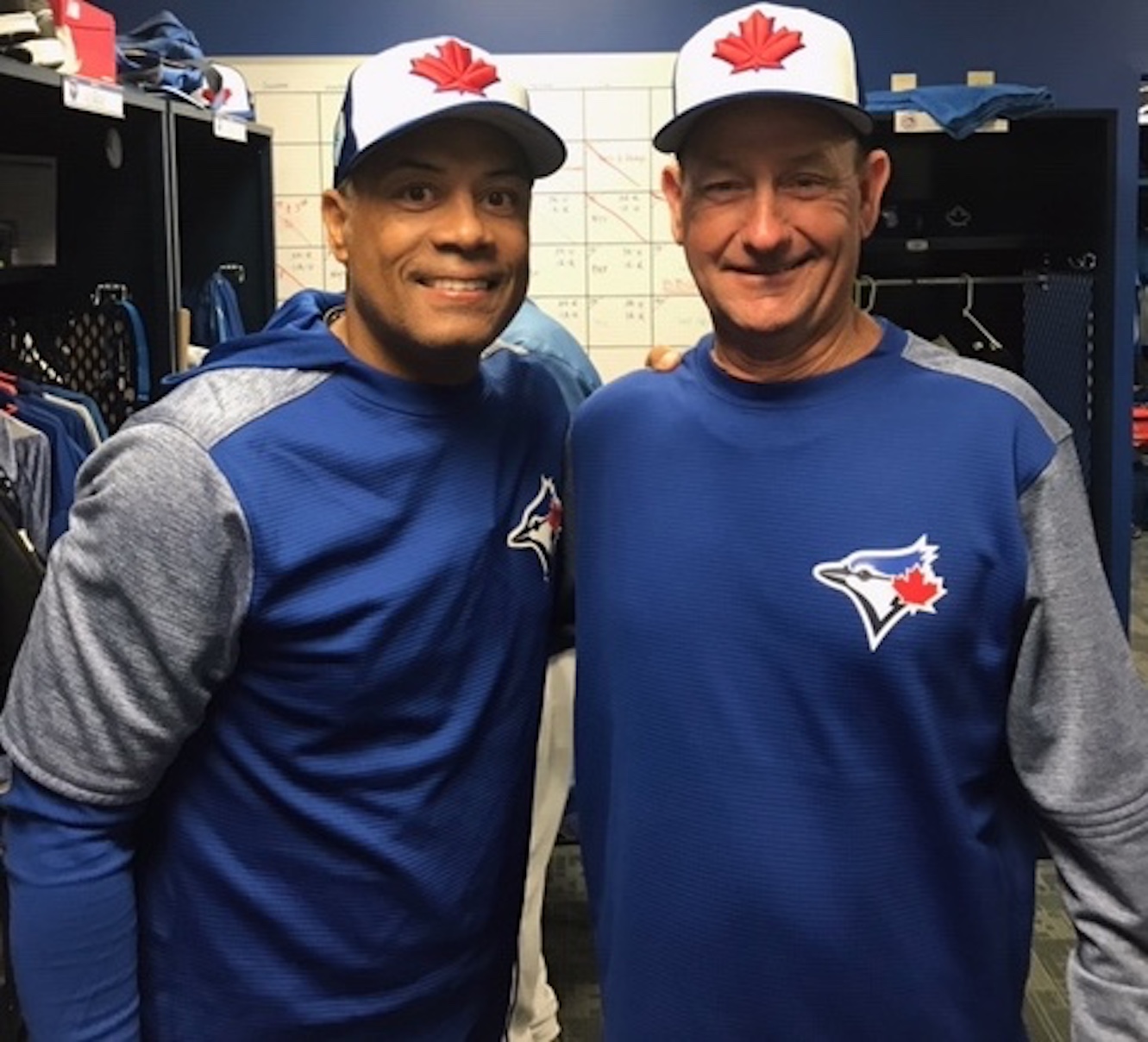 MANTECA — Each morning, Jack Thomson walked into the Toronto Blue Jays clubhouse and took a seat at the stall identified by his name.

He pulled on the big-league uniform, said hi to the Roberto and Sandy Alomars and the Eric Wedges around him and must have wondered, “Pinch me, somebody. Am I really here?”

“He got full back-stage access,” Ken Huckaby said. “It wasn’t a baseball fantasy vacation. It was the real thing.”

Thomson coached Huckaby at Manteca High near the beginning of a remarkable 38-year prep coaching career. Huckaby, the Blue Jays’ catching instructor and roving coach, put to action an idea to repay his old coach all these years later.

Why not invite him to a week of spring training at Dunedin, Fla., the Blue Jays’ preseason home? Thomson always wanted to attend spring training, but coaching teen-agers always got in the way.

The timing was perfect. Thomson finally stepped away from Sierra High, where he coached the last 23 years. Travis Thomson, the youngest of his four sons, now succeeds his father as coach of the Timberwolves.  Which opened the door for Jack and an incredible check off his bucket list.

“I had a locker with my name on it,” Thomson said. “It was special.”

The Major League Baseball season is under way this week, of  course. The camps have broken, and the wins and losses now count. Meanwhile, Thomson returned home with more than just a closet full of Blue Jays schwag.

“The first night I was there, I called Travis and told him, ‘The game is the same. They do nothing different than what we do (at the high school level). The athletes are just bigger and stronger,” he said.

Thomson can appreciate both the similarities and the stark differences. His teams won 607 games, second-most in Sac-Joaquin Section history, and he groomed baseball pros along the way. One of them was Huckaby, who no doubt was influenced by Thomson’s passion and fundamentally-sound teaching. Huckaby (Manteca High, Class of 1989) went on to play for five big-league teams over a six-year career but never forgot his roots.

“This was something I always wanted to do for him,” Huckaby said. “He’s always been the nicest and most humble man I’ve ever been around. He set the tone for me; was a great role model. It was good to see him relax in a different world than high school baseball.”

The admiration was mutual. When Thomson lost his son Mikey after a tragic car-bicycle accident 12 years ago, Huckaby flew from Arizona to Manteca. When Huckaby’s father suffered a heart attack, Thomson motored to Sacramento to pick up Huckaby at the airport and took him to the hospital.

It’s that kind of a friendship.

The Blue Jays treated Thomson like one of their own. He sat in on meetings, chatted with players and watched the action at the team’s four diamonds.  Though he fungoed a few balls only once and never threw batting practice, he never stropped drinking in the baseball life.

“I was impressed by the number of Spanish-speaking players. Every drill would be explained in English and then in Spanish by a translator.  It made me wish I paid more attention to my Spanish class in high school,” Thomson said. “Another thing was their high-performance department focusing on conditioning and mental training and how they cope with adversity.”

“It’s amazing how they can slow everything down and put a number on everything,” he said. “They quantify how catchers can turn balls into strikes by good receiving techniques.”

“He’s trying to find the balance between the old-school and the new-school,” Thomson said.  “Baseball people are different. Because it’s such a humbling game, they’re all constantly sharing and learning.”

One day during a group discussion, the topic was the best advice one can give to a minor-leaguer. Thomson was amazed that they were interested in what a high school coach could add to the discussion. He underestimated his role, especially after his answer was, "Know who you are."

“Wedge said, ‘Guys like you know how to coach,’” Thomson said. “He said he appreciated how I coached 15- and 16-year-old kids who don’t even know their own bodies.”

Baseball can be a cocoon, it’s been said, from life’s ups and downs. Thomson’s mother died at age 99 last month.  The coach has felt it all, which arms him with wisdom to gauge his latest baseball sojourn.

He’s lucky, he knows, to have friends like Huckaby, who merely wanted to give his coach a memorable thank you.