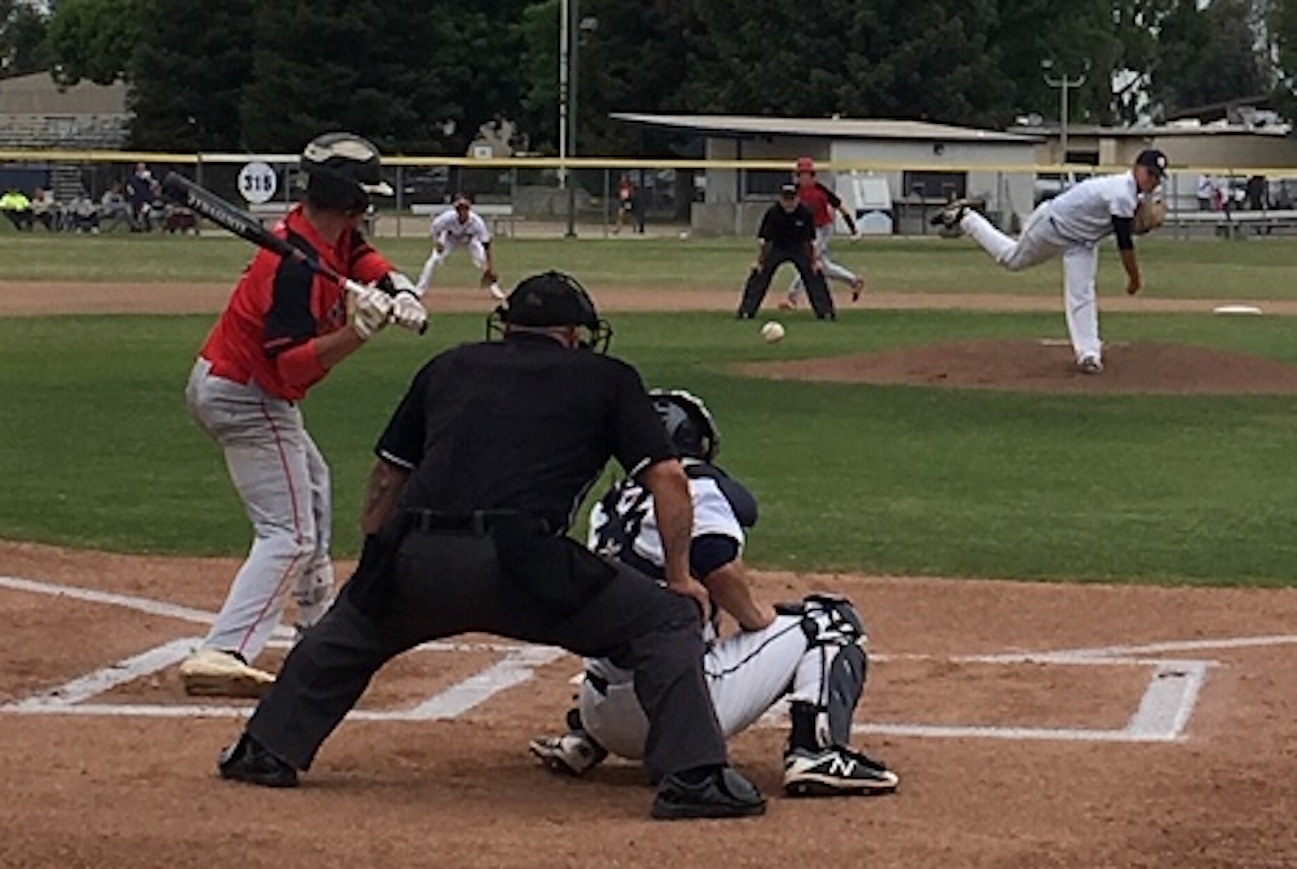 Dalton Durossette led the Central Catholic Raiders over Ripon 5-2 in the first round of the Sac-Joaquin Section Division IV Tournament. The junior struck out 11 and allowed only two hits and two unearned runs. Durossette also drove in two runs.

MODESTO – Dalton Durossette has competed at the varsity level in multiple sports since he was a freshman at Ceres High. The evidence suggests he’s coming of age as a junior at Central Catholic.

The Raiders opened the Sac-Joaquin Section Division IV Tournament on Tuesday with a 5-2 victory over Ripon, a win that bore Durossette’s fingerprints from start to finish.

All he did was strikeout 11 and yield only two hits and two unearned runs. With the bat, he drove in two runs with a single and a sacrifice fly. Durossette’s 107-pitch gem – his second-longest outing this season – again illustrated why he’s one of the area’s most versatile athletes.

“He’s been our ace coming down the stretch,” Central Catholic coach Danny Ayala said. “We think we can get six or seven (innings) out of him every time he goes out there.”

The fourth-seeded Raiders (15-11) will remain at home Thursday to meet No. 5 seed Sonora, which blanked El Dorado 3-0.

Central Catholic, a distant runner-up behind Sierra in the Valley Oak League race, will need Durossette (4-1) at his best.  His 90-mph fastball and breaking pitches clicked, and he was further empowered by the Raiders’ early 5-0 lead.

Durossette switched to an even better gear, however, after Ripon scored two runs on a bizarre infield error in the fourth inning. Ripon’s Brandon Rainer hustled home from second, a play that would have rattled most teen-aged pitchers.

Instead, the strapping righthander induced an inning-ending flyout with two on base. He finished by retiring the last six, three by strikeout.

“That’s not the best game we’ve played, but it was enough,” Durossette said. “We have our guys’ backs after mistakes.”

Central Catholic chased away the tournament nerves when its first five batters reached base, four on hits by Orlando Leon, Durossette, Tyler Van Dyk and Mikey Duran.  The 3-0 lead set the game’s terms.

No. 13 seed Ripon (12-12), which led the Trans-Valley League before it dropped six of its last seven league games, competed favorably after reliever Gerald Nix entered in the second inning.

Both Ayala and Durossette credited the VOL for preparing Central Catholic for the postseason.

“We know we’ll be battle-tested,” Ayala said. “The VOL really sets us up for the playoffs.”Elsewhere in D-4, top-seeded Los Banos enjoyed the bye. The 24-1 Tigers will entertain Pioneer, an 11-1 winner over Union Mine, on Thursday. TVL champion Livingston, which overwhelmed Venture Academy 11-1, travels to No. 3 seed Woodland.