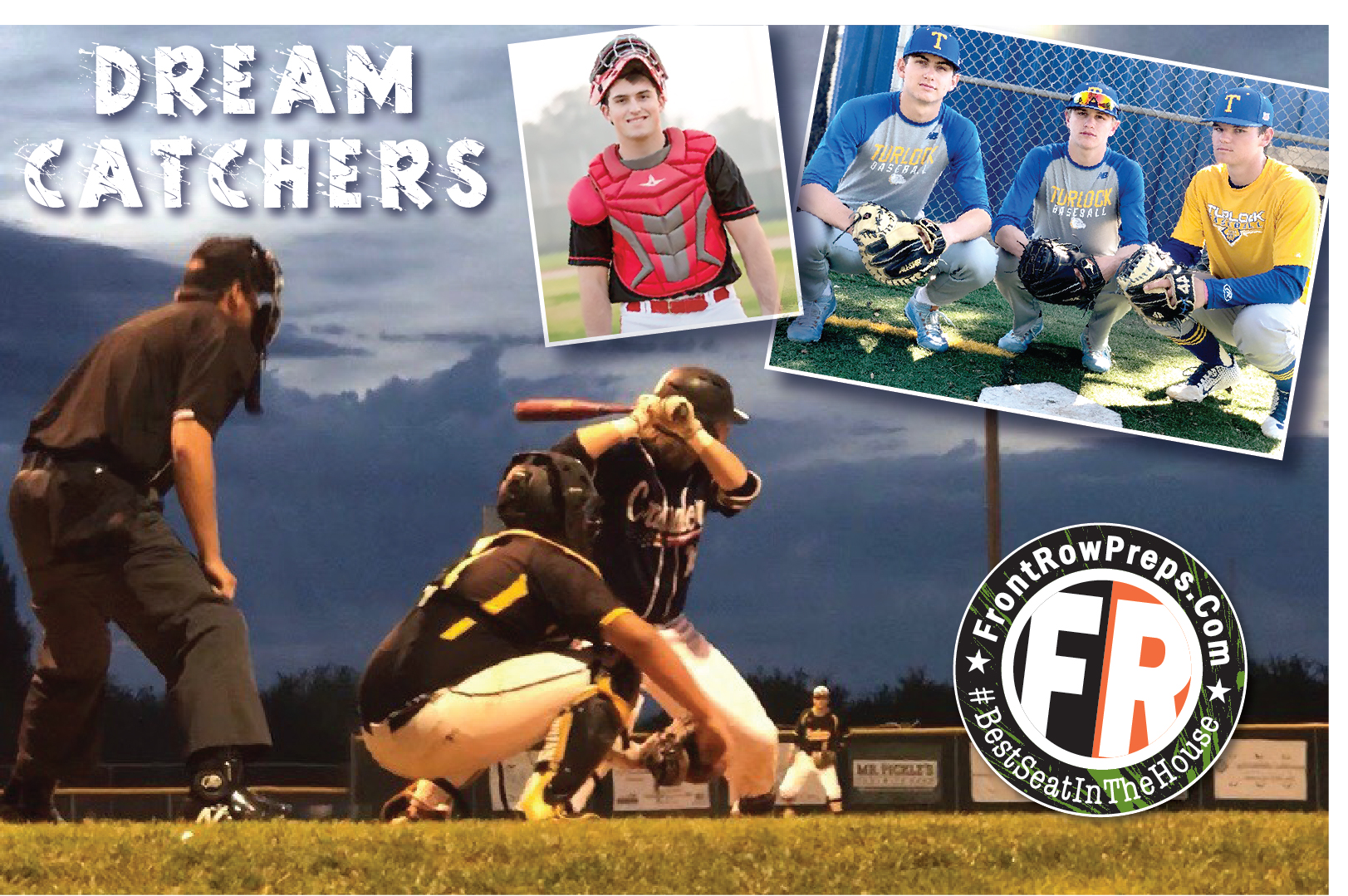 'Catcher needs to be the guy.' Dishin' on the area's top prospects behind the dish.

For decades, the equipment worn by catchers has been referred to as the  “Tools of Ignorance.”

Sounds about right, because you’ve got to be a little off your rocker to want to put on 10 pounds of equipment on a hot summer day and drop into an isometric squat for two hours as pitchers use you as a target for throwing a hard, leather sphere, while batters swing large wooden clubs about six inches from your head.

Of course, just because one chooses to wear the Tools of Ignorance, doesn’t mean they’re ignorant.

Being a catcher takes more brain power than any position on the diamond. In fact, three of the more successful in Major League managers in recent years — Giants manager Bruce Bochy, former Yankees pilot Joe Torre and ex-Braves skipper Bobby Cox — all started out as catchers.

Even the legendary Dick Windemuth, perhaps the greatest manager in the history of the this region and for whom this week’s Windemuth Easter Classic is named, once made his living wearing the Tools of Ignorance as a minor league player.

While other players can go innings without having the ball hit in their vicinity, catchers are involved at every moment, with every aspect. From setting the defense to calling pitches to negotiating with umpires and, often, playing amateur psychiatrist for their batterymates.

Former Stanislaus State pitcher Greg Magni, now athletic director at Central Valley High School, remembers his first appearance for the Warriors in 1997, and how his catcher, Jeff Brown, now the head coach at Hilmar High who has privately tutored some of the best catchers in the region, got him through it.

“I thought I’d only be charting games in the dugout as a freshman,” said Magni. “I came in with no outs and the bases loaded against Menlo. Brownie had the old-school mask and he pulled it up and said, ‘You’ve got this. Take a deep breath, throw strikes and we’ll get out of this.’ And as simple as it was, it helped put things in perspective.”

Magni’s first pitch as a collegian resulted in a double play and two pitches later, he induced an inning-ending pop-up.

“That’s what catchers do,” said Magni, who still holds the CSUS record for most appearances in a career. “They get you through things you don’t think you can get through.”

Brown isn’t the only local skipper who used to be a catcher.

Buhach Colony head coach Greg Wakefield, who led the Thunder to Sac-Joaquin Section Division III championships in 2004-and 2005, was an All-American catcher at CSUS and later became Brown’s position coach at Stanislaus State. Atwater head coach Jarrod Pimentel, who was also a star quarterback in high school, caught for the Falcons in the late 1990s.

In fact, the Front Row region has long been a hotbed for catching talent

In recent years, the region has produced a plethora of catchers who reached the college or professional ranks, including:

— Turlock graduates Brett (Cal) and Ryan (UC Santa Barbara) Cumberland — Brett is the former Pac-12 Player of the Year, now with the Baltimore Orioles organization, while his brother now coaches catchers at his alma mater.

— Enochs’ Jacob Cooper — drafted by the White Sox out of MJC

— Escalon’s Nathan Chunn — Signed with Nebraska out of MJC and eventually made his way back to Stanislaus State.

— Beyer’s Dempsey Grover — Along with Cumberland, played on the UCSB team that qualified for the 2016 College World Series.

— Anthony Enwiya — Like Chunn, signed with St. Mary’s out of MJC and made his way back to Stanislaus State.

— Gregori’s Matt Dallas and Escalon’s Parker Cosby — Were The Modesto Bee Players of the Year in 2017 and 2018, respectively.

And this year is no different, with four catchers already committing to NCAA Division I programs with a fifth drawing long looks.

Turlock High School has three of those catchers — Tyler Soderstrom (UCLA), Cole Carrigg (San Diego State) and Dom Rodriguez (Cal) — who have committed to Division I colleges. Atwater also has a trio of talented backstops, with senior Jacob Weiss committing to Pacific while junior Gunnar Kale and sophomore Xavier Ponce wait in the wings.

Across town at Buhach Colony, where Wakefield’s Thunder are ranked No. 1 in Front Row Preps’ large-school rankings, senior R.J. Garcia was first-team All-Central California Conference pick as an underclassman and is getting looks from D-I colleges.

Potentially, that’s five D-I prospects from three schools that, until last season, were in the same conference.

There are others, most notably, Max Moore (Oakdale), Cody Brockman (Modesto Christian), Brian Haslam (Hughson) and A.J. Villa (Stone Ridge Christian - who leads the Front Row Preps region in batting (.619) as a sophomore.

Three of those — Soderstrom, Carrigg and Weiss — have played in the Area Code Games, and according to Danny Ayala, the head coach of Central Catholic and president of NorCal Valley Baseball, that’s a distinct honor.

“To be eligible, a pro scout has to nominate you or put you on the board,” said Ayala, who has worked and coached Soderstrom, Weiss, Moore and Rodriguez since they were youngsters. “Guys with pro potential are the type of guys that get invited to try out.”

Being a catcher is a lot like being a left-handed pitcher: If you can catch, you can find a job on a baseball roster somewhere. Catchers, like good lefties, are always in demand.

So what exactly makes a good catcher? Former All-American Wakefield breaks it down into three areas: receiving the ball, keeping balls in front, and the ability to throw to all bases. If an athlete can do all those things, you’ve got yourself a catcher. But more than that, a catcher has to be a team leader.

“He’s the only guy that sees everything in front of him,” said Wakefield, referring to the catcher’s unique spot on the diamond. “He’s got to make the calls on bunt plays. By the time the ball hits the ground a second time, he’s got to know where it’s going. That’s a tough play in high school.”

More than ever before, catchers need to be superior athletes.

“The catcher is so important, especially with the bats we have,” said Pimentel. “With such an emphasis on pitching and how much bunting there is now, guys stealing and hitting-and-running, and the bunt-and-run, and drag bunting, a catcher now needs to be the guy on your team,” said Pimentel. “And if he’s not the guy, he needs to be close to being the guy.”

Brown agrees, but adds that it’s more than just making all the plays. A catcher has to have a presence about him.

“It’s that ‘it’ factor,” said Brown. “To me, it’s a guy that just knows where to be all the time. He’s talking, he’s communicative, he has a presence. A catcher doesn’t have to be a rah-rah leader, but he has to have a presence. All your teammates are facing you. From your mannerisms, to how you block balls to how you throw it back to the pitcher. Everyone’s watching that.

“You can’t hide a bad catcher.”