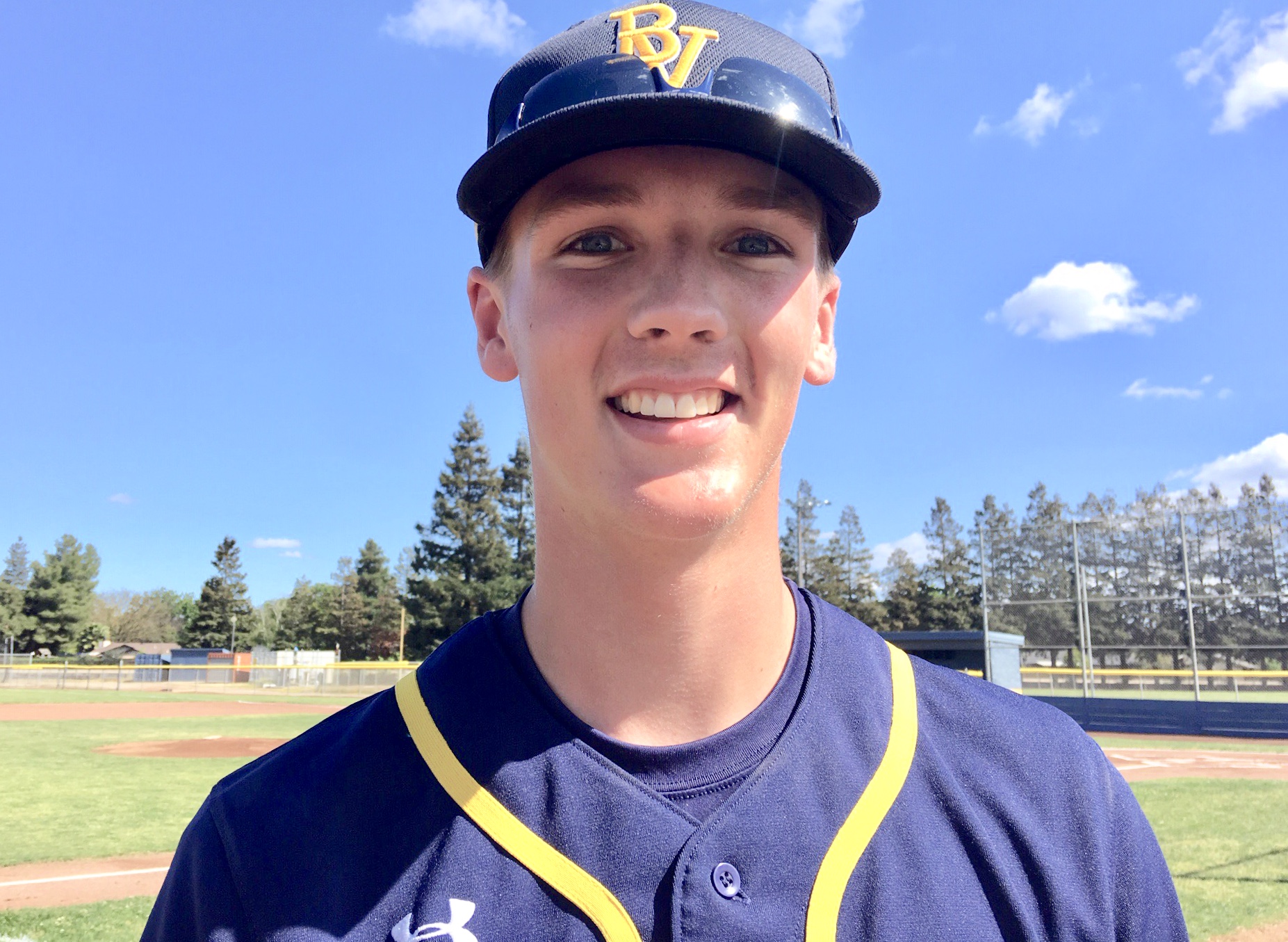 Big Valley Christian's Tyler Meyer is a top two-way talent. The Stanislaus State-bound senior is 5-1 on the mound with a robust .554 batting average.

Go ahead. Try to find something, anything, wrong about Big Valley Christian senior Tyler Meyer.

The people closest to him concede that it’s a thankless endeavor.

“The kind of kid you would want your daughter to marry,” praised Lions coach Rick Countryman, who has a daughter.

“He’s pretty easy,” mother Jennifer Meyer allowed. “He has his faults, but they’re not big things.”

Meyer stands 6-foot-3 and checks in at 175 pounds, an angular and commanding presence on the mound. He wasn’t perfect Tuesday during his two-inning outing against outmatched Stone Ridge Christian of Merced. But he teased perfection: Six batters, five strikeouts and a groundout in 30 pitches.

At the plate, he singled and doubled in three at-bats while Big Valley Christian rolled 11-1 in five innings. All in a day’s work for Meyer, one of the area’s most gifted players.

One can get carried away about Meyer, who will continue his baseball career next season at Stanislaus State.  Entering Tuesday’s game, he was 5-1 with a 1.11 ERA. He pushed his average above .554 featuring 11 doubles and 30 RBIs. Meyer raced around the bases last week to complete an inside-the-park grand slam against Elliot Christian at Lodi’s Zupo Field.

Skeptics may scoff at the Central California Athletic Alliance, Big Valley’s small-schools league. Fact is, it takes only one visit to know Meyer could excel on any team in any conference.

“I’m not walking as many guys this year and I’m going after hitters more,” Meyer said. “I’ve been able to strike out more guys that way and it keeps my pitch-count down.”

In fact, he’s fanned 84 in 46 innings. His only loss was 2-1 to Woodland Christian last month.

“He may be the best pitcher in the valley,” said Countryman, a Grace Davis graduate. “He is one of the finest young men you’ll ever meet.”

Meyer’s impact on Big Valley Christian has been profound since his first day as a freshman. His grades are, yes, close to perfect. He sings and plays the guitar and piano during worship services at Big Valley Grace Church.

His athletic genes are hard to miss. Dave Meyer, Tyler’s father, was a three-sport athlete at Beyer. Ryan Meyer, a cousin, is one of the valley’s top prep golfers at Oakdale. At age 12, Tyler and his K-Zone Mustangs teammates qualified for a 100-team tournament at Cooperstown, N.Y.

He also enjoyed four years of BVC soccer, and he earned all-league honors as a goalie the last two seasons.  He added football to his resume as a junior, and his only regret was the basketball-soccer conflict that kept him off the hardwood.

His growth is best seen in baseball: He was voted the CCAA’s best hitter as a freshman, was named to the all-league team as a sophomore and was the league’s MVP as a junior. He and the Lions fell twice, however, in the Sac-Joaquin Section Division VII finals – to Valley Christian in 2016 and to Alpha Charter last year.

The CCAA race this spring sizzles with potential thrills. Big Valley Christian (15-5, 7-2) is a game behind first-place Millennium with four to go, but Venture Academy and Turlock Christian also are in contention.

It will climax with two BVC-Millennium showdowns, the latter when Big Valley honors its nine seniors on May 2. All options, including a four-way tie, are in play.

As for Meyer, who will pitch again on Monday against Patterson in the Lions' opener at the Dick Windemuth Easter Tournament, he can’t wait to make his final postseason run. Only one issue gives him pause – the nagging perception that he’s the ideal 18-year-old.

“I think I can be more of a vocal leader,” he said. “I love to lead on the field and in the classroom.”