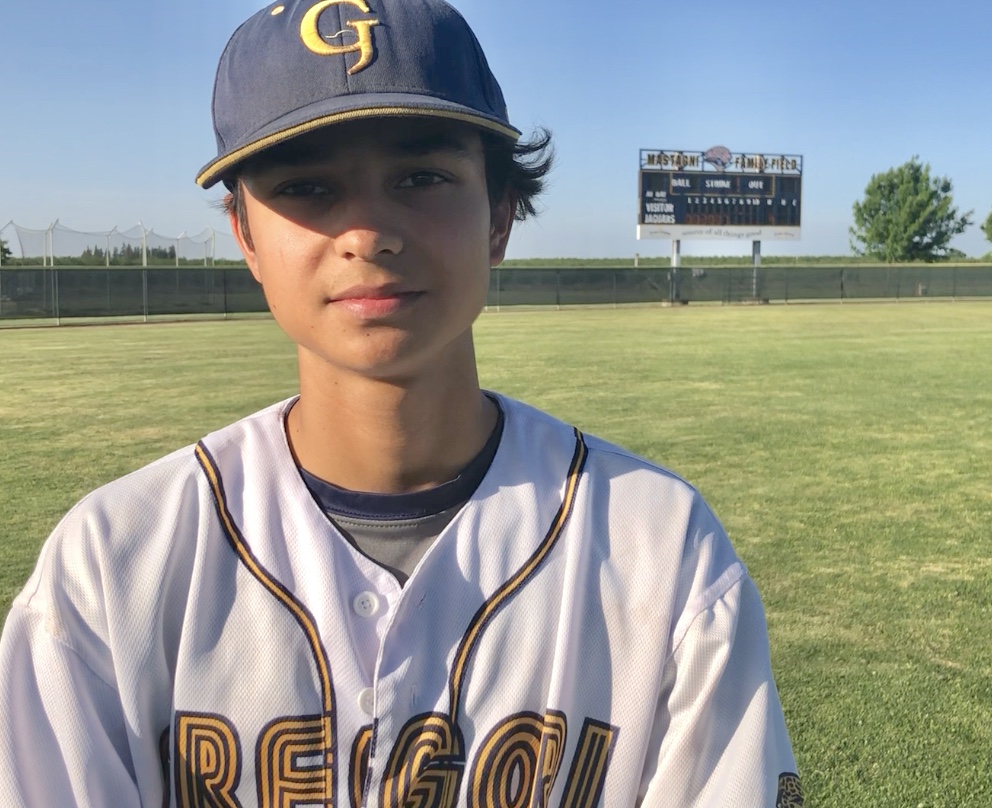 Gregori pitcher Kobe Dumlao took a no-hitter into the seventh inning on vas the 13th-seeded Jaguars defeated No. 4 Lodi 2-1 in the opening round of the Sac-Joaquin Section Division I baseball playoffs on Tuesday, May 14, 2019, at Tony Zupo Field in Lodi, Calif.

LODI — Gregori’s Kobe Dumlao took a no-hitter into the seventh inning and led the 13th-seeded Jaguars to a 2-1 upset of No. 4 Lodi in the opening round of the Sac-Joaquin Section Division I baseball playoffs at Tony Zupo Field.

All of a sudden, the Jags have a legitimate shot at reaching the semifinal round, after No. 12 McClatchy upset fifth-seeded Davis 4-3 in eight innings. Gregori will travel to face Lions on Thursday at 4 p.m. in a battle of underdogs.

Dumlao struck out two, walked one and recorded 12 fly-ball outs to the outfield. He also pitched around four errors committed by his teammates.

“I was trying not think of it,” said Dumlao of the no-hit bid. “It mattered to me, but winning the game mattered more. There will always be other opportunities to throw a no-hitter, but not to win a playoff game.”

Nursing a 2-0 lead in the final inning, Dumlao retired the first batter he faced in the frame but yielded a single to to the Flames’ No. 7 hitter that was misplayed, and allowed the batter to pull into second base. The next hitter delivered a single that cut the lead to 2-1.

At that point, Davis went to the mound for brief chat Dumlao and his infield.

“I talked to the kids, verified the pitch count, and saw a lot of confident faces, a lot of believers,” said Davis, who called this one of his most satisfying team wins in 28 years of coaching.

Dumlao slammed the door on the next two hitters and sent the Jags into the quarterfinal round.

Gregori scored all the runs it would need in the fifth when Estephan Ramirez and Colin Gunn each delivered RBI singles.

“I don’t know what’s going to happen on Thursday,” said Davis, in anticipation of the quarterfinal matchup with McClatchy. “But the kids now see they’re capable of playing really good teams.”