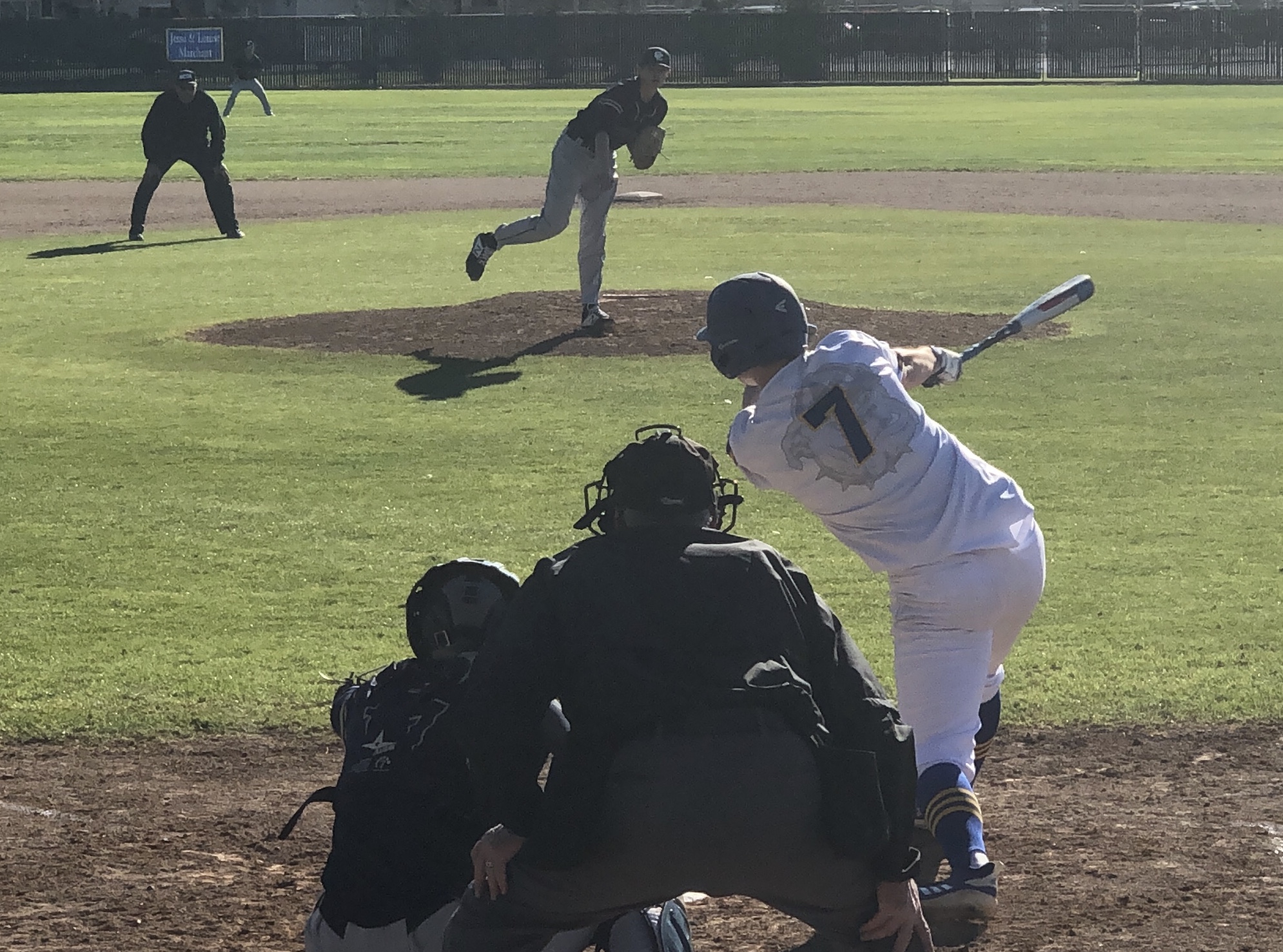 TURLOCK — First-year Turlock coach Sean Gilbert thinks his team has the potential to be scary good this season.

“When you talk about potential, it’s usually a bad thing,” said Gilbert, who replaces the partially retired Mark de la Motte, who is working with junior varsity pitchers this season.

Gilbert’s right, when a coach talks about potential, it almost always means his team isn’t living up to it. And so far this season, that’s been the challenge for the Bulldogs — living up to their vast potential.

Turlock didn’t play a totally clean game Wednesday, but it was enough to hold off a game Central Catholic team 8-6 at Turlock High School.

“What we’ve b been trying to battle through all season is playing seven innings,” said Gilbert, whose team is ranked No. 1 among large school in the Front Row Preps region. “Our biggest message to the kids has been, ‘Compete every inning.’

“And we’ve showed signs of playing good baseball, like we saw today for a stretch.”

Bulldogs starter Casey Carr through a no-hitter for four innings — though it included two walks and three HBP’s — before he was lifted in the fifth off Justin Hill, who gave up five runs in the fifth — four of them earned — as the Raiders took a 5-2 lead.

But Turlock battled back in its half of the frame, scoring three runs to tie the game and setting the stage a two-run single to left in the sixth by Justin Hines.

“That was my first at-bat against him,” said Hines, who said he was expecting fastballs from reliever Dalton Durossette. “He came with curves and I was 0-2 and I just battled.”

Hines took an 0-2 breaking pitch past a diving third baseman that plated two runners and made the score 7-5.

The Bulldogs would go on to add an insurance run in the frame and Central Catholic would claw for a run in the seventh but could get no closer.

Hines, Garrett Fountain and Mason King had two hits apiece for the Bulldogs.