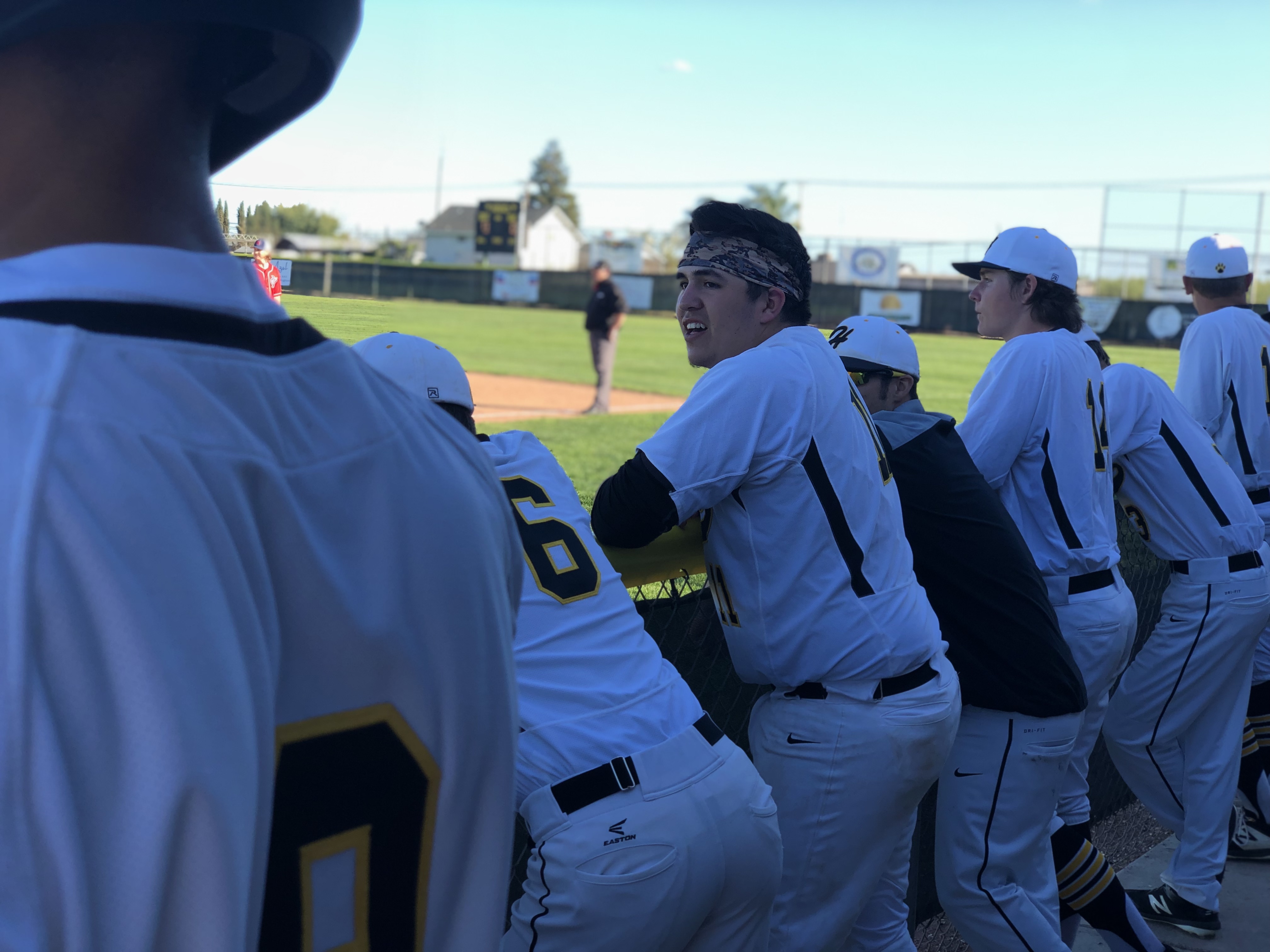 The Hughson High dugout is a fun place to be these days as the Huskies improved to 11-0 on the season with an 8-2 Trans-Valley League victory over Modesto Christian on Thursday, March 21, 2019, in Hughson, Calif.

On Thursday, Garza’s Huskies defeated Modesto Christian 8-2 on Thursday to complete a home-and-home Trans-Valley League sweep and improve to 11-0, the fastest start in school history.

Garza, the 1994 Hughson graduate who is in his third years as head coach at his alma mater, is right on schedule.

The Huskies, ranked No. 1 by Front Row Preps among small-school programs in the region, got a strong pitching performance from junior Seth Garza, who struck out six and walked none and allowed just one run in six innings of work.

“Our game plan was to hit our spots and if we didn’t, they were going to hit the ball hard,” said Seth Garza, who battled a tight quad muscle from about the third inning on. “So our game plan was just to go in there, throw strikes and work with what I got.”

Garza attacked the zone all game. He threw 107 total pitches — three off the maximum 110 allowed — and 73 of those were strikes.

Just like on Tuesday at Matthew Bledsoe Field in Modesto — when sophomore Eliot Kee tossed a shutout in an 8-0 victory — Hughson jumped out to a 2-0 lead in the first inning, pushing across runs on a fielder’s choice and a passed ball.

The Huskies a run in the third but MC cut into the margin when Jovon Watkins singled to left, stole second and scored on a single up the middle by Calvin Pless.

But just as quickly as the Crusaders got back into the game, they were taken out, as Hughson scored five in the bottom of the frame to blow it open.

And though there’s a lot of track ahead, Modesto Christian finds itself two lengths back of the lead horse — essentially, three games back, with Hughson holding the tiebreaker.

“Tip your cap to them, they got us two times in row,” said MC coach Mark Butler. “It’s one of those things, I fully expected the boys to bounce back today. I thought we were going to come out and put a good showing up, and it just didn’t work out. Their guy on the hill set the tone, they made plays defensively, they put bat on ball, their approach at the plate is crazy good. They just battled. They’re tough at-bats, it’s hard to get the ball past them, we made some mistakes defensively and the it was just … on.”

Hughson takes on Hilmar next week in TVL play while MC gets the league bye.