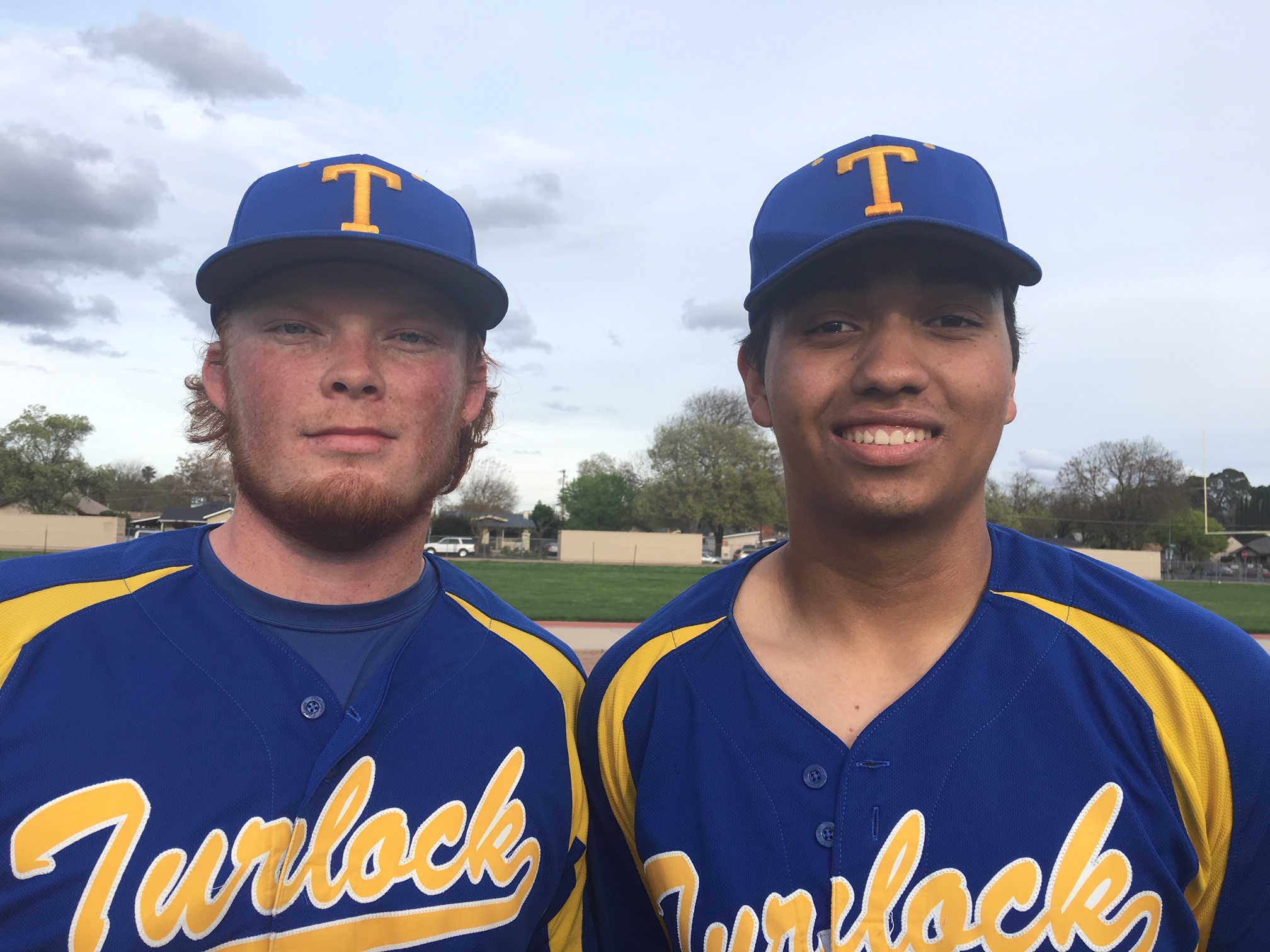 Clay Souza stroked three hits, one of them a homer, to support winning pitcher Justin Hill during Turlock’s 9-1 win Wednesday over Modesto.

That porch no doubt has helped the home team many times over the years. Unfortunately for the Panthers, Wednesday afternoon wasn’t one of those occasions.

Souza’s two-run home run the third inning and his two doubles accented the Bulldogs’ 14-hit attack. Turlock (10-4, 5-0), winners of six straight, scored in all but one inning.

“We’re coming together as the season goes along,” Souza said. “The ball was just flying off the bats today.”

Modesto (4-9, 1-4), more competitive in a 4-1 loss at Turlock on Monday, couldn’t match Turlock’s swinging lumber. The Panthers managed only one hit, a clean single to left by Carson Hull in the third off winning pitcher Justin Hill.

“That last one (Rodriguez’s homer) was legal,” Modesto coach Daryl Galloway said. “You give and you take, I guess.”

Galloway, the Panthers’ coach the past 14 seasons, doesn’t like 9-1 losses but he’s armed with fresh perspective.  He’s probably lucky to be alive.

Galloway’s truck was T-boned and rolled two weeks ago in Modesto. Though he needed help to escape the destroyed vehicle, he suffered only two scars to his right shin.

“I’m good. The truck took the damage. I was sore the next day,” he said. “The roof was crushed except for the portion above my head.”

Baseball-wise, Turlock inflicted all the damage Wednesday. The Bulldogs’ four-run third was assisted by a costly Modesto error which should have ended the inning. Instead, a run was plated on the miscue and Souza followed with his big fly.

Turlock, which shared the Central California Conference title with Buhach Colony and Pitman in 2018, is gearing for another championship run. After Friday’s series finale against Modesto, the Bulldogs collide with second-place Pitman (4-1 in the CCAL after Wednesday's loss to Gregori) three times next week.

“We have a ton of pitching. It helps us during these three-game weeks,” Turlock first-year coach Sean Gilbert said. “We’re just trying to have a patient approach at the plate and for our pitchers to throw strikes.”

“Those three guys threw harder than anyone we’ve seen this year,” Galloway said.