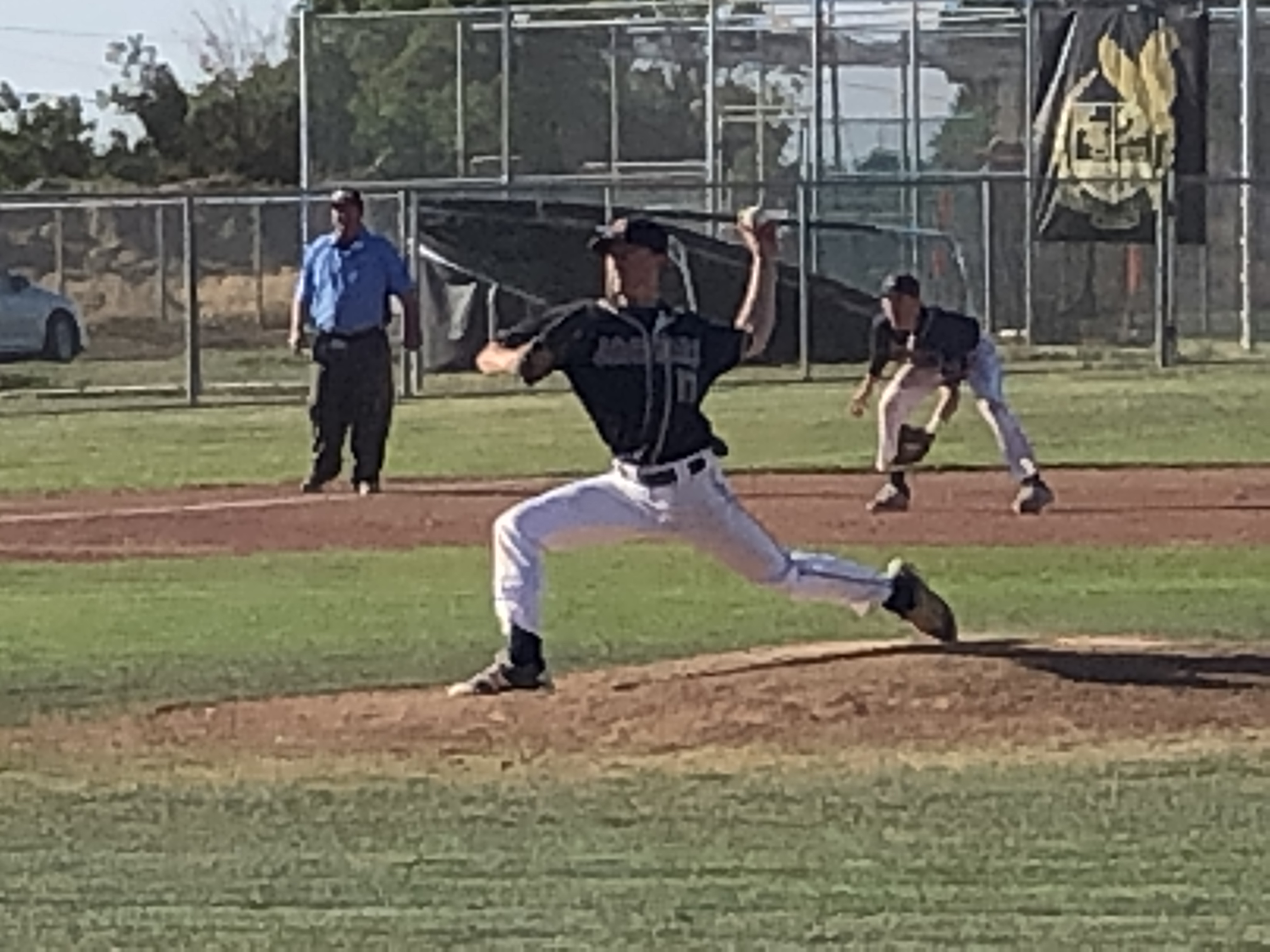 Gregori's Collin Gunn struck out 10, retired 15 in a row during one stretch and drove in the go-ahead runs with a two-run double in the ninth inning during a 10-8 victory over Enochs on Wednesday, May 1, 2019, at Dick Windemuth Field in Modesto, Calif.

To be continued: Gregori victory sets up rematch vs. Enochs for playoff berth

MODESTO – The Hollywood script demanded that the Enochs Eagles win dramatically on the day they dedicated a plaque in memory of Dick Windemuth, for whom their ballpark is named.

The script unfolded but wasn’t finished.

Gregori shook off two Enochs game-tying rallies and pushed across four runs in the ninth for a 10-8 victory Wednesday. The win sets up a winner-take-all game between the two teams Friday at Gregori for the Central California Athletic League’s No. 3 playoff berth.

“They made Friday worth something,” said Gregori coach Jim Davis, whose Jaguars would have been eliminated from the playoff chase. “We both want very desperately to win Friday. We know what’s ahead of us.”

The game rotated around Gregori junior left-handed pitcher Collin Gunn, who shook off Enochs’ three first-inning runs and turned in his season-best outing. Gunn struck out 10 and retired 15 straight, in fact, and was an out away from a 5-3 win.

Enochs (14-11, 6-8) suddenly responded. Amazingly, the Eagles drew even when a line drive by Jacob Cuculich tipped off the glove of diving Gregori shortstop Cruz Marines – a freshman thrust onto the varsity by recent injuries – for the RBI hit.

The teams traded runs in the eighth before Gregori (9-16-1,6-8) took charge.  Fittingly, Gunn – who couldn’t complete his gem an hour before – got a second chance with his bat. He lashed a two-run double to deep center for the go-ahead blow. The Jaguars pulled away on Marlon Lainez’ sacrifice fly and Chandler Anderson’s run-scoring single.

“Our coach calls it the baseball gods,” Gunn said. “They’re doing their own work.”

Undaunted, Enochs answered with two runs and had the tying runs on base when Davis summoned Carson Croasdale from left field for the final out.  Though he already trailed in the count 2-0 to Taylor Gallahan, Croasdale eventually struck him out looking on a full-count breaking ball.

“These games are great for the kids,” Davis said. “For coaches, it’s the reason why my haircut is thus.”

Dick Windemuth Field was dedicated in 2006 but the plaque featuring his likeness wasn’t completed until this season. The day illustrated how Windemuth’s 30-year coaching run at Modesto High and Grace Davis has not been forgotten.

More than a dozen of his former players, including daughter Susan Windemuth, attended the pregame ceremony. Jerry Streeter, another city coaching icon who played on Windemuth’s first team at Modesto, was there. So were two of Streeter’s great grandsons, centerfielders Hunter Brown of Enochs and Anderson of Gregori.

Windemuth, a gruff taskmaster, wouldn’t have approved of the teams’ combined nine errors.  That said, he would have enjoyed their competitive fight. Enochs entered the game with a four-game winning streak capped by a taut 1-0 victory over Gregori on Monday.

“They make me proud every day,” Enochs coach Haig Shahbazian said. “They wanted it pretty bad. It just wasn’t in the cards for us today.”