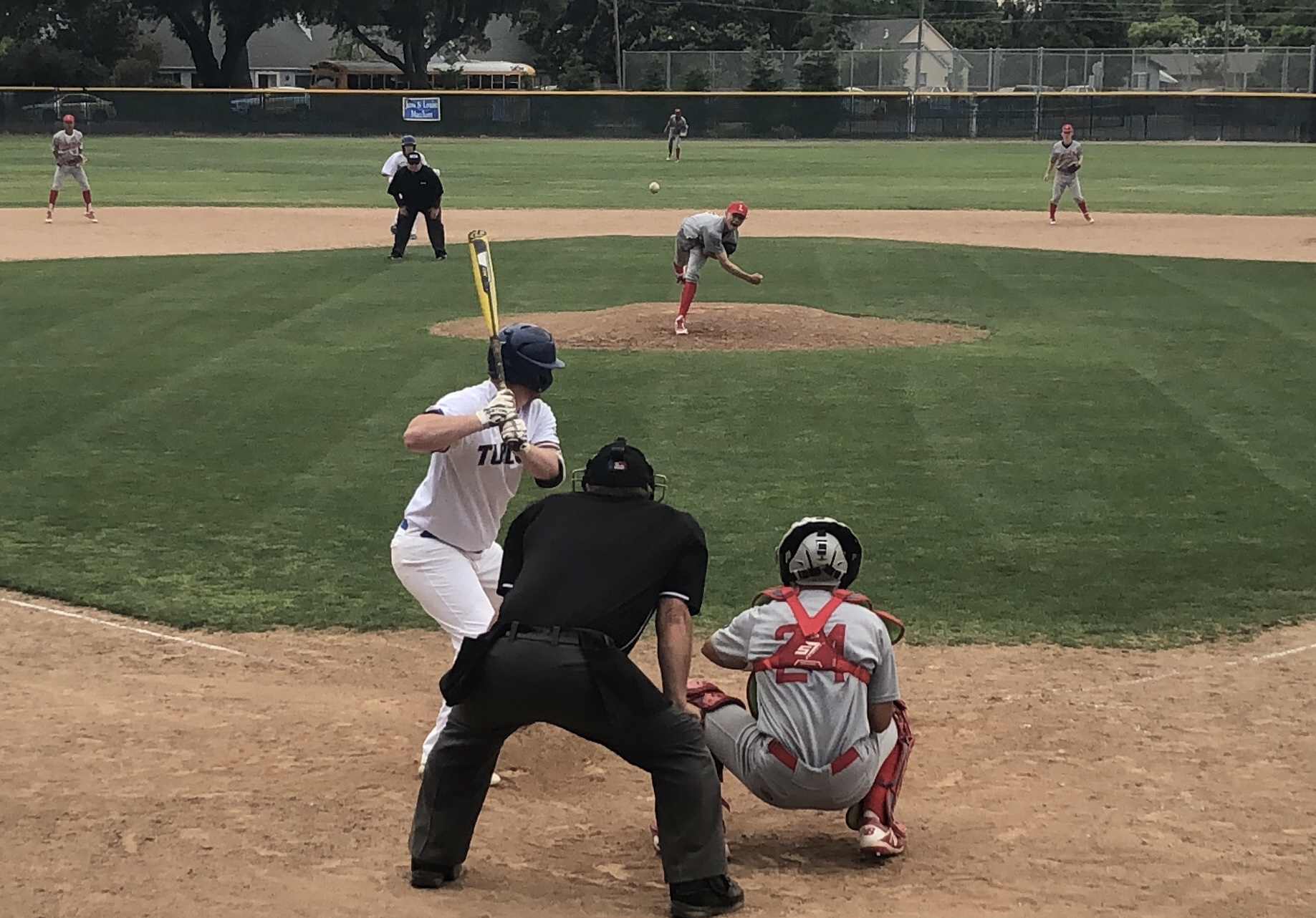 Turlock pounds Lincoln in D-I opener, will play Jesuit in second round

TURLOCK — Turlock High’s offense banged out 13 hits — six consecutive in the fourth inning — and the Bulldogs got a solid pitching performance from Garret Fountain in a 10-1 route of Lincoln (Stockton) on Tuesday in the opening round of the Sac-Joaquin Section Division I baseball playoffs.

With the victory, the seventh-seeded Bulldogs will travel Thursday to take on No. 2 Jesuit in a 4 p.m. contest. The Marauders defeated Chavez 10-0 on Tuesday.

A win Thursday would Turlock into the all-important double-elimination portion of the tournament, where the margin for error isn’t as dire.

Fountain went six innings, allowing just two hits while walking two and striking out three. He was also 1 for 4 at the plate with two runs scored.

The 6-foot-4, 225-pound right-hander had command of all three of his pitches — fastball, change-up, cutter — on Tuesday and was able to keep the

“Finally, I could get my cutter and change-up to work on the same day,” said Fountain, . “It was big-time for today.”

The six-run fourth inning  — a frame in which Fountain was the first and last batter, as the Bulldogs batted around — provided plenty of wiggle room.

“That just gave me that much more cushion,” said Fountain. “As soon we started hitting that inning, I knew I was getting comfortable up there, and I could let my defense work behind and concentrate and throwing strikes.”

King finished the game 3 for 4, while Soderstrom was 3 for 3, adding a double to his collection. Carrigg, Hines Rodriguez and Linn each had two hits apiece. Both Rodriguez’s hits were doubles.