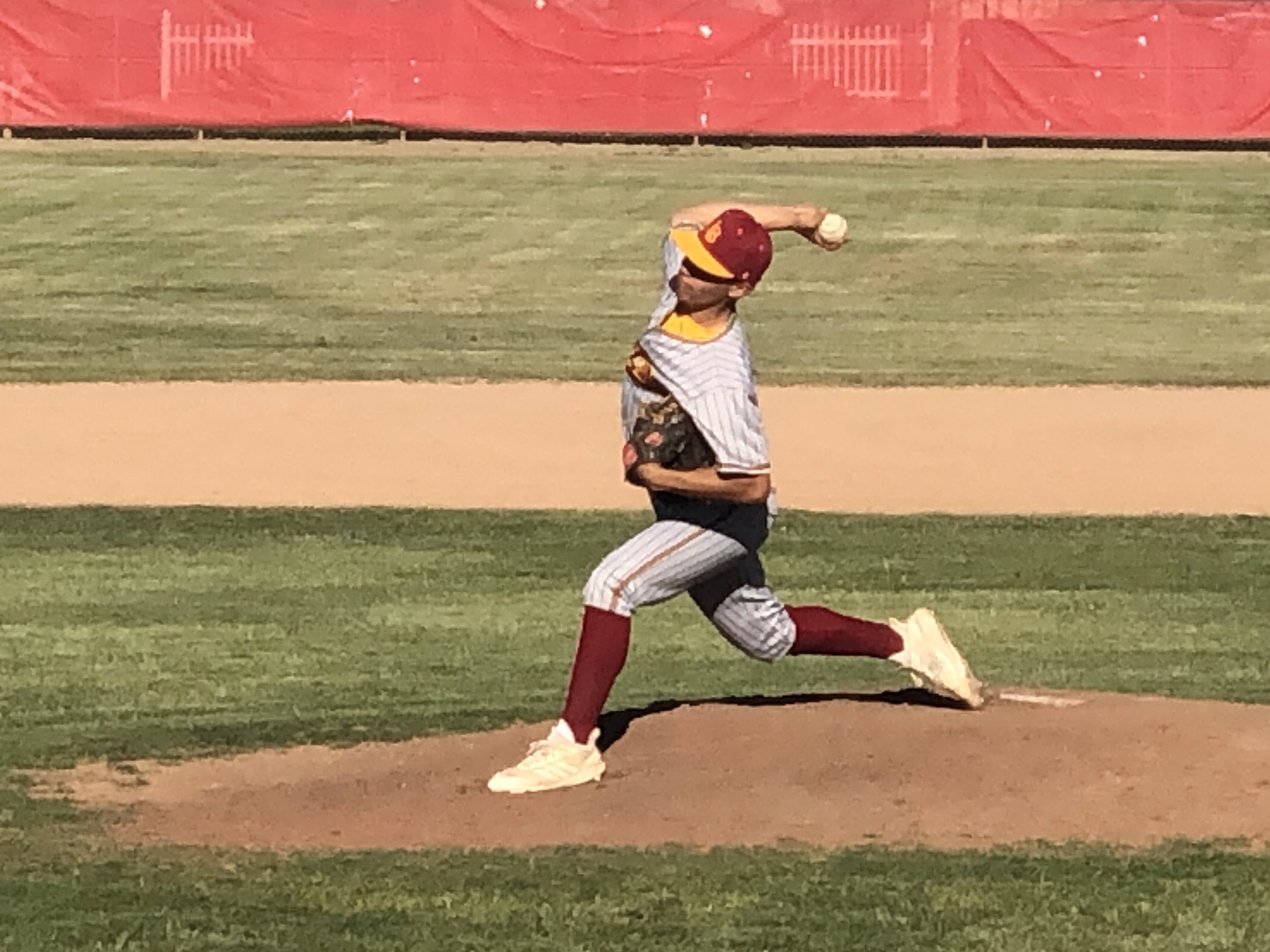 CERES – If the Los Banos Tigers seek personal advice on their immediate goals, they can look no farther than their own coaching staff.

“It seems impossible we’ve got only one (section title) in history,” said Fuentes, who’s completing his sixth season as coach. “We’ve done it. We know it’s possible.”

Los Banos, one of the area’s powerhouses, has raised its expectations bar. There was scant celebration Wednesday afternoon after the Tigers (16-1, 10-0) clinched their third straight Western Athletic Conference title by drubbing second-place Ceres 13-0 in five innings.

The Tigers figured to be good this season. They upgraded to “juggernaut”after senior righthanded pitcher Max Ramirez transferred last summer from Watsonville.

Ramirez, supplementing a mid-80s fast ball with a nasty curve, struck out 10 and allowed only two singles. Ceres (9-11, 7-3) put only six balls in play against Ramirez, who’s Robin to Kody Cardoza’s Batman in Los Banos’ rotation. Ramirez twice struck out the side, the latter to end the game.

“I was feeling it. That was one of the best outings I’ve had,” said Ramirez, a member of the Watsonville varsity for three years before his transfer. “This team is looking really good. If we keep playing like this, we can go far.”

Cardoza dominated Ceres 9-1 earlier this week, and the rematch was even more lopsided.  The Tigers took advantage of four Ceres errors to lead 5-0 after two innings. They then sent 11 batters to the plate during a six-run third.

Cardoza, Los Banos’ four-year varsity star, entered the game due to an injury and contributed a ringing two-run double down the right field line. The Tigers’ 14-hit attack pleased Fuentes, who has made improved offense a priority this season.

Why more offense? Begin with first-round tournament losses in 2016 and ’17 and a second-round elimination last year. This season, the Tigers have outscored their WAC opponents 104-4.

Leadoff man Trent Mallonee, the Merced Sun-Star’s Player of the Year in 2018, triggered everything by going 3-for-4 and scoring three runs.

“We stressed pitching and defense during the early years, but seeing the Sacramento schools in the tournament made us get our hitting up to par,” Fuentes said. “We’ve gotten over the hump on the offensive side. Pitching and defense is neat, but you won't move on without hitting.”