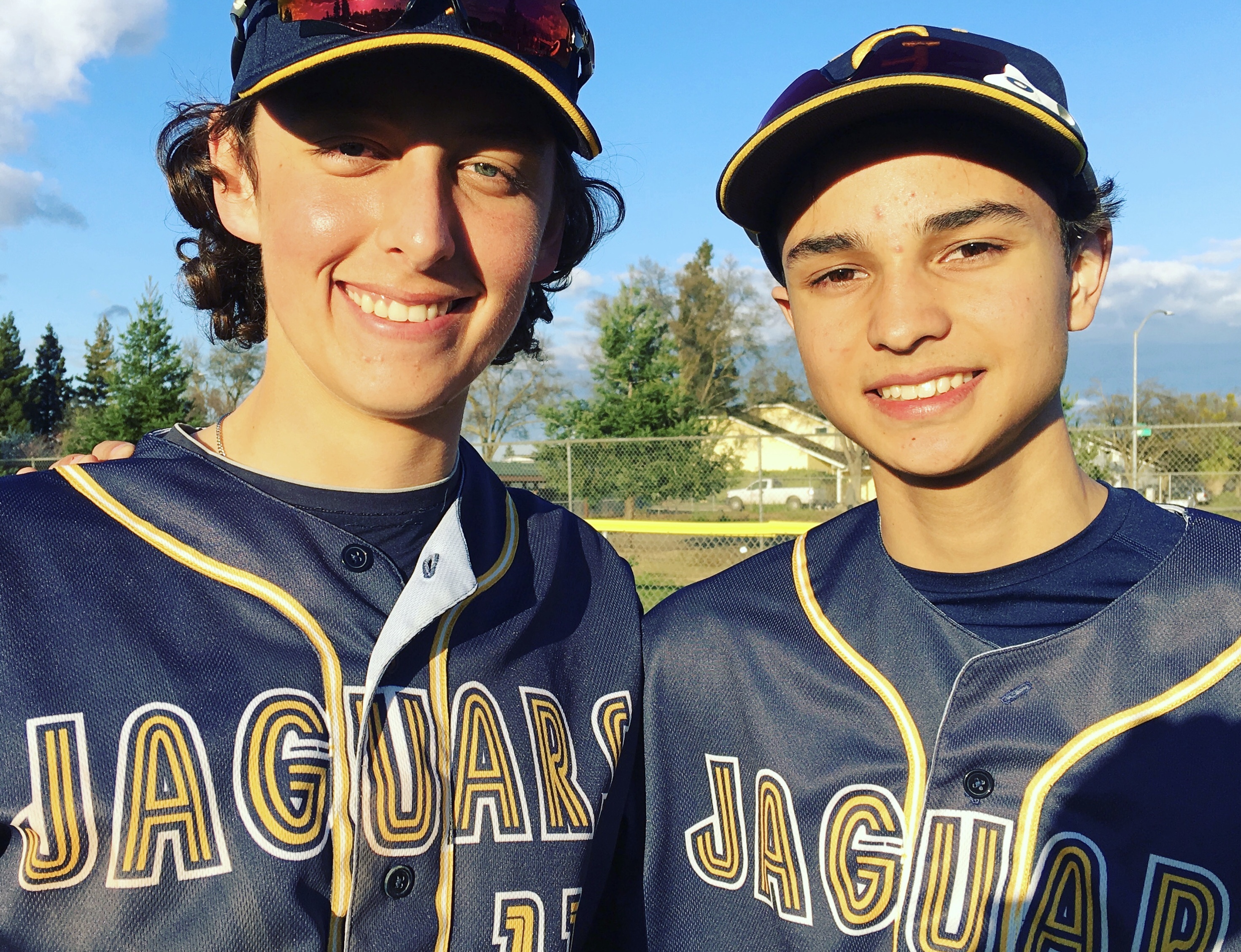 MODESTO – Maybe it was the tree-rustling 20-mph wind that turned all fly balls and popups into adventures or the occasional sunshine mixed in with a few raindrops.

More than anything else, the thing that unsettled the Gregori-Beyer baseball game Tuesday was the new reality: They met as non-league opponents.

"Coach Davis (Gregori coach James Davis) and I talked right away last year that we wanted to play each other a couple of times,” said Beyer coach Dominic Duran, who coached alongside Davis years ago at Johansen.  “We wanted to play them like they are league games.”

Before that happens, they booked a home-and-home beginning with Gregori’s 6-3 win amid the gusts at Paul Cornwell Field. The rematch is Thursday at Gregori.

The teams combined for five errors and assorted other physical and mental lapses, but the Jaguars (1-4-1) committed fewer mistakes en route to their first win.

Senior lefty and winning pitcher Mateo Cisneros, one of only two returning starters, stabilized Gregori by pitching around trouble for 5 1/3 innings.  He struck out five and walked only one while the Jaguars built a 6-0 lead.

“My curve wasn’t working today,” Cisneros said. “I tried to stay outside and pound the outside corner.”

Cisneros, not overpowering at 5-foot-9 and 150 pounds, stayed on-point though he allowed seven hits. He stranded the bases loaded in the second and, with two on and two out in the third, struck out James Goeken on a high and tailing-away fastball.

“Cisneros threw strikes and that’s all you want on a funky day like this,” Davis said. “That was his third straight good outing, which is want you want from the older guys.”

Goeken got even with Cisneros, however, with his well-struck three-run double in the fifth. But alert Gregori catcher Dylan Boney picked off Goeken moments later to end the inning.

Gregori, out-hit 10-6, took advantage of three Beyer errors in the first to lead 2-0. That set the tone as Gregori added more unearned runs in the third and fifth.

The loose play wasn’t seen much by a Beyer team last year which won the Sac-Joaquin Section Division III title and shared the MMC crown with Modesto. Starter and losing pitcher Daniel Lee, who deserved a better fate, was relieved after one batter in the fifth.

“We’re error-heavy. Sometimes we can’t throw the ball 60 feet,” Duran said. “If we played defense behind him (Lee), he would have lasted longer into the game. Right now, we’re not mentally prepared…I put that on me.”

Beyer (2-5) did show some fight. Centerfielder Brady Cardozo threw a strike to the plate for a threat-ending double play in the fourth. Duran said it was Cardozo’s third or fourth assist this season.

Goeken’s hit also energized the Patriots. So did reliever Todd Patterson, who struck out six in 2 1/3 innings.

Beyer even brought the potential tying run to the plate in the sixth, but Cardozo’s drive to center – knocked down by the wind – was caught short of the fence. Gregori reliever Kobe Dumlao dodged that bullet and retired the Patriots in order in the seventh.

Asked if Cardozo’s blast would have cleared the barrier on a calm day, Duran said, “Very possible.”

Regardless, the teams will re-engage Thursday. Hopefully, in better weather.