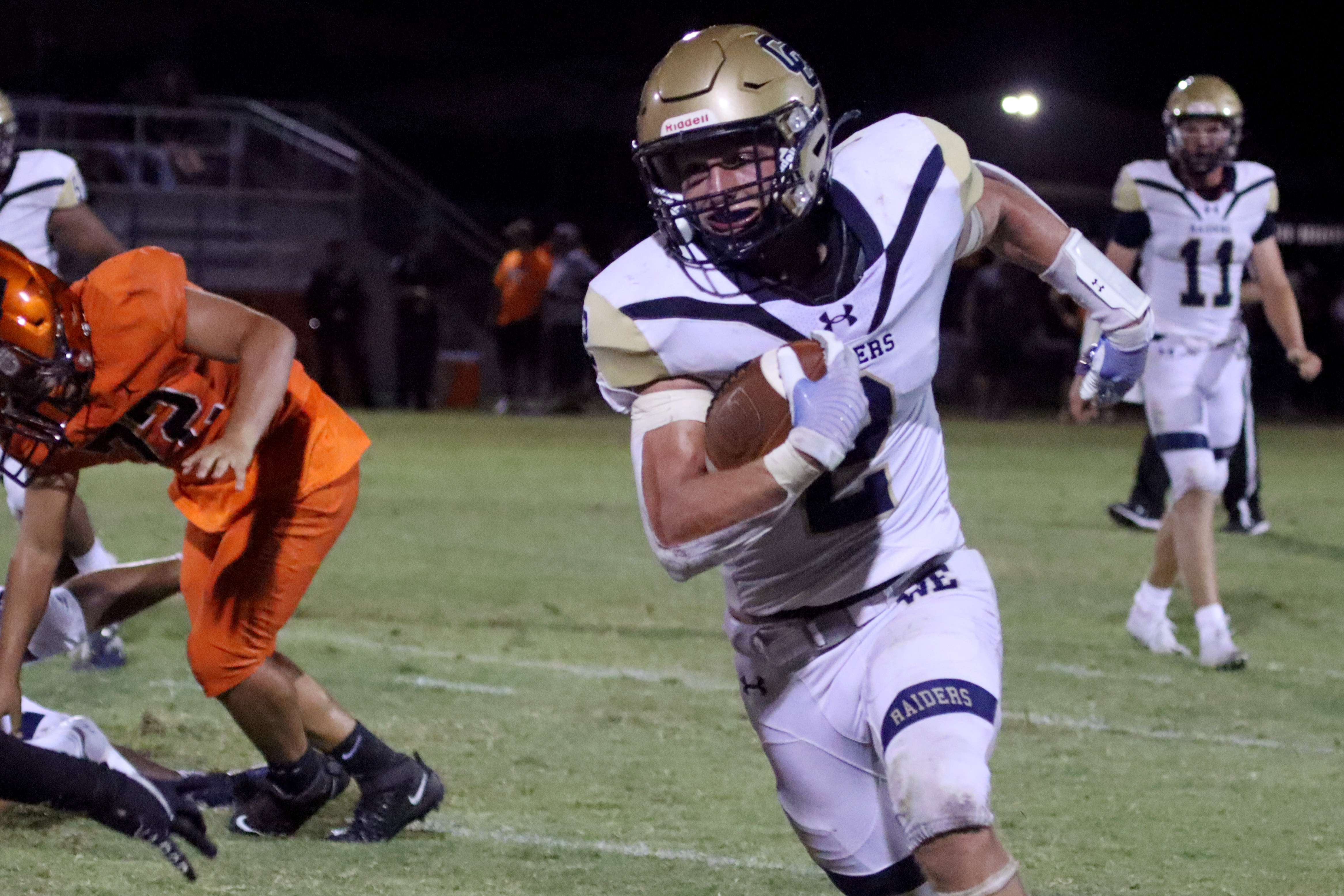 The atmosphere at Merced High was electric with the crowd cheering, the marching band playing and plenty of alumni and community members in attendance.

“We’re excited (the new stadium) is here,” said Merced coach Rob Scheidt. “We got a lot of work to get the kinks out. Hopefully we get a victory here next time we’re here.”

Initially, the two teams seemed to be evenly matched with the Bears answering every touchdown the Raiders scored. Tyler Jacklich scored the first touchdown of the game and Merced quickly responded with a touchdown by Enoch Evans.

Raiders’ quarterback Tyler Wentworth forced his way through Merced’s defensive line to score from first and goal. With six and a half minutes left in the second quarter, Merced’s Chase Smith scored off of a 29-yard run to make it 14-all.

“First half, 14-14, that’s not what we wanted,” said Jacklich. “Last year, we tended to be a second half team and we are trying to change that this year. We’ve got Bosco on our schedule and Serra and St. Francis. We can’t play like this against teams like that and expect to win.”

Central Catholic returned to the field with determination.

Just a minute into the second half, Raiders’ cornerback Trace Hernandez ran a 58-yard touchdown off a pass from Wentworth. Wentworth followed that up with a pass to Tiago Armstrong who ran 17 yards for another touchdown. With a successful two-point conversion, the score was 28-14 with 6:39 remaining in the third quarter.

Merced’s Smith scored a minute later to close the gap to 28-20, but that was the Bears’ last touchdown of the night. Jacklich and Hernandez clinched the Raiders’ win with 46- and 63-yard touchdowns, respectively.

“We just played hard,” he said. “We got a little bite in the second half; we got a little more physical. We made plays and we shut them down.”

Samantha Schmidt is a reporter and photographer with FrontRowPreps.com.