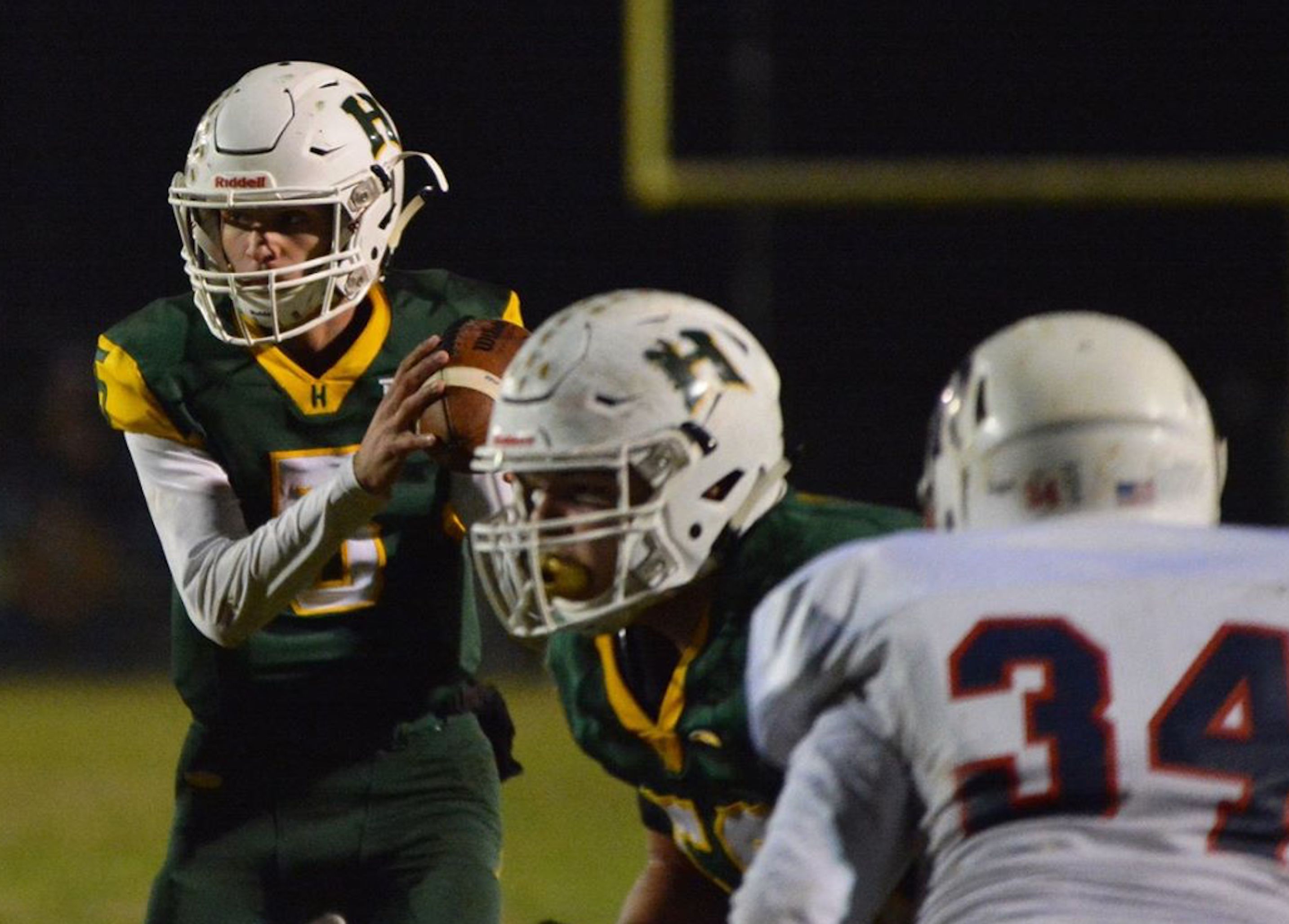 Hilmar High senior Treven Crowley, who quarterbacked the Yellowjackets to section and state titles 2018, said he probably will not play football this fall. He has shifted his focus to baseball.

Hilmar High senior Treven Crowley has agonized over the decision that stresses every elite high school athlete: Do I compete one more time with my friends, or do I heed my future? For now, Crowley has chosen the latter.

The efficient quarterback who guided the Yellowjackets last fall to a Sac-Joaquin Section Division VI title and the CIF D-VI AA title – the first state championship in school history – has accepted a full baseball scholarship to Fresno State.  Crowley and his 90-mph fastball are Bulldog-bound, and the risk of a career-altering football injury has been deemed too great.

“I’m probably not going to be playing (football),” Crowley said Friday. “I’m most likely not playing, which sucks. … It’s kind of common sense.”

Rest assured, Hilmar veteran coach Frank Marques has opened the door to a change of heart. Crowley has until July 29, the first day of football practice, to officially declare. Marques, entering his 17th season in charge of the Yellowjackets, said he supports Crowley regardless of his choice.

Meanwhile, Crowley and his No. 5 are listed on Hilmar’s preseason roster. Without question, Crowley makes the Yellowjackets better in 2019. Also true is that he rolls the dice with his baseball future if he again throws touchdowns under the Friday night lights.

“Treven is a great athlete who has to pay attention to his future. I believe that he’s not going to play,” Marques said. “I support his decision. … I know it’s killing him. He’s an all-in guy.”

Crowley engineered the Hilmar offense almost without major error last fall. He passed for 1,520 yards, 18 touchdowns and, tellingly, zero interceptions. Supported by such weapons as the graduated Justin Rentfro, Isaac Sharp and Bryan Millan, he and the Yellowjackets (13-2) ripped through the postseason.

A second-round 28-18 win over Trans Valley League rival Escalon was pivotal. After that, Hilmar was not seriously tested. A 49-0 pasting of Strathmore in the state final capped a memorable run. Clearly, the team peaked after difficult TVL losses to co-champs Modesto Christian and Ripon.

Which makes Crowley’s decision all the more painful.   He has spent the summer showcasing his baseball talent for regional teams as he ponders what's ahead with his father, his family, Marques and peers.

“My dad said, ‘Treven, you have to think for yourself now. Do what’s best for you,’” Crowley said. “This is one of the first grown-up decisions I’ve had to make.”

His decision is more complicated than a simple either-or. Fresno State has granted Crowley a full-ride scholarship, and those are rare in baseball.  NCAA Division I teams are allowed only 11.7 scholarships each season for rosters topping out at 27 players.

Crowley also targets the 2020 Major League Baseball Draft next June. He says there is a chance he could sign professionally, especially if he’s selected in the first five rounds.

“This is a lifetime thing,” he said.

Crowley, 6-foot-1 and 165 pounds, is physically gifted but not physically intimidating, like Rentfro. If he returns to football, he knows he can’t tiptoe around the field. Football rewards aggression, not timidity.

Without Crowley, Hilmar – bidding for its third straight section title but its first TVL crown since 2016 – still figures to contend in arguably the state’s toughest small-schools league. Seth Miguel, a junior and a three-sport athlete, is ready to take over at quarterback.

As for Crowley, he plots out his senior year.  Basketball is out, but he plans to play baseball for the Yellowjackets next spring. Until then, he still works out with his football teammates as he tries “to enjoy the moment and having personal time with them."