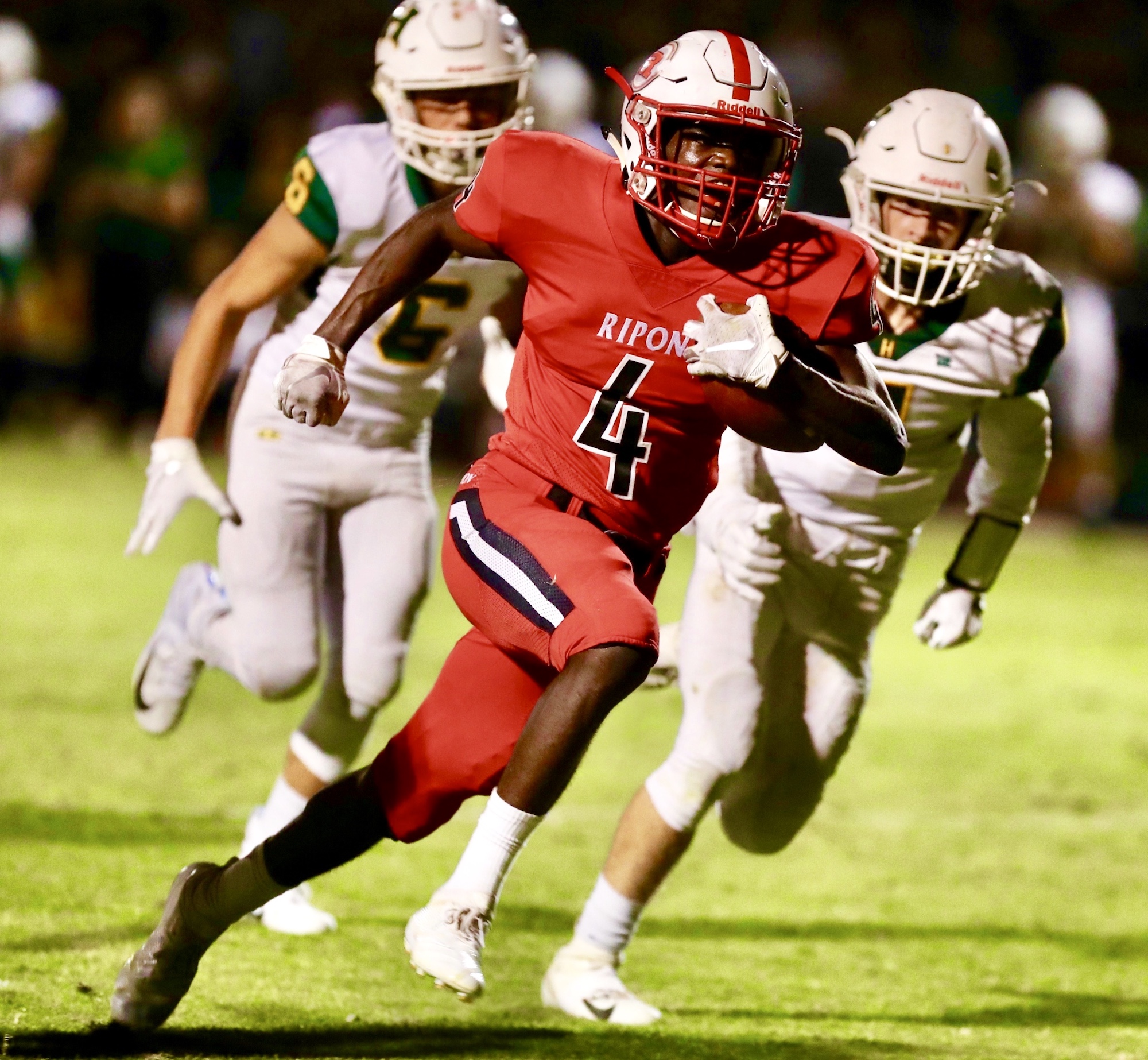 1. (3) Ripon (9-1, 5-1): The Indians ascended to No. 1 for the second time this season after a thrilling, last-minute victory over Modesto Christian. Junior Nathan Valdez kicked the game-winning, title-clinching field goals as Ripon stormed back from a 15-0 deficit. Next: Bye, Division V playoffs.

t-2. (2) Escalon (8-2, 4-2): You could make a compelling argument that the Cougars should be No. 1 in the final poll, because they own the head-to-head with the Indians. However, Escalon’s climb in this poll was blocked by losses to Modesto Christian and Hilmar. Next:  Bye, Division VI playoffs.

t-2. (1) Modesto Christian (9-1, 4-1): The Crusaders fall into a tie for No. 2 with the Cougars after relinquishing a two-score lead in their regular-season finale. As strong as Modesto Christian has looked, the offense struggled in the red zone and final quarter against the Indians. Next: Bye, Division VI playoffs.

6. (6) Denair (9-1, 6-1): The Coyotes wrapped up one of the greatest regular seasons in school history. With a 60-26 victory over Waterford, Denair won its ninth game — the most in a single season in the MaxPreps era. Next: Bye, Division VII playoffs.

7. (7) Sonora (6-4, 5-0): After a disappointing first four weeks of the season, the Wildcats’ resiliency was rewarded with its fifth straight MLL title and a top seed in the Division V playoffs. Sonora closed the regular season with a rivalry win over Summerville. Next: Bye, Division V playoffs.

10. (10) Calaveras (6-4, 4-1): John Arbuckle rushed for 315 yards and four touchdowns in a “Big Game” victory over rival Bret Harte. After starting the season 0-3, Calaveras won six of its last seven games. Next: vs. Highlands, Division VI playoffs.