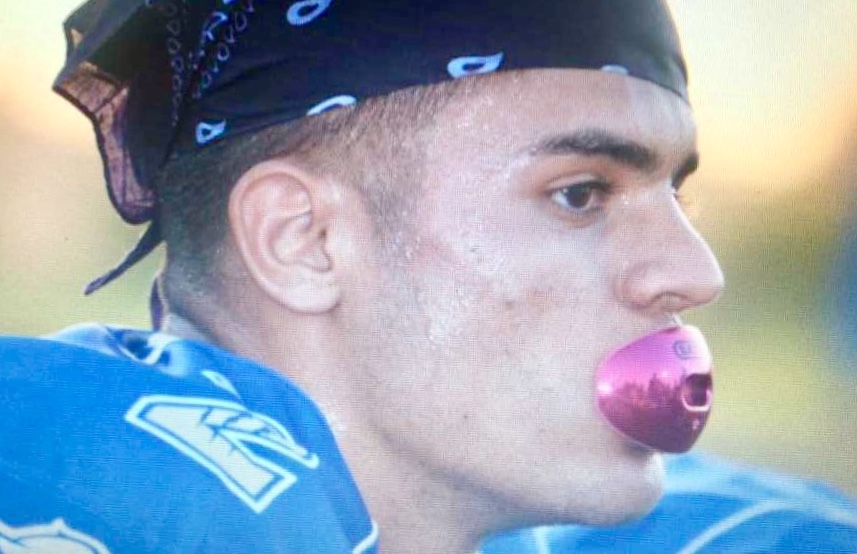 Waterford quarterback Michael Vivo has thrown six touchdown passes in the last two games and recorded a career-high 342 yards on 13 completions in a victory over Le Grand on Sept. 28, 2018. (Vivo family)

Defenses shown no mercy by Top Gun award winners: 'We took them apart'

WATERFORD — His confidence courses through the huddle, uniting and igniting an explosive small-school offense.

Third-year varsity player Michael Vivo truly believes he can do it all from under center for the 10th-ranked Waterford football team— and he’s been given creative license by coach Lonnie Statzer.

It’s paid big dividends for the Wildcats, who climbed back into the FrontRowPreps.com poll with a 49-7 victory over Le Grand last week. Waterford has won five of its six games, including a 35-21 victory over No. 9 Big Valley Christian.

The Wildcats followed that win with a lopsided loss to No. 4 Ripon Christian, tumbling out of the top-10. Waterford’s resolve was tested by injuries sustained against Big Valley and then nearly crushed by the barnstorming Knights, who snapped Orestimba’s 23-game Southern League winning streak last week.

“We’ve gotten a lot healthier since (Ripon Christian),” Vivo said. “We’re really clicking. We just got to beat whoever is across from us every Friday from here on out. We can’t do anything about who we got to play. We just got to handle our business.”

Vivo has been a young man about his business, throwing six touchdowns against no interceptions in the last two games. He strafed Le Grand’s secondary for a career-high 342 yards on just 13 completions, earning the Panelli Passing Academy Small-School Top Gun award for the second time this season. He was also a Top Gun honoree following his Week 0 performance against Johansen.

“I have a lot of confidence in my arm,” Vivo said, “and I know I’ve gotten better with decision making. Being able to throw from the pocket was something I really worked on and it was something I wanted to show I could do.”

All season long, Vivo has credited the offensive line and a well-devised run script for creating time and opportunity in the pass game. Waterford rushed for more than 200 yards against the Bulldogs, including 70 yards and a touchdown by Vivo.

“We definitely wanted to attack them through the air, but it really opened up because we successfully ran the ball as well," said Vivo, who has 1,428 total yards and19 touchdowns, including 908 yards and 11 TDs through the air. "We were taking what Le Grand gave us and I felt we just took them apart.”

Pacheco's Marcus Ordunez has been named the Panelli Passing Academy Large-School Top Gun award winner after amassing 306 yards of total offense and six touchdowns. He completed 15 of his 19 passes for a season-high 240 yards and five touchdowns. The senior dual-threat type also rushed for 66 yards and a touchdown as the Panthers routed Davis to remain tied atop the Western Athletic Conference.

Pacheco and Mountain House are the lone unbeatens in conference play. Ordunez could be in for another big night. Pacheco hosts one-win Ceres on Friday.