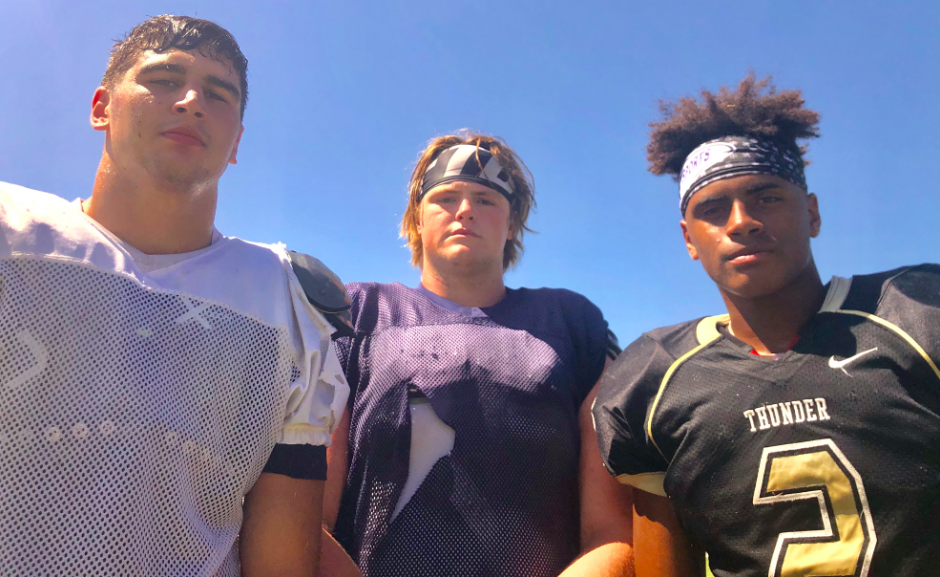 MODESTO — Three of the top large-school football teams in the Front Row Preps region came together Saturday at Central Catholic High School’s David Patton Field for a final tune-up before the official start of the season on Aug. 23.

Turlock, Buhach Colony and the host Raiders — along with small-school stalwart Calaveras — traded blows for much of the morning in a competitive two and a half hour session.

The three large schools essentially fought to a draw, with each team showing glimpses of why they’re held in such high regard. Calaveras, meanwhile, was able to hold its own against the bigger clubs.

“We come in here as the underdog," said first-year head coach Doug Clark, who takes over for Jason Weatherby, who stepped down this offseason after 11 years at the helm. “These teams should beat us up a little bit. You know, bigger, tougher, higher divisions. So we come in here and all we want to do is make sure that we’re lining up right and we’re  giving 100 percent effort. And we’re not worried one bit about how many times we’re in the end zone or the other team’s in the end zone. We’re worried about fundamentals.”

Calaveras opens the season with a home date against Escalon, while Buhach Colony will travel to take on Gregori. Turlock plays host to Freedom (Oakley) and Central Catholic will entertain Clovis West.