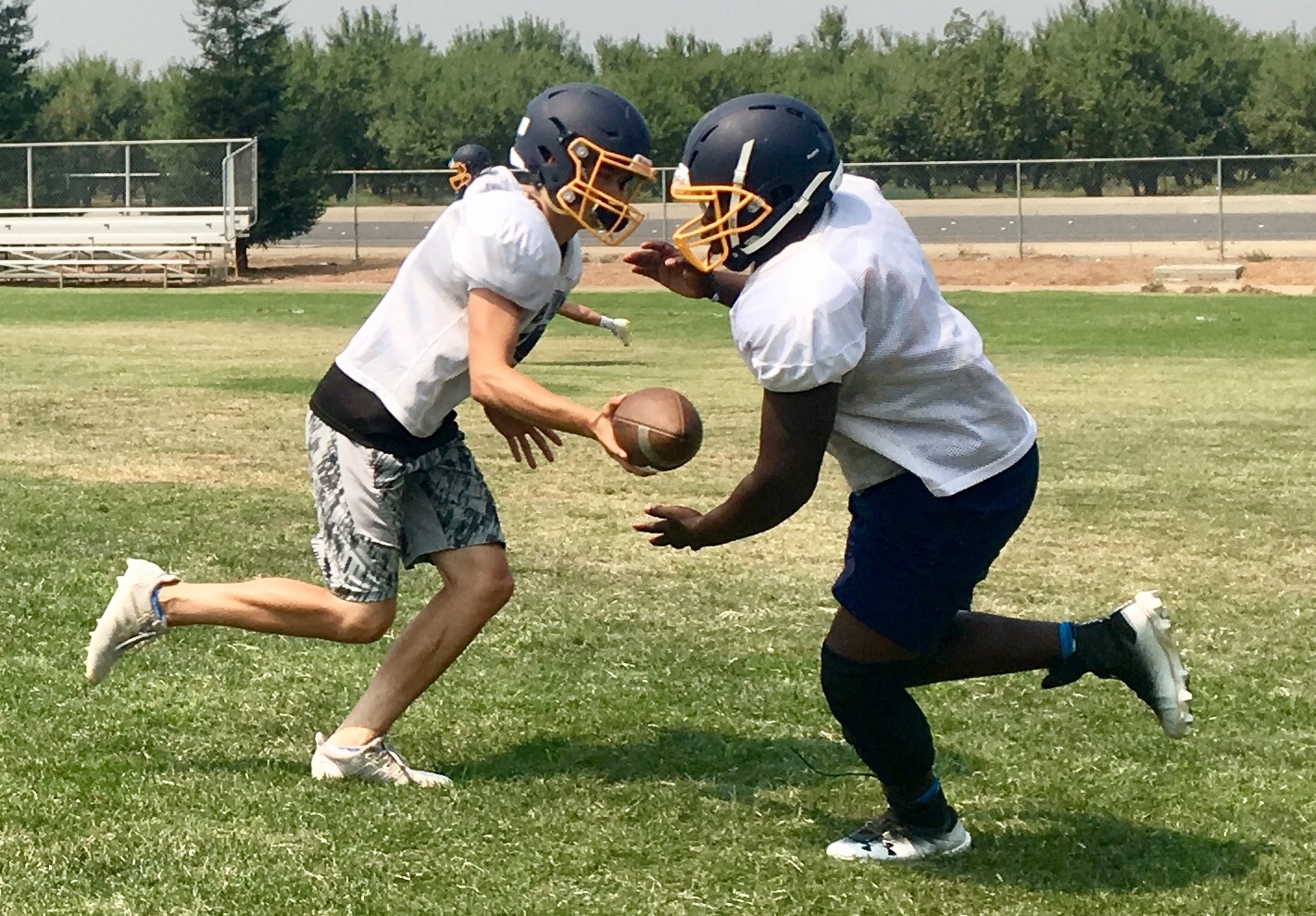 Big Valley's Drobnick tops section in rushing, but can he set regional record?

Six games into the season and Big Valley Christian running back Javyn Drobnick remains on pace for a historic finish.

Drobnick leads the Sac-Joaquin Section in rushing with 1,245 yards, averaging 207.5 yards per game. He has topped 100 yards in each game, including a school record 376 yards in the Lions’ season-opening victory over Harker of San Jose. The 5-foot-7, 175-pound junior had 264 yards on 23 carries in a 26-10 victory over Stone Ridge Christian last week.

With an accommodating Central California Athletic Alliance schedule ahead, beginning with Saturday’s clash with Millennium (3-4, 2-1), Drobnick remains on pace for a 2,000-yard season, which would place him among the area’s all-time greats.

He wants the crown.

Drobnick has his sights set on the single-season rushing record set by Oakdale running back Will Semoni in 2016. Now a sophomore at Cal Poly, Semone, a former Central Catholic bit player,  ran wild in his only season in the Mustangs’ sped-up Wing-T, finishing with 2,851 yards in 16 games.

At his current pace, Big Valley Christian (5-1, 3-0) would have to win its first Sac-Joaquin Section championship and reach a CIF State regional bowl for Drobnick to make history.

If Big Valley Christian wins out in the CCAA, which its favored to do, the Lions would likely be a top seed in the Division VII playoffs and receive a first-round bye. While the bye helps their section title chances, it hurts Drobnick’s bid at history.

With potentially one less game, Big Valley Christian would likely need to win sections and advance to a regional bowl. In this scenario, Drobnick wouldn’t be the only one chasing history.

The Lions have never played for a section title.

Ironically, Drobnick won’t be the only the high-profile running back on the field Saturday evening.

Millennium’s Isaiah Woods has rushed for 1,242 yards in seven games. He faces a Big Valley run defense that hasn’t allowed a 100-yard rusher all season and should be bolstered by the return of linebacker Caleb von Donselaar (ankle) and Blade House (sick), a Turlock Christian transfer.

The defense is spearheaded by captain Josh Grabowski, who helps with the Lions’ alignment on each play.

“Do what we have been doing,” coach Brian Berkefeld wrote in a message to FrontRowPreps.com. “Team defense, gang tackle. It will take a team effort. Try to contain (Woods’) speed. … Need guys setting the edge, forcing him back to our other guys.”