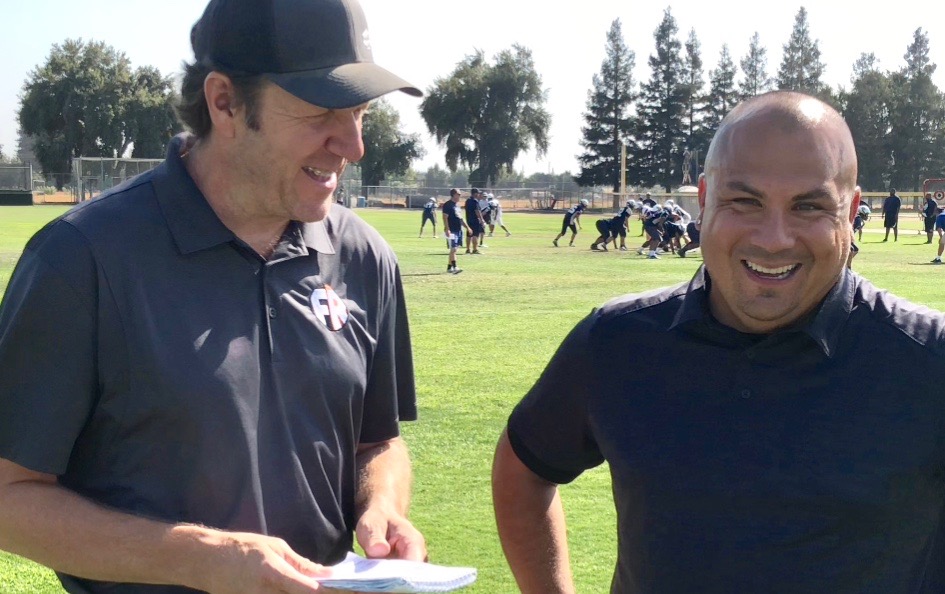 Bold or just bald?: Small schools threaten to steal the spotlight this week

It's not often that two small-school programs can steal the spotlight away from the larger schools, but No. 10 Waterford and No. 9 Big Valley Christian are trying to do just that.

Coach Lonnie Statzer's Waterford club is off to a 2-0 start with lopsided wins against Johansen and Turlock Christian. Brian Berkefeld's Big Valley Christian squad also is 2-0, with lopsided victories against Harker (San Jose) and Le Grand. Both teams have star offensive players -- Waterford QB Michael Vivo and Big Valley RB Javyn Drobnick -- and defenses that fly to the football.

It's a game that figures to be so entertaining that Front Row Preps' James Burns will be on hand to report on this small-school biggie.

And even though Calaveras (0-2) has dropped out of the Front Row Preps' small-school top-10 rankings, it remains a very dangerous team. But Ripon also is a dangerous team, having pitched a shutout for its first 11 quarters of action this season. Only a fourth-quarter TD by Central Valley last week prevented the Indians from turning in a third consecutive clean sheet.

Not to be outdone, the large-schools remain the focal point for this week's Chicken Ranch Casino Game of the Week: Modesto (1-1) at Patterson (2-1). These teams have met the previous four seasons with each team winning one nail-biter and one blowout. Patterson has scored 51 and 53 points in its two victories this year, but the Panthers are well rested, having come off their bye week, and ready for what always figures to be a run-and-gun affair.

Enochs (1-2) travels to Central Valley (1-2) in a game between two evenly matched large-school teams. The Eagles drew praise from Central Catholic coach Roger Canepa, who said they were the best team he observed while scouting a summer scrimmage. Mistakes have cost Enochs dearly in both their loses. The Hawks, meanwhile, throttled crosstown rival Ceres 35-0 to start the season, then lost a close game to Sierra and then was blown out by Ripon, though they're the only team to score against the Indians. Both teams are looking for a win to build momentum as the league schedule fast approaches.

Here's a closer look at all of our picks for Week 3: