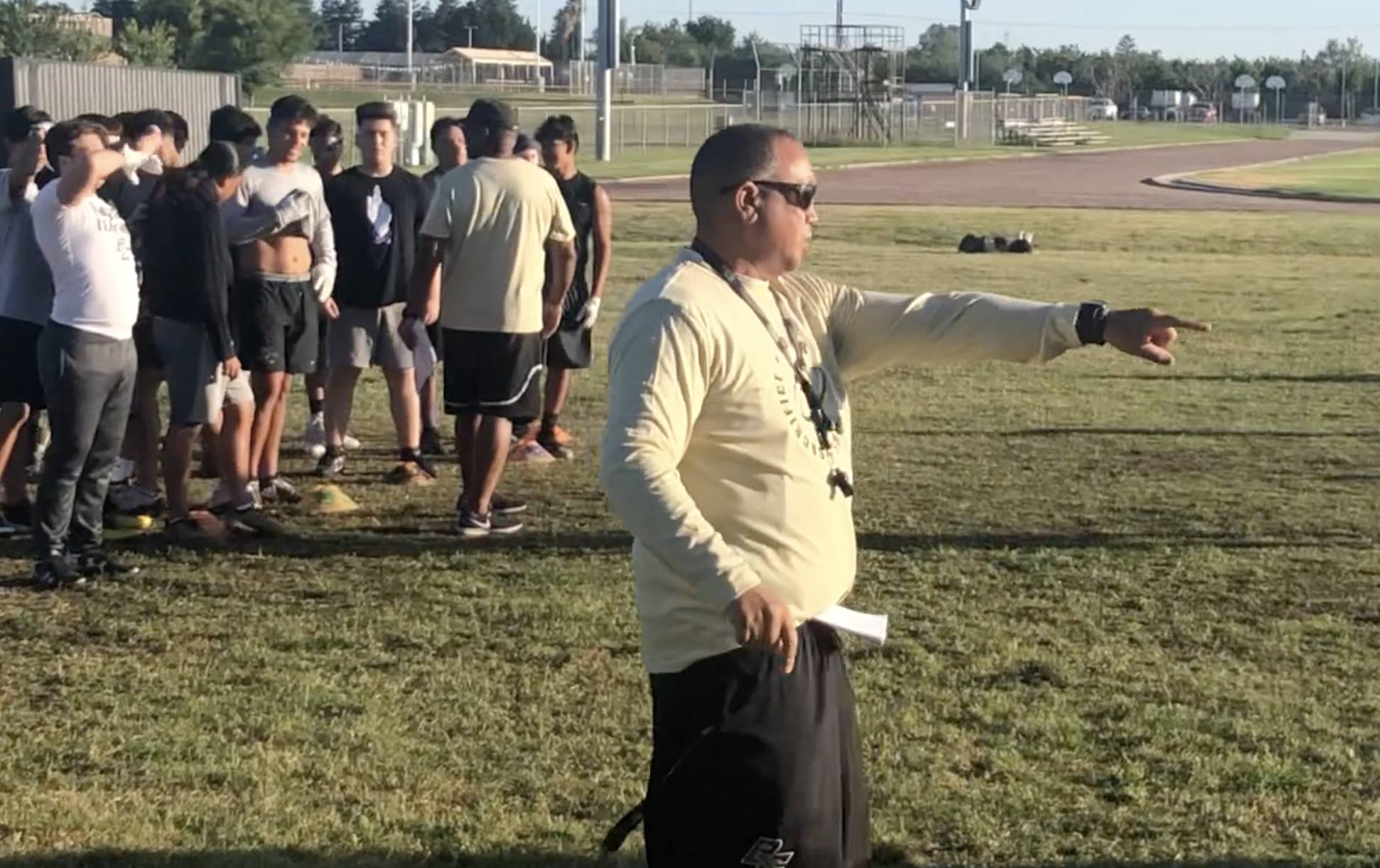 It’s early on a Tuesday morning before the Fourth of July and Buhach Colony is trying to beat the Valley heat as it puts the final touches on workouts before the three-week dead period, mandated by the Sac-Joaquin Section, takes effect.

Navarra and his Thunder have work to do.

Riding the wave of momentum created by back-to-back playoff appearances — the school’s first since 2012 when BC reached the Division II semifinals for three consecutive years — a Central California Conference championship is the goal this year. But for the first time since former coach Kevin Swartwood’s mini-dynasty of the early part of this decade, it’s the expectation.

And nobody has larger expectations than Navarra himself.

“Obviously our goal is to always compete for a league title first,” said Navarra, now in his sixth season as BC’s head coach. “The last couple of years we came up short versus Turlock, short versus Merced.”

The Thunder are 16-7 the past two seasons, with a 28-19 playoff victory last season over Ponderosa, the first for Navarra, who is 29-21 in his five seasons at BC.

“I kind of feel like we’ve got some momentum,” said Navarra. “We have a good returning core of kids that we think can compete for a title and, hopefully, make a little deeper run in the playoffs.”

Among the leaders of that returning core is defensive back Trey Paster, who is drawing the attention of several Pac-12 schools. He’s limited his choice to five schools — Washington, Cal, UCLA, Oregon and Utah — and he plans on making a decision in a couple of weeks.

He’s not the only one back there.

Senior Youlas Dickson and junior Jalon Jackson figures to give BC one of the toughest defensive backfields in the region. And just like teams shied away two season ago from L.J. Wallace, who signed to play at Colorado, teams figure to  pick on Paster’s opposite number. And Dickson is OK with that.

“I expect it, but it’s going to be a hard thing for them to accomplish,” said Dickson, a 5-10, 175-pounder who bench presses 360 and is drawing interest from UC Davis, Cal Poly and Eastern Washington. “It happened when we had Lavon Wallace on that side and they tried picking on my side.”

“I feel like we’re just looking for the right dynamics to see if we can put this together and, like I said, make a run  towards a title,” said Navarra.