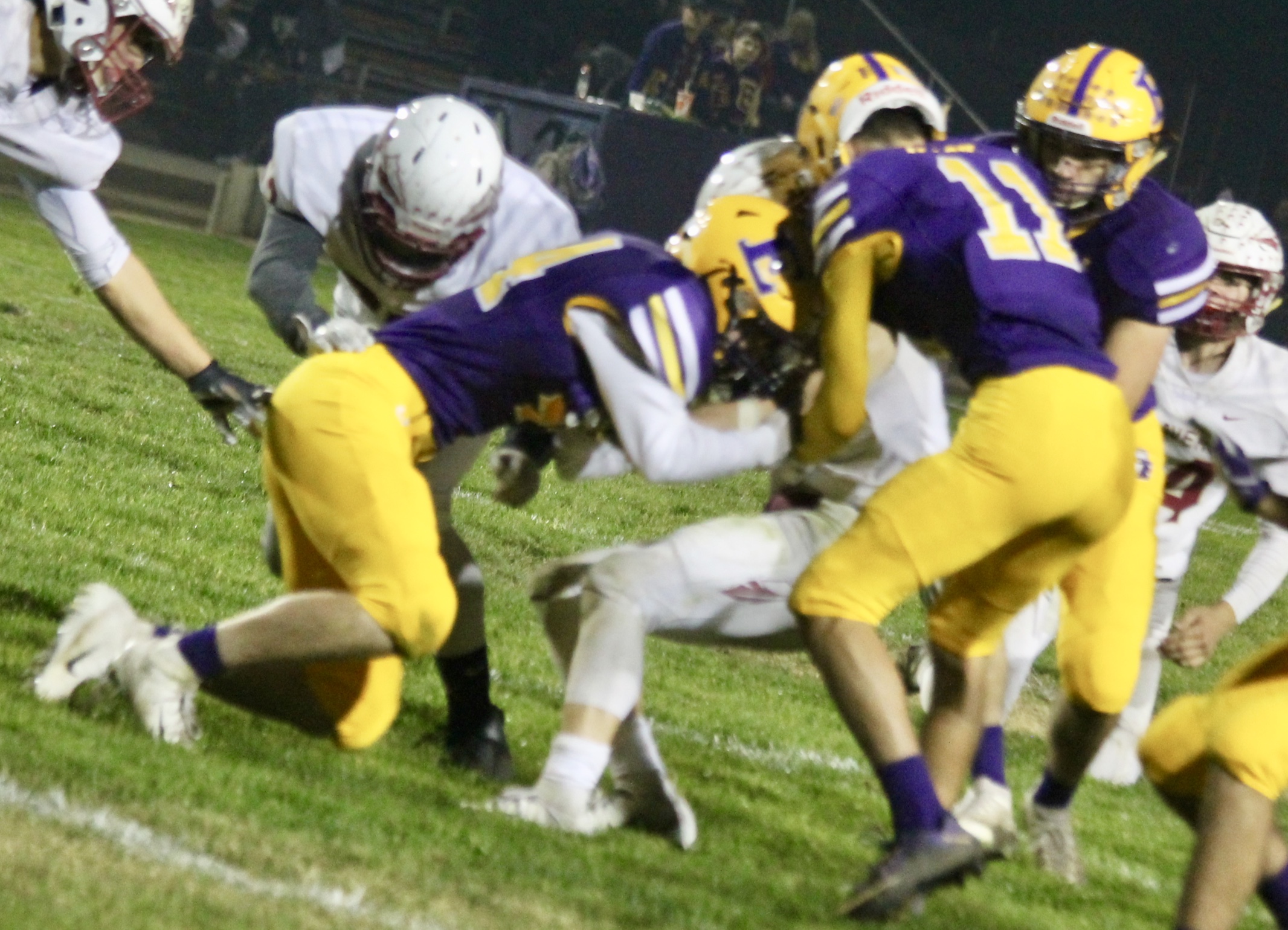 Without starting quarterback, Escalon returns to the run. 'We found our identity,' Beam says

ESCALON — The Escalon High Cougars could have been thrown sideways as they opened their Sac-Joaquin Section Division VI playoffs Friday night.

Their season-long starting quarterback, senior Lucca Dutra, was not medically cleared to play. Further, Calaveras was familiar with the Cougars after their meeting in August.

Ingredients for an upset, right? Escalon’s answer: Forget it.

Mark Loureiro, the winningest coach in section history before he handed Beam his whistle, no doubt enjoyed this one.  Escalon (9-2) gashed Calaveras for 232 rushing yards, did not suffer a turnover and dominated the kicking game with soccer star Guillermo Alvarez (field goals of 39 and 30 yards and two extra points).

Escalon also parlayed two Calaveras turnovers into 10 points and seized control with a stirring goal-line stand during the second quarter. Simply, a Loureiro kind of win.

“The losses earlier in the season made us better,” Beam said. “We’re starting to believe in ourselves.”

Escalon’s reward is a rematch next week at Hilmar, which edged the Cougars 20-17 in overtime on Sept. 21. The Cougars, one of three Trans-Valley League semifinalists in D-VI, can only hope that rematch goes as well as the Calaveras rematch.

Clearly, Escalon has improved since its initial 21-7 win over the Redskins. Since their 7-6 defeat to Modesto Christian, the Cougars have dismantled their last five opponents. And they didn’t miss a beat with the 6-foot-1 Harris, who wasn’t fazed by making his varsity debut in the pressure-cooker of playoff football.

He knew since Monday that he would be the starter, and he was ready. Harris engineered the Escalon JVs to a 9-1 record, and he carried out his personal game plan against Calaveras: Run the offense, avoid unforced mistakes and let the Winged-T purr.

Mission accomplished, and Harris capped it by rolling to his right and finding Panero for a short touchdown pass early in the fourth quarter. That extended Escalon’s lead to an emphatic 33-8.

“This team is amazing. They helped me all week,” Harris said. “They made me feel like family.”

Escalon lightened Harris’ load by scoring on all three of its first-half possessions to lead 17-0. Kaden Christensen (9 carries 62 yards) darted 26 yards for the Cougars’ first touchdown.

Calaveras (7-5) then gambled on a 4th-and-1 from its own 40, and Luke Anderson — another sophomore — stopped Redskins running back John Arbuckle before he reached the line of scrimmage. Seven plays later, Panero easily stepped into the end zone from the 1.

Panero, a scrappy 5-7 and 150-pound junior, maxes out his frame on both sides of the ball. Besides his 12 carries for 80 yards, he made several clutch tackles from his spot at corner.

“He may be my most favorite guy to coach,” Beam said. “He gives you everything all the time.”

“Our defense has been outstanding all year,” Beam said.

Ron Agostini was a national and regional award-winning sports writer and columnist for 40 years for The Modesto Bee until his retirement in 2017.