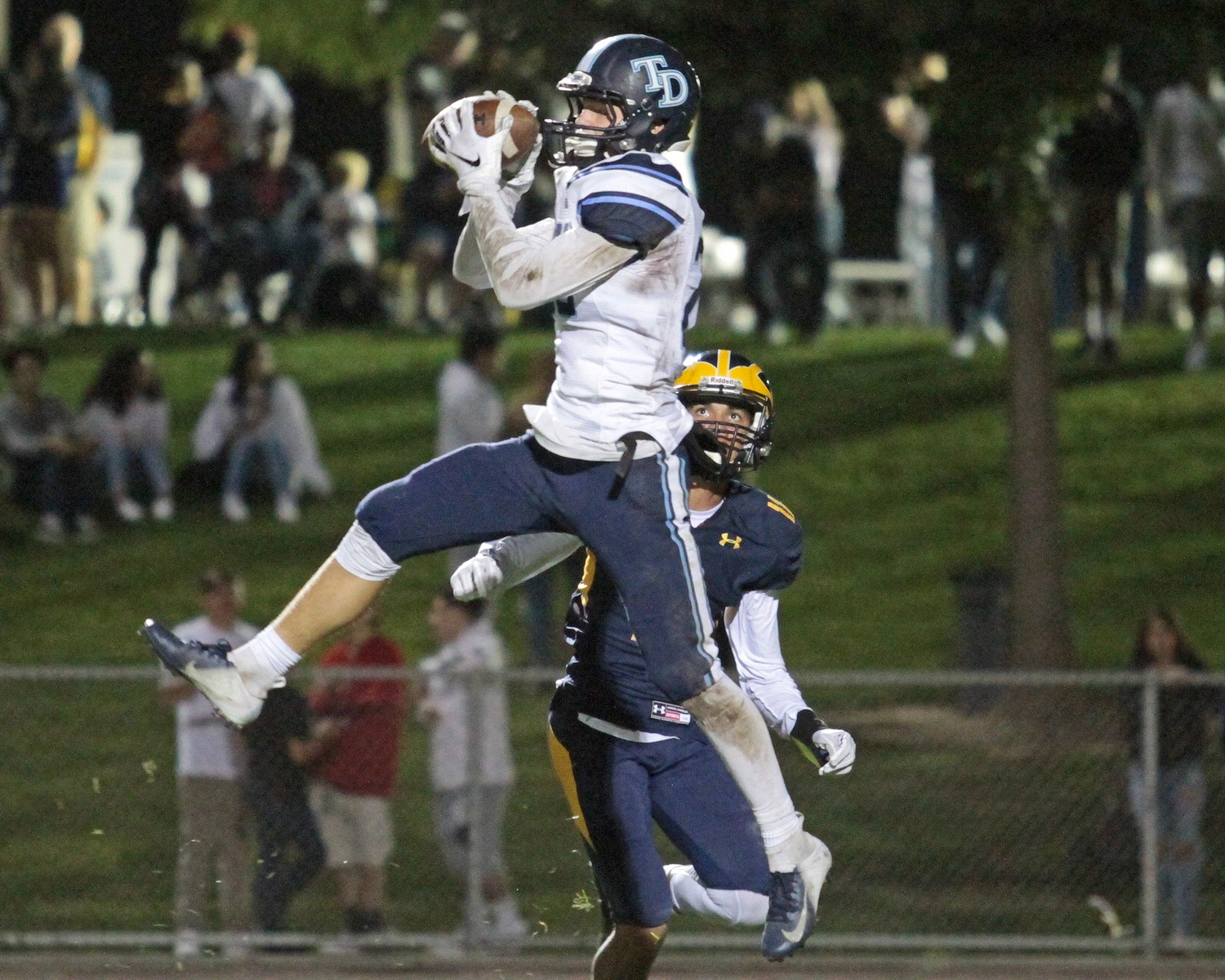 No. 5 Downey remains in the hunt for a Central California Athletic League title after defeating No. 10 Gregori on Oct. 12, 2018. The Knights host No. 3 Pitman in yet another crucial CCAL game. (Daniel Harris Photography)

2. (2) Merced (8-0 4-0): The Bears limited an explosive Patterson offense to just two field goals and Xavier Stewart caught two touchdown passes for the second week in a row. Next: at Atwater.

3. (3) Pitman (8-0, 3-0): The Pride found themselves in a dogfight with Modesto, a team still searching for its first CCAL victory, but separated from the Panthers thanks to Denzel Steckwren’s 61-yard touchdown reception. It doesn’t get any easier this week. Next: at Downey.

4. (4) Turlock (5-3, 3-0): Lucas Curtis scored four touchdowns for the second straight week as the Bulldogs remained neck-and-neck with crosstown rival Pitman atop the CCAL standings. Next: vs. Gregori.

5. (5) Downey (5-3, 2-1): UC Davis-bound wide receiver Bryce Peterson had two touchdown receptions as the Knights avenged last season’s loss to the Jaguars. Downey is still in the hunt in the CCAL and has won two of the last three against this week’s opponent, the league-leading Pride. Next: vs. Pitman.

8. (8) Buhach Colony (6-2, 4-1): The Thunder bounced back from its loss to Merced with a show of force against the Hawks. Buhach Colony led 15-6 after the first quarter and never looked back. Next: at Golden Valley.

9. (10) Pacheco (7-1, 5-0): Julian Moran rushed for 242 yards and four touchdowns as the Panthers handed Mountain House its first loss and moved one step closer to history. Pacheco can clinch at least a share f its first-ever league title with a win over winless Beyer Friday. Next: vs. Beyer (at Johansen High).

10. (9) Gregori (4-4, 1-2): A two-game losing streak has effectively eliminated the Jaguars from title contention in the CCAL, but Gregori can still have a say in where the championship banner hangs. Next: at Turlock.