An age-old debate exists among football folk: Is it better to create a soft preseason schedule that allows a team to pile up victories and confidence simultaneously … or to forge your team in the blast furnace of a tough preseason slate, regardless of the potential for bumps and bruises, not to mention losses, along the way?

That question probably never will be resolved, but it’s easy to see where Central Catholic head coach Roger Canepa stands on the matter.

Canepa, who will be entering his 15th season as the Raiders’ head coach in 2022, once again has assembled the region’s toughest preseason schedule, taking on a virtual who’s who in Northern California football.

“I’m a firm believer in it,” said Canepa, who has taken on the likes of De La Salle (Concord), Cathedral Catholic (San Diego), Clovis West (Fresno) and Marin Catholic (Kentfield) in recent years. “We did it last year and it worked out and we’ve done it in years past and it’s worked out. That’s how we won the section and that’s how we won NorCal … we were battle tested."

Valley Oak League foe Weston Ranch is departing for the San Joaquin Athletic Association, meaning the VOL will be a six-team league, making a fifth preseason game necessary. The Raiders have added Windsor of the North Bay League to fill that spot.

Aug. 19, 2022: at Merced –The Raiders will open the season by helping the Bears christen their new on-campus stadium. Central Catholic needed a late field goal to beat Merced 31-28 in the 2021 opener. The Bears would go on to reach the Sac-Joaquin Section Division IV final, losing to eventual state 3-AA champion Vanden, 49-21.

Aug. 26, 2022: at St. Francis – Central Catholic will travel to Mountain View to take on perennial NorCal powerhouse St. Francis, which had impressive wins over mighty De La Salle, 31-21; eventual NorCal Open champ Serra, 44-21; and Bellarmine, 44-24. The Bells were the only team to beat Central Catholic in the regular season, winning 28-21 in San Jose.

Sept. 2, 2022: vs. St. Mary’s – The Raiders will play their first home game of 2022 when the Rams visit David Patton Field for the annual Holy Bowl. St. Mary’s, eliminated 51-48 by Rocklin in the Division I semifinals, captured a D-I title in 2016. That’s no small feat considering state powerhouse Folsom always stands in the way.

Sept. 10, 2022: at Serra – Central Catholic will travel to San Mateo to face the Padres in a Saturday afternoon tilt at Brady Family Stadium. That’s Brady as in Tom Brady … a 1995 graduate of Serra. The Padres’ 2021 résumé includes a pair of wins against aforementioned Bellarmine (41-7 in the regular season, 41-0 in the playoffs) and a 16-12 thriller over St. Francis when the WCAL foes met in the NorCal final. Serra would go on to lose to eventual national champ Mater Dei (Santa Ana) 44-7 in the state’s Open Division title game.

Sept. 23, 2022: vs. Windsor – Following a much-deserved bye on Sept. 16, the Raiders will host Windsor, a team that reached the 3-AA NorCal championship game, losing to Vanden 56-28 one week after Merced lost to the Vikings by the same margin.

The following week, on Oct. 14, the Raiders will travel to Manteca for what figures to be the most highly anticipated game of 2022 – a showdown between the section’s reigning D-II and D-III champions. Central Catholic beat Manteca 56-33 in the regular season, the first of three straight VOL losses for the Buffaloes, who regrouped and went onto capture the D-III banner with a 35-28 win over Oakdale.

Kimball, a playoff team in 2021 that lost a 51-50 heartbreaker to Merced in the section semis, and East Union, who gave Central Catholic, Manteca and Kimball all they could handle, are no longer easy outs in the VOL mix. And Sierra, though 1-9 last season, won a state title in 2015 and captured a section title as recently as 2019.

A schedule like that puts a premium on health, and the departure of perennial doormat Weston Ranch makes the VOL a much harder league to navigate. In years past, each VOL team would receive one league bye, then get another unofficial bye when playing the Cougars. That won’t be the case any longer, making it harder to hide injuries. And the injuries could mount for Central Catholic with such an ambitious preseason slate.

“To be honest, I don’t get worried anymore,” said Canepa, who guided his Raiders to their fifth appearance in a state championship game since 2012. “Back in the old days, you had to get a certain amount of wins to qualify for the postseason. You’re actually rewarded for playing better teams now. Playing good teams puts in a good spot.” 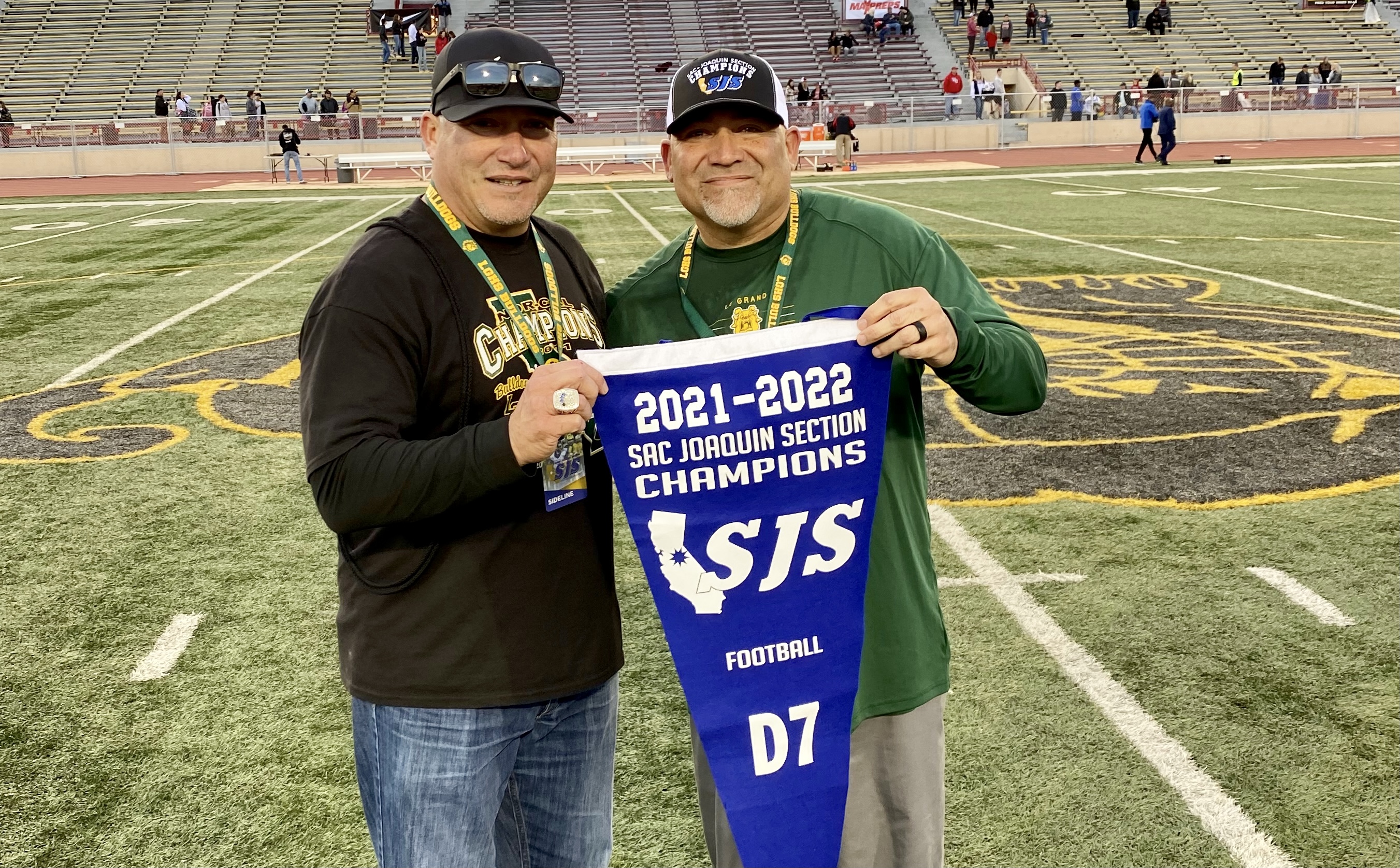