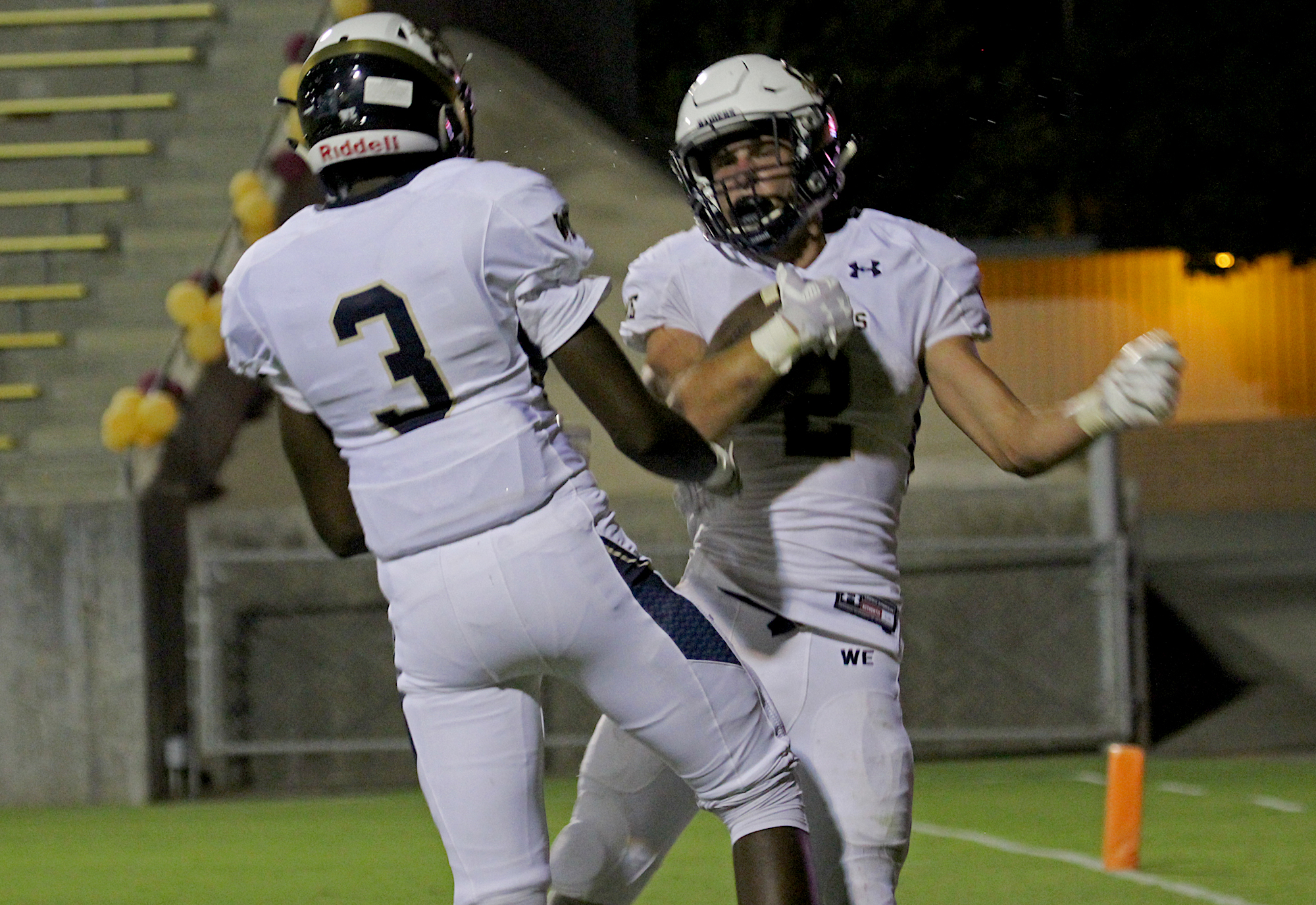 The Raiders opened the 2018 season with an impressive 21-0 victory over Clovis West -- a Central Section Division I finalist last season -- at Darryl Lamonica Stadium in Fresno. And as a reward, they get a date on the road in Concord with perennial national powerhouse De La Salle, a 14-0 winner over Folsom on Friday night.

The Spartans entered the game ranked No. 18 in the nation by MaxPreps.com, while the Bulldogs were one spot behind at No. 19, having not been shut out since 2004.

But before turning his attention to De La Salle, Central Catholic coach Roger Canepa wanted to savor the win over the Golden Eagles.

"Hey, they're a good football team, man," said Canepa, who guided the Raiders to four consecutive state championships from 2012 to 2015. "It was a tough game. That's a helluva team to play Week 1."

The Raiders were without running back/linebacker D'Angelo Bellamy, who is nursing a strained hip flexor muscle, but should be ready for the De Le Salle game.

"That was a big play," said Canepa of Traina's diving grab. "It's probably going to be 0-0 at halftime."

Central continued to pound the ball and wore down Clovis West, scoring twice in the fourth quarter, once with about 8 minutes remaining -- Jacklich scored from about 20 yards out -- and then again with two minutes remaining, when quarterback Dalton Durossette hit Sithri Price on fourth-and-5 from the Golden Eagles' 20.

After playing De La Salle, Central will be home for the first in 2018 to host St. Mary's in the annual Holy Bowl, followed by games against Lincoln (the largest school in the Sac-Joaquin Section) and two-time defending Sac-Joaquin Section champion Manteca.

Freedom 42, Turlock 35 -- Turlock High's defense held Freedom's highly touted rushing attack to minus-1 yard for the contest, but five turnovers by the Bulldogs proved too costly to overcome. Turlock quarterback Jonah Kosakiewicz completed 20 of 30 passes for 313 yards and two TDs -- seven were complete to Cameron Sherwood for 120 yards, including both scoring strikes -- and also carried the ball 16 times for 45 yards. The Polish Eagle threw two interceptions in the contest, backup Brock Pasley was picked off on his only attempt of the game, and Turlock also lost two fumbles.

"Every coach around the country preaches it," said Turlock head coach James Peterson. "You've got to take care of the ball. Imagine if we cleaned up those mistakes. But to turn the ball over five times and still be in the game says something."

Enochs 35, Beyer 7 -- The Eagles won their season opener for the first time since beating Sierra 19-10 to start the 2011 campaign.

Pitman 55, Napa 7 -- Payton Bass and Marcus Garza each scored a pair of touchdowns, Joseph Vasquez raced in from 40 yards out on a pick-six, and the Pride pulled away an impressive season-opening victgory.

Los Banos 26, Dos Palos 20 -- The Tigers overcame a 14-0 deficit to kept "The Cotton Bale," awarded to the winner of the annual Westside War, for at least another year.

Central Valley 35, Ceres 0 -- Quareterback Andrew Hernandez hooked up with Erick Stucchi Martinez for two early touchdown passes en route to a convincing victory over the intra-city rival Bulldogs, who hosted the game. Hernandez hit Ryan Palecek on a 5-yard TD as the Hawks built a 21-0 lead before intermission. Isaiah Hidalgo had two scores for CV in the second half, including a 51-yarder to start the third quarter.

Atwater 49, West 7 -- Charles Jackson scored on a 60-yard TD run on the first play from scrimmage of the season, and darius Hyde rushed for three touchdowns as the Falcons traveled to Tracy and delivered an impressive road victory. Quarterback Isaiah DeLeon scored on a 34-yard keeper and then hooked up with Nathan Knight on a 30-yard strike. Anthony Diaz threw a 50-yard TD to Ezekial Cardenas early in the fourth quarter.

Merced 51, Del Campo 15 -- The Bears entered the season ranked 256th by the MaxPreps.com computer rankings, while Del Campo was 92nd. Just goes to show that ranking teams in the preseason is a tough business.

Orestimba 50, Bret Harte 27 -- Trailing by 14 late in the first quarter, senior three-sport star Jake Dominguez forced and recovered a fumble on a Bret Harte punt return, changing the momentum in the contest and allowing the Warriors to pull away. Senior quarterback Jacob Bettencourt threw two touchdown passes and ran for another score, while wide receiver Tyler Vargas caught a TD pass from Bettencourt, and then ran for another, while senior running back Alex Samson ranf for two scores.

Waterford 47, Johansen 0 -- Quarterback Mike Vivo scored on runs of 42, 69 and 8 yards, recorded a 91-yard punt return and also threw for a pair of scores in leading the Wildcats to an impressive victory over the Vikings.