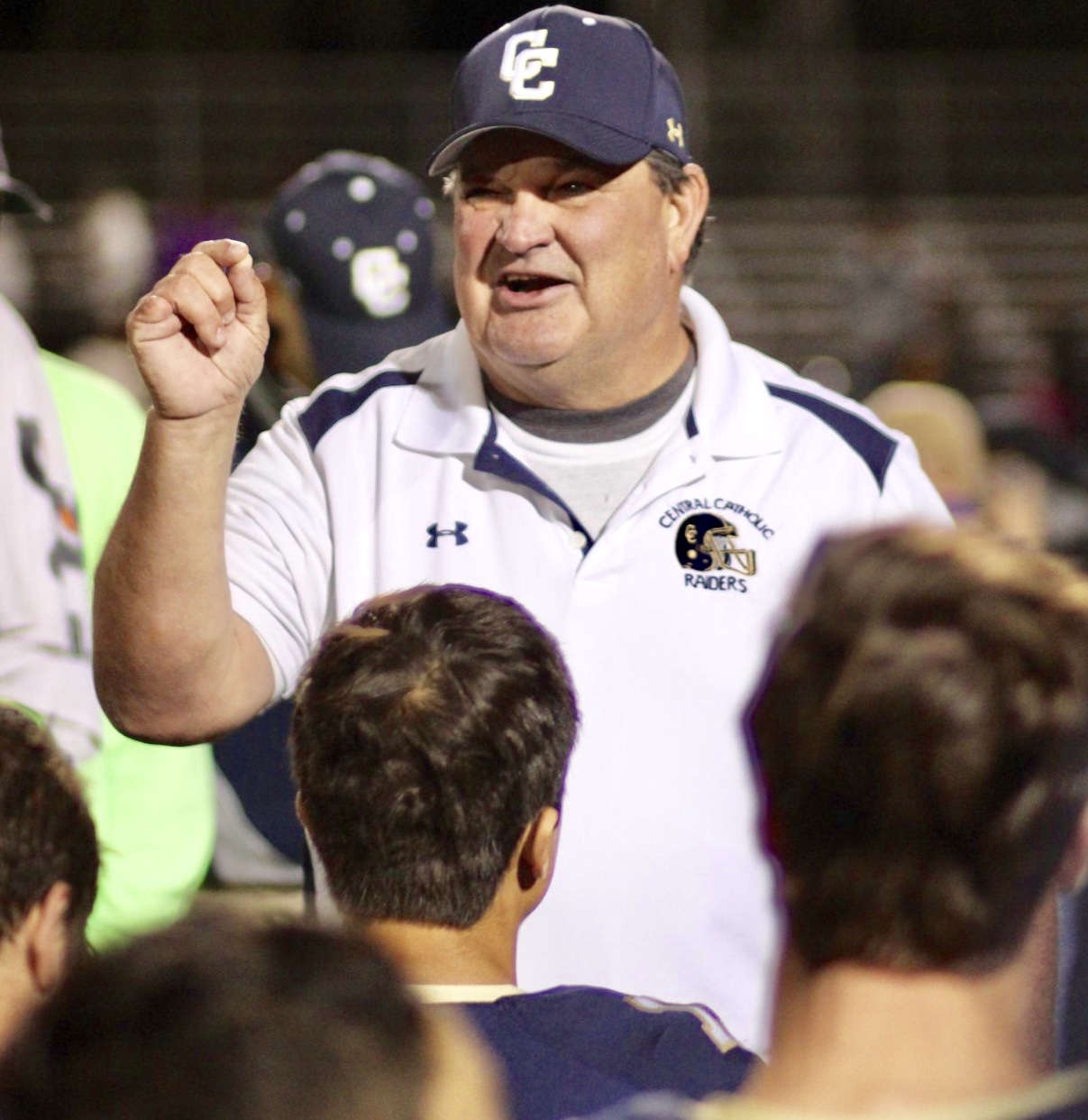 Central Catholic coach confirms quarterback battle is over; full-time starter has been named

Central Catholic football coach Roger Canepa has decided on a full-time starting quarterback just in time for the league season.

He’s just not ready to announce it.

The top-ranked Raiders (3-1) host No. 8 Manteca (2-2) on Friday evening in their highly-anticipated Valley Oak League opener. Kickoff is at 7 p.m.

The Buffaloes are a two-time defending Sac-Joaquin Section champion coming off a stunning defeat of Tracy. Playing without record-setting running back Trabron Russell (ankle sprain), Manteca rode his replacement, junior Jacob DeJesus, to a 54-18. DeJesus had 215 yards of total offense and three touchdowns.

The Raiders have negotiated a demanding schedule, winning three of their first four games against elite competition. Their only loss was to national power and perennial CIF State Open Division contender De La Salle, a team it battled and frustrated for three quarters.

Central Catholic has defeated Clovis West, St. Mary’s and Lincoln, but their impressive start has taken a backseat this week to the ongoing quarterback battle.

As the Raiders trot out onto the field for their first offensive possession on Friday evening, all eyes will be on the junior who lines up under center: Will it be Kyle Jackson, who started all seven VOL games as a sophomore before injuring his knee in the regular season finale with Oakdale? Or Ceres High transfer Dalton Durossette, a burgeoning baseball prospect? Through the first four games, Jackson and Durossette have rotated each quarter, trading starts.

On Thursday, Canepa confirmed that the team has been notified who will be the team's full-time starter. To avoid distraction and limit outside noise, though, Central Catholic’s fiery, four-fingered football coach says he probably won’t make a public announcement.

Manteca coach Mark Varnum is neither Team Kyle nor Team Dalton. He says it doesn’t matter who starts for the Raiders, a four-time CIF State champion with arguably the richest collection of talent in the southern half of the Sac-Joaquin Section.

Whether it’s Jackson or Durossette, Varnum expects Central Catholic to feature heavy doses of Dawaiian McNeely, D’angelo Bellamy and Kyle Jacklich, each running behind big and battle-tested offensive line. The former two, McNeely and Bellamy, are legitimate Division I prospects, while Jacklich leads the team in rushing and rushing TDs.

Fullback and safety Minaya Olivo, yet another in a long line of talented ball carriers, will miss Friday’s game with a concussion.

“Whoever is in there, they’ll just continue to be them," Varnum said. "It might affect them more than it will affect us. It’s Central week. We know what we’re going to get it.