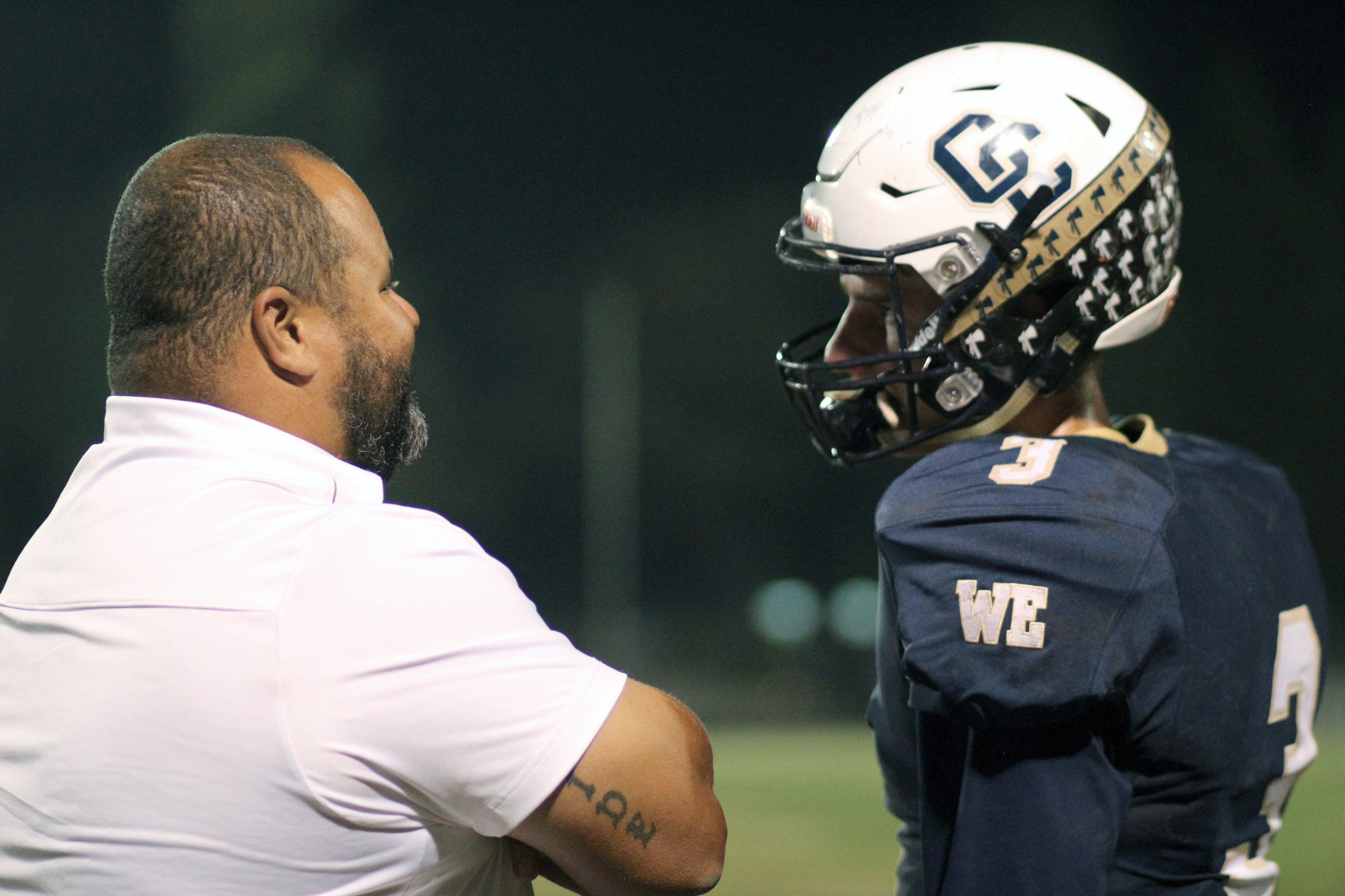 Roger Canepa stood on the De La Salle High School fooball field, the temperature approaching 100 degrees, even hotter on the artificial turf surface, and watched his Central Catholic Raiders take on Terra Linda in a 7-on-7 passing tournament matchup on Saturday, June 23.

Central Catholic "won" having scored on more possessions than Terra Linda, but if you're waiting for a report on how the Raiders faired against national powerhouse De La Salle, well, that will have to wait until Aug. 24, when Canepa and the Raiders return to Concord for a regular-season matchup in the second week of the season, the first game in a two-year, home-and-home series against the Spartans.

Even though a matchup against the Spartans didn't materialize in the tournament, you can be sure that Canepa had one eye on his hosts all day.

"We got here early and watched them," said Canepa, after his teams played five games in a span of three hours. "They have what they always have. They have very good athletes.

"Hey, if you want to be the best you play the best."

And De La Salle is widely regards as just that ... the best. If the Spartans aren't the best high school football program in the land -- and they've been USA Today national champions five times over the past two decades — then they're certainly the most well-known, having won a national record 151 consecutive games between 1992 and 2004, and reached the state championship game every year since the CIF went to a state bowl system in 2006, posting a 7-5 record over the span.

And, of course, there was the 2014 motion picture "When the Game Stands Tall," which centers around former Spartans head coach Bob Ladouceur.

In 1991, the year following Merced High's mythical state title, the Bears became the first team from the southern Sac-Joaquin Section to face De La Salle, scheduling a home-and-home series against the Spartans. De La Salle swept the series and its 1992 victory over Merced was the first of the legendary 151-game streak. St. Mary's (Stockton), the Raiders annual rival in the Holy Bowl, tried its luck against De La Salle between 2010 and 2013 and lost all four meetings.

Canepa knows his team will be an underdog against DLS, a position in which the Raiders are not accustomed to being.

"I just think we're to the point where we can play anybody in the state," said Canepa. "Are we favored? I don't think so, but we're playing to win.

"If you're a kid and a parent and you want to play the best, we're doing a good job because they actually schedule us. There's a lot of people that want to play (the Spartans), so for them to play us is a compliment to our football program and our school."