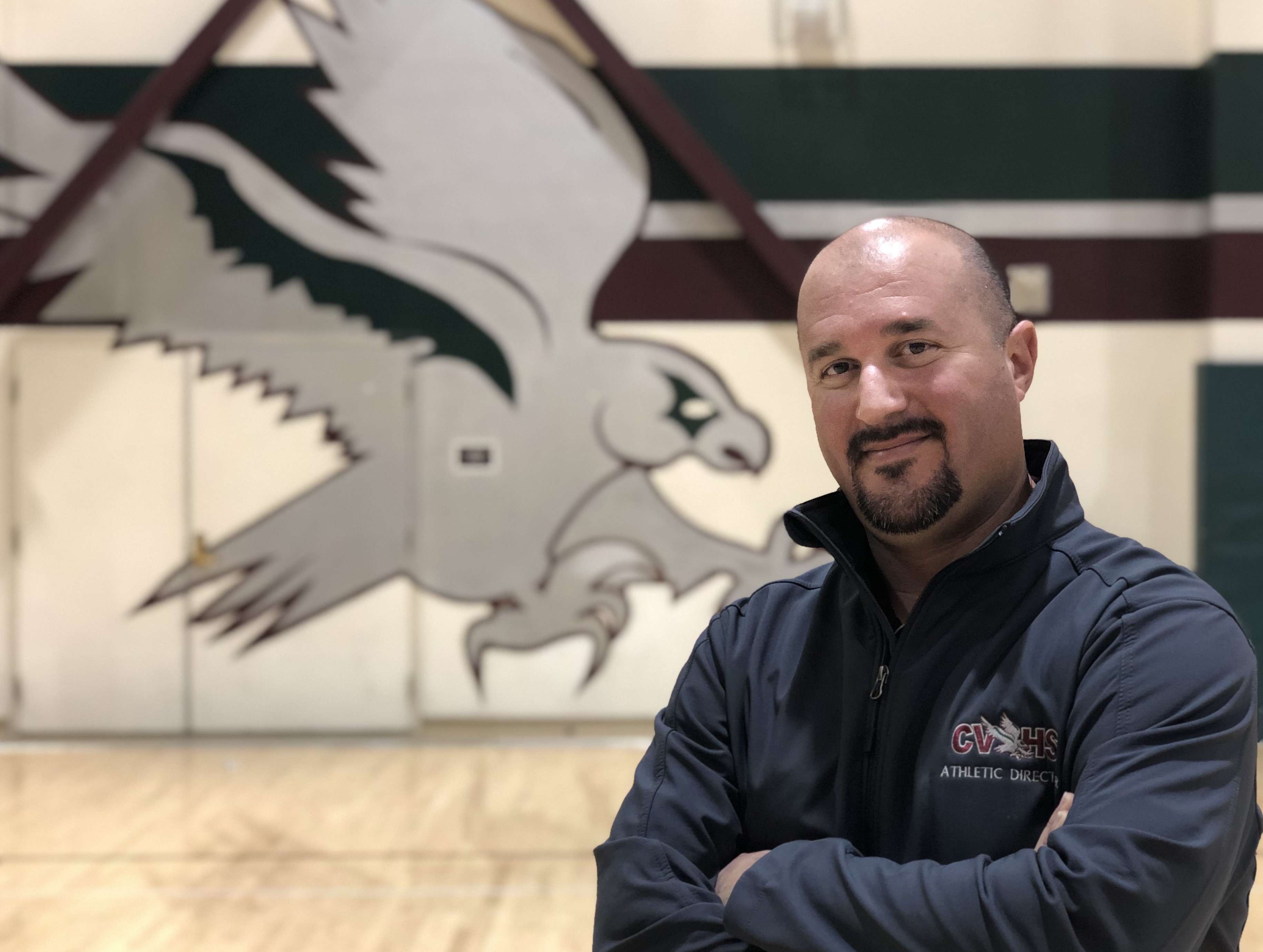 That goes back to his days as a relief pitcher at Stanislaus State in the late 1990s. He still holds the school record for most career appearances (88) nearly two decades after his graduation.

“It was very much a surprise,” said Magni, who will be honored officially in the spring. "I had no idea that I would be considered for something like that. I am an active member of the athletic director association, and I enjoy the conferences and getting together with colleagues but I would have never guessed that I’d be receiving something like this, so it’s quite an honor for me.”

Magni, the Hawks’ former baseball coach, took over as the school’s AD in 2013 and quickly earned the respect of his peers.

“To me, he’s the epitome of what you look for in an athletic director,” said Pacheco AD Charlie Pikas, who worked closely with Magni for five years in the Western Athletic Conference before realignment put their schools in separate conferences. “He works hard, he cares about his athletes and he has high morals with which he runs his programs.

“And he’s easy to get along with."

Magni was instrumental during the section’s most recent realignment meetings, often putting the good of various conferences above that of his own school’s. Athletic directors, coaches and administrators gather at the quadrennial event to re-shuffle the decks and determine whether teams should be placed in different conferences to maintain competitive equity.

“That’s the way Greg is all the time,” said Merced athletic director Paul Hogue, who began working with Magni this season when Central Valley and Patterson left the WAC to join the Central California Conference. “It’s not about him. It’s, 'Is this better for everybody?' or 'Is this better for that group?' I know when he joined our conference, he grabbed our constitution and read it cover to cover."

Athletic directors work mostly behind the scenes, supporting the various coaches on campus.

“I think you have to be able to communicate well, not just with other ADs but with parents, students, administrators, “ said Magni. “It’s a lot of networking, talking, meeting people, so I’d say that’s probably the No. 1 thing. Then, organization is huge. You have to be able to keep yourself organized with schedules, busing, rosters, eligibility checks … you’ve got to be willing to do things like that and keep yourself a couple weeks ahead so you can survive. As most ADs know, it can stack up on you."

“He’s organized and he stays on top of things,” said Will DeBoard, assistant commissioner for the Sac-Joaquin Section, who pointed out that 25 to 30 percent of the section's nearly 200 schools are looking for a new AD each year.

So Magni's steady presence is appreciated by the section office, not to mention his colleagues. But make no mistake. Magni remains a coach at heart. He coached the Hawks' baseball program from 2007-13 and clinched their first playoff appearance in his final season.

“I miss being out there, being with the guys,” said Magni, a 1996 graduate of Serra High in San Mateo, where he played baseball with Tom Brady. “It’s not truly replaced, but I do now coach my own son’s team which is nice. … What’s nice about now is I get to be around all the sports. It gave me the opportunity to be around soccer, basketball, cross country, volleyball, everything, which I never would’ve had the opportunity to watch. So for that reason it’s rewarding, but I do miss baseball. Always will."