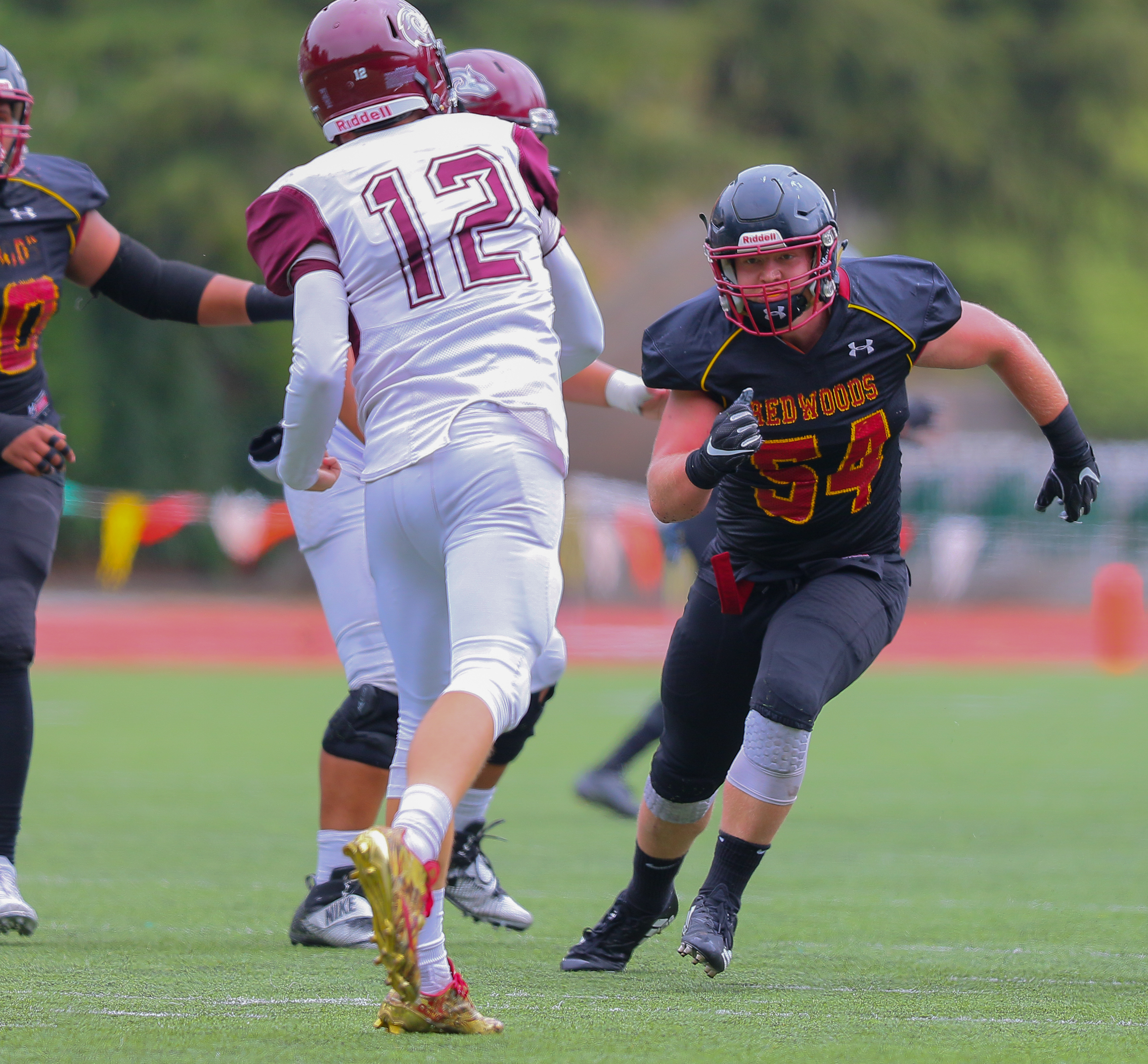 The former Ceres High quarterback used a redshirt season last year, his first at Monterey Peninsula, but he longed for action. Unsure of his future at quarterback coming into the 2018 campaign, he enlisted the help of a kickng coach to to teach him the finer points of place-kicking and punting.

"Watching the game, I realized how much I miss it," said the 6-foot-4, 190-pound right-hander. "I thought, 'I can't just be on the sideline for antoher. I've got to get involved somehow."

"Our coach did a great job last year," said Lubinsky of head coach Mike Rasmussen. "I was never part of the game plan but he always made me feel like I was important, whether it was getting scout team reps or in quarterback meetiings."

Through five games this season, in which MPC is 4-1, Lubinsky is completing 60.2 percent of his passes (80 for 133) for 1,164 yards (233 per game), with 13 touchdown passes and just two interceptions. And that coming after being pulled early from several blowouts. The Lobos averaged nearl 51 points per game while allowing just 18 in getting off to a 4-0 start. They suffered their first loss of the season last wek, falling to Yuba College 34-20 in Marysville.

"Definitely, coming into this year, even in spring football, I felt so comfortable with the offense," said Lubinsky, who completed 65 percent of his passes for 5,595 yards, 54 TDs and just 16 interceptions in two varsity seasons at Ceres. "It finally felt like I had it mastered. I didn't have to think about what to do. And I was confident if Ie ver go a chance, I'd be able to make the most of it."

This week, Lubinsky and MPC will be in Merced (2-3) for a Golden Coast Conference matchup against the Blue Devils. Kickoff is slated for 1 p.m.

"I'll definitely have a lot of friends and family there for that one," Lubinsky said.