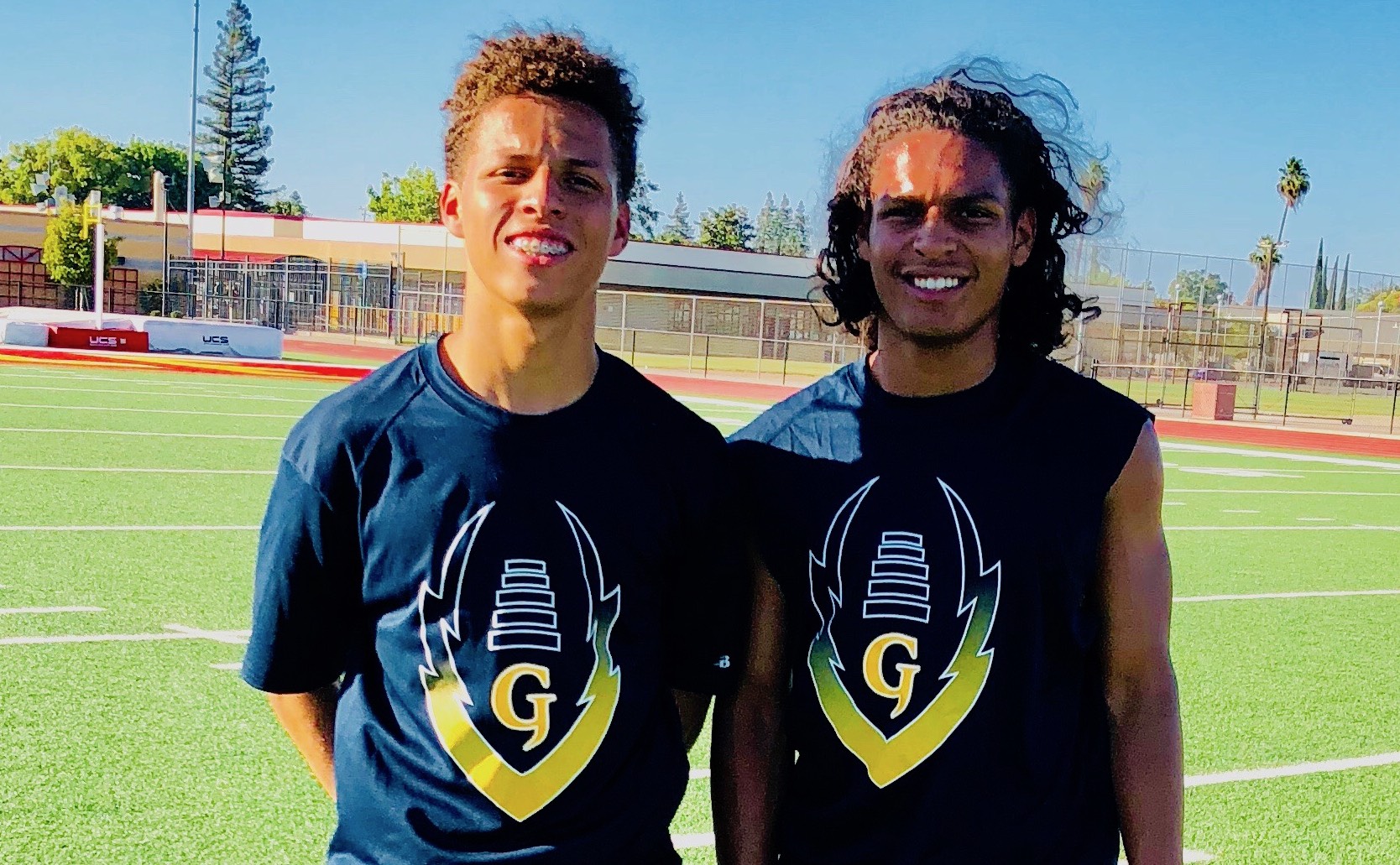 It was a calculated move by the longtime Modesto-area football coach.

Not only did McCoy hope his presence would lure more football players out to the track for conditioning and speed training— check! — but he wanted to put that talent in new and uncomfortable positions.

“We wanted them to be uncomfortable. We wanted them to not necessarily compete against others, but compete with their marks,” said McCoy, whose program lifted their first league title and won their first 11 games last fall. “We didn’t want them to take a backseat and wait for football. We told them, ‘Don’t be comfortable because you went 11-1.’”

The experience will come in handy as the Jaguars become the rare conference champion without a title to defend.

Gregori, along with three other Modesto City Schools, have been added to a newly formed conference — the Central California Athletic League, a product of the Sac-Joaquin Section’s latest realignment cycle.

Joining the Jaguars are Turlock and Pitman, formerly of the Central California Conference, and Modesto City Schools rivals Downey, Modesto and Enochs, all alumni of the now-defunct Modesto Metro Conference.

“We’re the last team that can claim an outright title for MMC. That’s history,” McCoy said. “Now we have a chance to make some news with this team and start something special.”

In the final year of the MMC, Gregori was a cut above, rewriting the record books en route to a perfect regular season and its first league championship.

The Jaguars also earned the school’s first-ever home playoff game, and then delivered a 45-20 victory over Franklin of Elk Grove, a team many picked to beat Gregori.

Though exciting for many, realignment ripped apart the Modesto Metro Conference, stripping Gregori of its chance at a title defense.

Instead, the Jaguars will toe the line with a new set of conference foes, each looking to write their own history in the CCAL.

Can Gregori contend with traditional powers, like Turlock (a two-time defending CCC champion) and Downey (a five-time MMC champion from 2013-17), despite heavy graduation losses?

“Last year’s team was pretty special. They don’t come around like that all the time, but I think this team can be really good if everybody stays the course and we stay healthy. Our skill positions are pretty darn good. I’ll put my guys up against anybody.”

If McCoy accomplished anything as a track and field coach, it was this: His team will be athletic and fast, and strong, both physically and mentally.

The Jaguars will build around an explosive do-everything talent in Marcello Longstreth. The senior will replace record-setting quarterback Bobby Avina, who will walk on at Arizona State in the fall.

“The kid has definitely put in his time this past year,” McCoy said. “He committed to morning workouts, committed to running track, and hasn’t missed a practice all summer.

“He’s a playmaker and one of the best athletes on our team, and he’s going to have the ball in his hands on every play.”

Longstreth was one of the southern section’s top wide receivers last fall, reeling in 42 catches for 918 yards and eight TDs. He’ll be joined in the huddle by twin brother Trey Longstreth (seven catches, 219 yards, three TDs), a slot receiver with the same playmaking ability. Trey Longstreth was a standout at the Stage High 7-on-7 tournament.

“I think you’ll see a lot of Longstreth to Longstreth combinations,” McCoy said.

Gregori opens the season on the road against the CCC’s brass, Buhach Colony (Aug. 17) and Merced (Aug. 24). The Jaguars make their home debut against Beyer on Aug. 31, and then start September with home contests with McNair (Sept. 7) and Weston Ranch (Sept. 13).

The CCAL will be lined with bullies, beginning with Modesto and running back Zaire Eugene on Sept. 28. Gregori closes the season with Pitman (Oct. 5) and Turlock (Oct. 19) at Joe Debely Stadium, Downey at home (Oct. 12) and its regular-season finale with Enochs at Chuck Hughes Stadium on Oct. 26.

“It’s a legit. It’s going to be a battle,” McCoy said. “Week in and week out, there are going to be good games. … It feels like we’re playing an old-school CCC schedule. It’s good to have competition.”