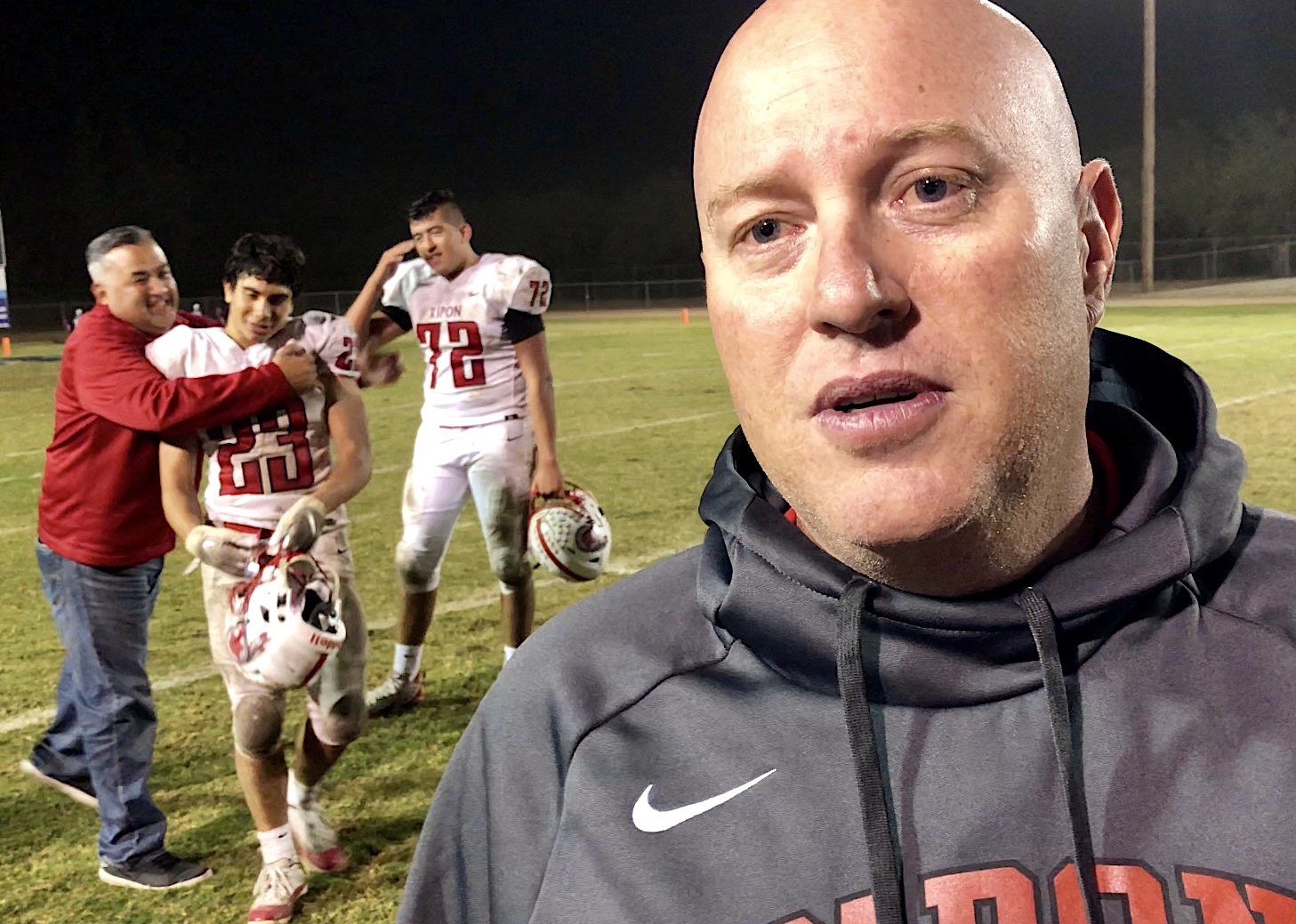 Ripon, coach by Chris Musseman (pictured), is 3-0 and lighting up scoreboards. Can the Indians continue their strong start on Friday at Calaveras?

1. (1) Escalon (3-0): The Cougars struck a near-perfect balance in a 35-13 win over Sonora. Escalon rushed for 188 yards, including two touchdowns by fullback Luke Anderson, and quarterback Ty Harris threw for 188 yards and three touchdowns. Escalon has rolled its first three opponents, but will step up in weight class this week. Friday: at Downey.

2. (2) Ripon (3-0): Troy Brogan and Grant Wiebe scored two touchdowns apiece for the Indians, who bagged their second win over a large-school opponent in three weeks. Ripon’s high-powered offense is averaging nearly 50 points per game, but a formidable opponent waits. Friday: at Calaveras.

3. (3) Hilmar (3-0): The defending CIF State champions collected their second shutout in three weeks and two players rushed for more than 100 yards in a 42-0 win over Gustine. Steven Silva and Cole Bailey combined for 225 yards and three touchdowns on 15 carries. Friday: at Sonora.

4. (4) Amador (2-0): The Buffaloes built a 14-0 halftime lead and then pulled away from Liberty Ranch down the stretch en route to a 42-0 victory. Amador has conceded only a touchdown through two games, and that score came during garbage time in a rout of Orland. Friday: vs. Union Mine.

5. (5) Ripon Christian (2-1): Nolan Lingley completed 13 of his 19 passes for 227 yards and three touchdowns, Sean McGovern had 164 all-purpose yards and three scores, and the defense forced four turnovers in a 36-13 over Summerville. Friday: idle.

7. (7) Calaveras (1-1): Clayton Moore (13 carries, 125 yards) highlighted a 21-point second quarter for Calaveras with a pair of rushing touchdowns. Moore led all rushers with 125 yards as Calaveras ran all over Modesto Christian, 42-8. Friday: vs. Ripon.

8. (9) Hughson (2-1): Hughson picked up a nice road win in Jackson, edging Argonaut, a team many believe can contend in the seemingly wide-open Mother Lode League. Friday: vs. Summerville.