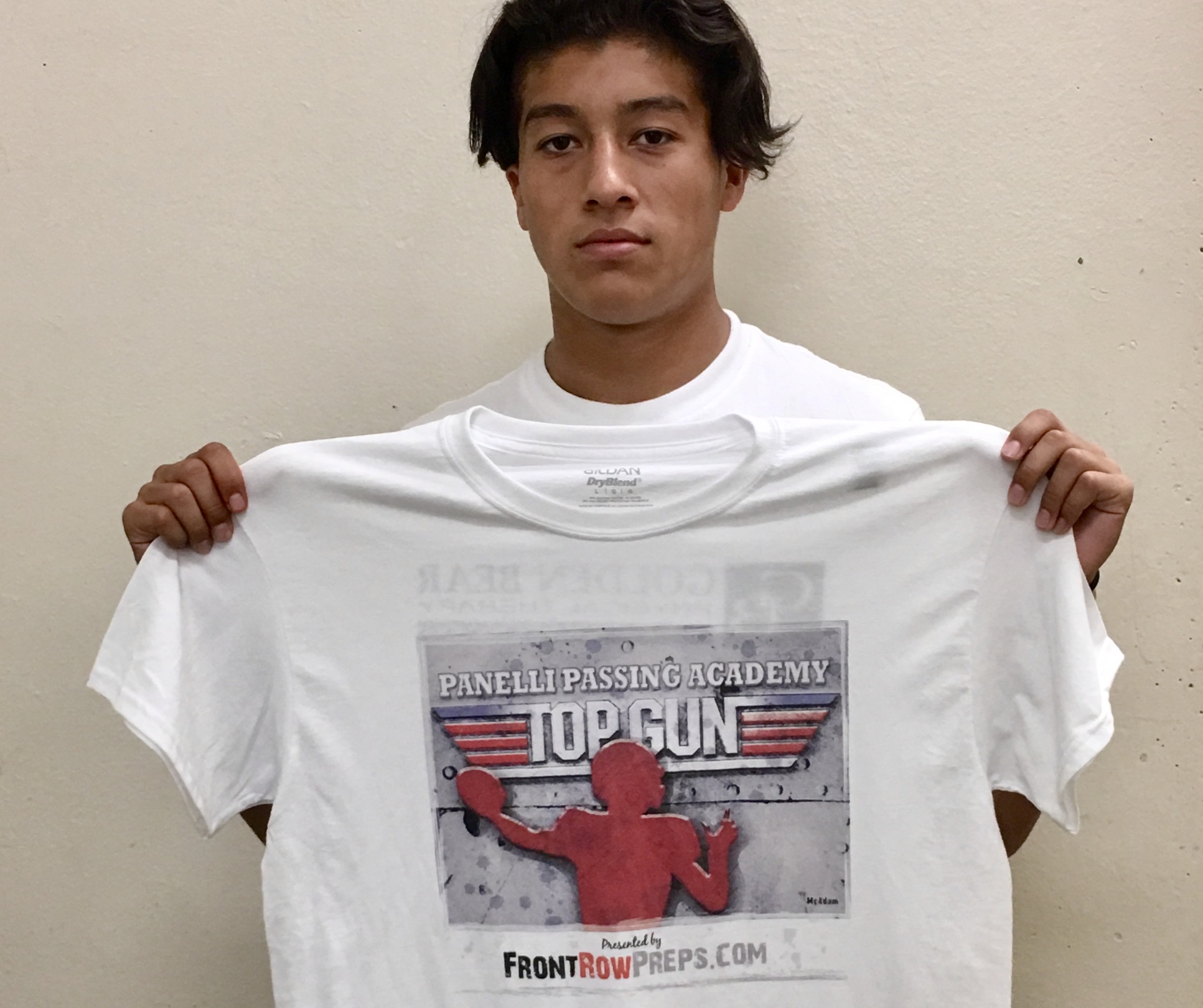 Davis quarterback Xavier Rodriguez has been a big reason for the program's success this fall. Rodriguez enters Week 10's game with Ceres as the state's leading passer. (Davis High)

Davis has state's top quarterback, but does it have a chance at the playoffs?

The move to the Western Athletic Conference has brought out the best in the Davis football team, a program with rich roots and a woeful recent history, but will it be enough to end an eight-year playoff drought?

The Spartans host Ceres on Friday evening in their regular season finale at Modesto Junior College. Davis enters the game with four wins, including three straight in conference play, but they're No. 18 in CalPreps' Division III rankings with a minus-12.4 strength of schedule. By that measure, the Spartans are on the outside looking in.

The section will announce the playoff brackets on Saturday afternoon.

Still, the focus on Rumble Road isn't on the playoffs, but finishing the regular season on a high.

"Realignment has done us well,” said fifth-year coach Tim Garcia, alluding to Davis, Johansen and Beyer’s move from the now-defunct Modesto Metro Conference to the WAC this fall. "We knew this would happen. We thought it could be a good fit for us. Now we’re seeing the fruits of our labor."

Leading the resurgence for the Spartans is quarterback Xavier Rodriguez, who has blossomed into one of the state’s most prolific throwers under Garcia, a Hall of Fame quarterback at Modesto Junior College and the University of Mary.

Gregory Smith leads the team in receiving with 1,068 yards and 17 touchdowns, while Michael Sherrod Jr. has been Rodriguez’s favorite target. Sherrod has a team-high 55 receptions for 825 yards and 10 touchdowns.

Garcia said Rodriguez, a 6-foot-1, 175-pound senior, has begun to generate interest from Division II schools. He is an academic qualifier with a 3.0 grade-point average.

It also helps that he plays in an offense predicated on the pass. Garcia built the spread offense around Rodriguez and his weapons on the perimeter, shifting from a West Coast system.

"When we converted this offense we knew what we had coming up. It was something I wanted to do for a long time,” Garcia said. “(Rodriguez) was the perfect guy to run the ship when we converted it. He’s doing a great job. The numbers speak for themselves."

The Spartans’ pass-happy offense could be in for another big night. Ceres has lost eight of its nine games and allowed 47 or more points in three consecutive games. Each of those losses have come to playoff-bound teams, Pacheco, Los Banos and Mountain House.

The Spartans haven’t been to the postseason since 2009.

Then again, that's not the focus on the Spartans' practice field.

"We're trying to take care of business this week, take it one game at a time, and not make it bigger than it has to be,” Garcia said. "It’s been a long time. We’ve been waiting awhile, but this group of kids is special. They’ve done a great job of buying in and being team-oriented."