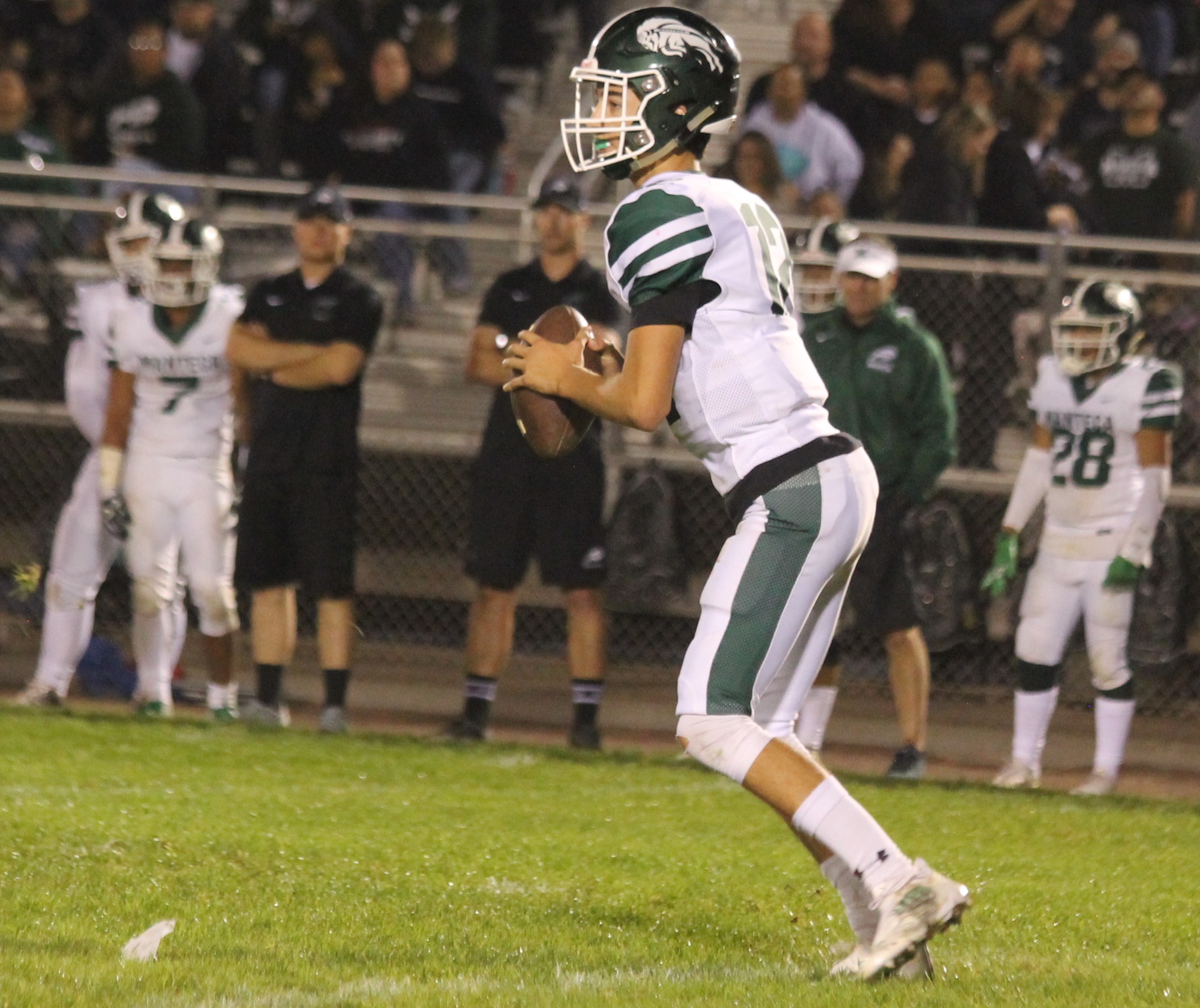 With the win, the Buffaloes (7-3, 5-1) spoiled the Lancers' postseason hopes. East Union (3-7, 2-4) had made back-to-back Sac-Joaquin Section playoff appearances, but the Lancers needed a fourth win to make themselves eligible.

It wasn't in the cards.

The most influential player of the game was Manteca’s Jacob DeJesus, who scored two touchdowns. The first came on a long 74-yard touchdown reception after losing his defender across the middle. He trotted into the end zone untouched. In the second quarter, DeJesus returned a 38-yard punt for a touchdown. He juked and weaved his way through the East Union return defense before emerging ahead of the pack across the goal line. He also contributed on defense, intercepting a long pass down the sideline.

East Union scored a touchdown early in the second half to make it 14-7, but Manteca answered with a score of its own in less than three minutes.

It was a team effort for Manteca, which received key contributions from many. The Buffaloes succeeded through the air with touchdown passes to Jorge Cedano and DeJesus, as well as on the ground with Trabron Russell and Chris Ortiz, who both ran for scores.

East Union’s Raylen Carter totaled two touchdowns. One came on a short pass that he took 27 yards for a score. The other was an 80-yard touchdown return. Espinosa accounted for their last score, rushing in from the 1-yard line.

This article was written by Manteca High senior Joey Santos, a FrontRowPreps.com volunteer.