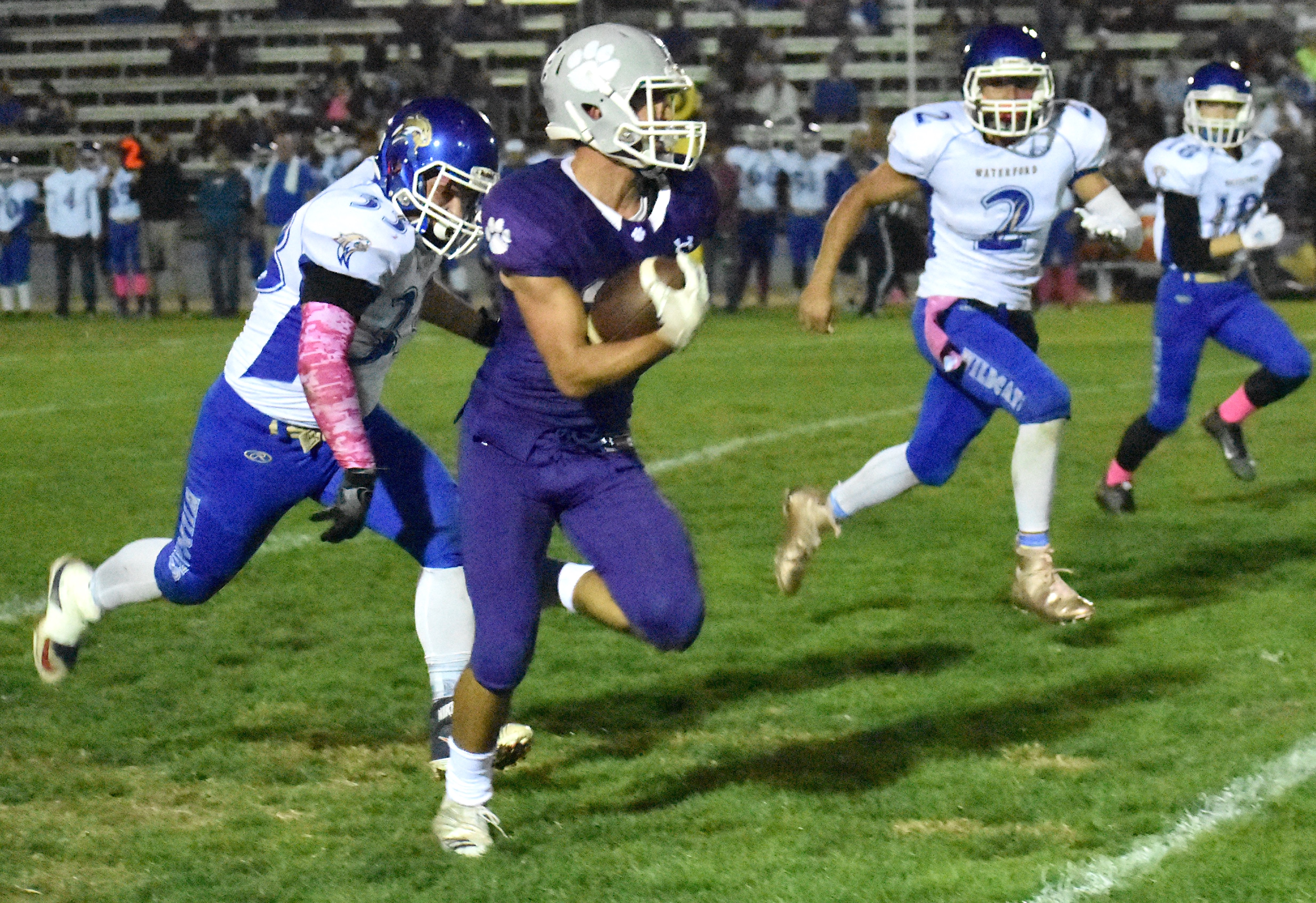 Third time the charm? Why Denair will raise the program's first section banner.

Today, the Coyotes are the top seed in the Division VII tournament and on the cusp of the school’s first section championship and a berth in the CIF State playoffs.

All the stands in the way is No. 3 Golden Sierra (8-4), which knocked off No. 2 Big Valley Christian last week. The two meet Saturday afternoon at Liberty Ranch High School in Galt at 1 o’clock.

“The kids are excited,” said Anthony Armas, Denair’s fourth-year coach. “From the get go, this was the goal for quite a few kids. At the beginning of the season, we felt like we had an outside shot of getting to the section final.”

Armas says the difference between his last two teams is subtle but significant. It can’t be found in the Xs and Os or the offensive and defensive schemes; all of that remains the same, he insists.

Instead, Denair’s success has everything to do with the players’ chemistry and poise under pressure. This senior class has spent four years in Armas’ system and they’ve experienced the highs and lows of a new regime. Among the highs: an undefeated sophomore season in 2016; a 10-win season, the most in the MaxPreps era; and a 39-18 victory over Gustine in last week’s semifinal.

“This is a pretty laid-back group. They’re just loose like that,” Armas said. “They don’t get super up or super down. When we won last week’s game, we were excited, but we were still ‘business as usual’ because there’s still one goal to achieve.”

In Armas' first three seasons, the Coyotes experienced moderate success at the varsity level as they acclimated to his style and expectations. Denair finished 6-5 and made the postseason in 2016, but Armas said the players often struggled to troubleshoot and communicate problems.

“Those first few years we were trying to install our system and what we wanted to do. For a lot of teams we played, the answer was to pressure us and bring a lot of people. We wouldn’t know what to do,” Armas said. “This group, they don’t panic. If we are having trouble, it’s like, ‘What are we doing wrong? How can we fix that?’ That even-keel demeanor has been fantastic.”

Denair turned a fumble on fourth-and-1 into points as lineman Zachary Cherry scooped up the loose ball and bowled over a Gustine defender for his first career touchdown. Cherry was mobbed by teammates, and the praise followed him onto the practice field Monday.

“When he picked it up and got hit, I was thinking we’re not getting in,” Armas said, “but he bowled over that kid. It was fun to see. From now one, when a running back gets tackled, I told them we’re going to say, ‘Cherry would have scored on that.’”

Denair is making its third appearance in a section final. In 1998, the Coyotes were beaten by Central Catholic in the Division IV final. Eight years later, Denair was routed by Lindhurst in the D-VI championship.

“It would be huge. The fact that we haven’t won one, and for the longest time, they were in that rut — the district was in trouble of going bankrupt and the sports programs were not doing well,” Armas said. “This would be a big win for the community and the school. It would be nice to see them put in the effort and get reward.”