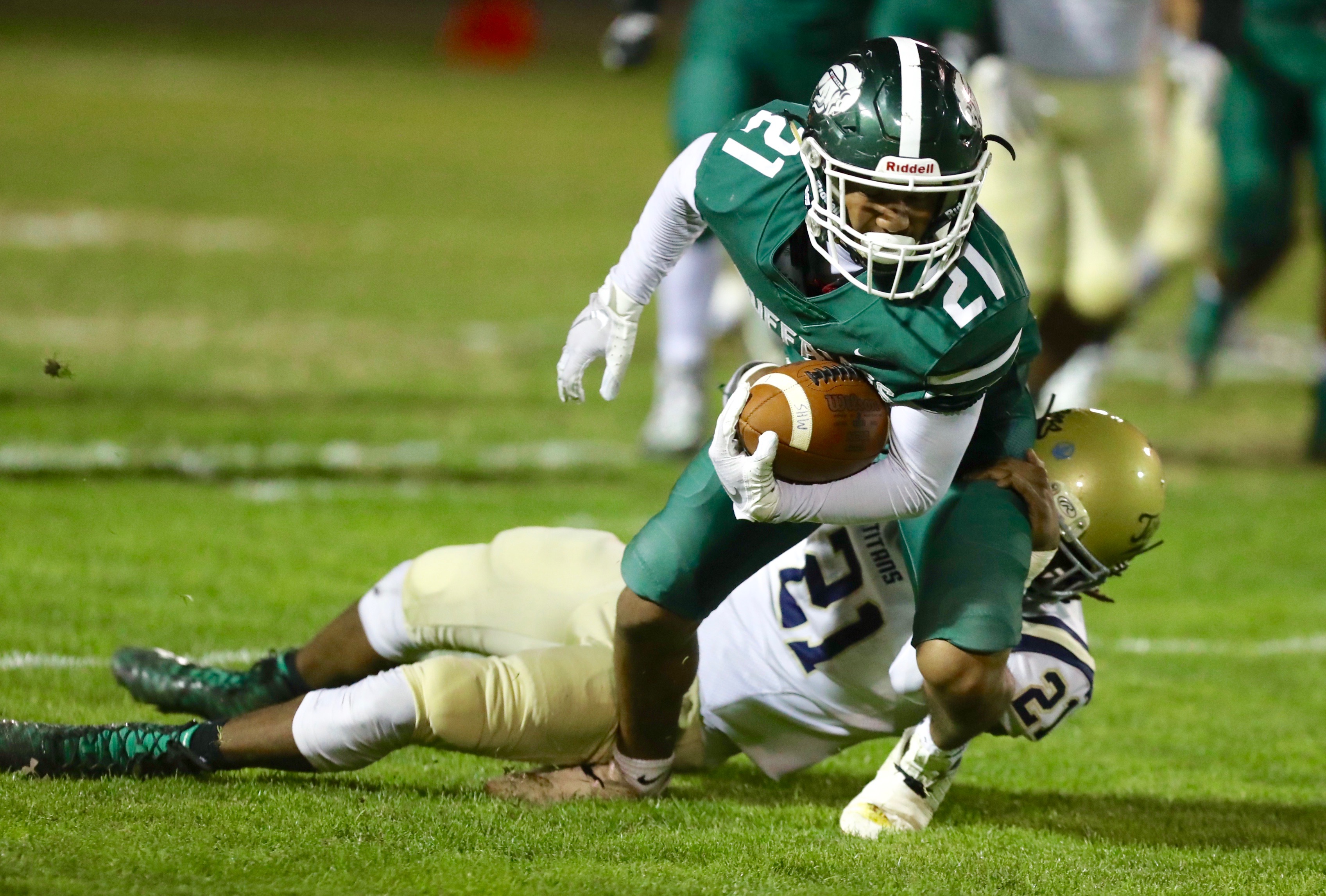 Manteca High’s Trabron Russell prefers to run around you. Placer’s Hans Grassmann enjoys running through you.

Whomever puts together the better game will go far to decide the Sac-Joaquin Section Division III championship.

The title game, to be held Saturday at 4 p.m. at Sacramento’s Hughes Stadium, features two of the section’s most lethal running backs.

Then again, Placer (10-2) answers with a defense that has allowed only 21 points per game. Such is the matchup as these two storied program pursue a seventh blue banner.

“Placer has a great line on both sides of the ball,” Manteca coach Mark Varnum said. “Our defense found our stride last week, and our offense did just enough.”

Manteca (10-2), seeded fourth after sharing the Valley Oak League title with Oakdale and Central Catholic, worked hard to reach the final. The Buffaloes edged Vista del Lago 39-35 in a game not decided until the final play, then stopped top-seeded Capital Christian 20-14 on the road.

Manteca has progressed over the past month due to the contributions of fullback-linebacker Angel Garay and wide receiver Sunny Dozier (747 yards, 14 touchdowns). Garay’s 12-yard touchdown run with 36 seconds left, marking the sixth lead-change, was the difference-maker against Vista del Lago. It also took Isaac Searcy’s interception in the end zone as time expired.

“We’re blessed to have great playmakers, and Ryan has matured and is making great decisions,”  Varnum said. “We have five or six guys who are very dangerous with the ball in their hands.”