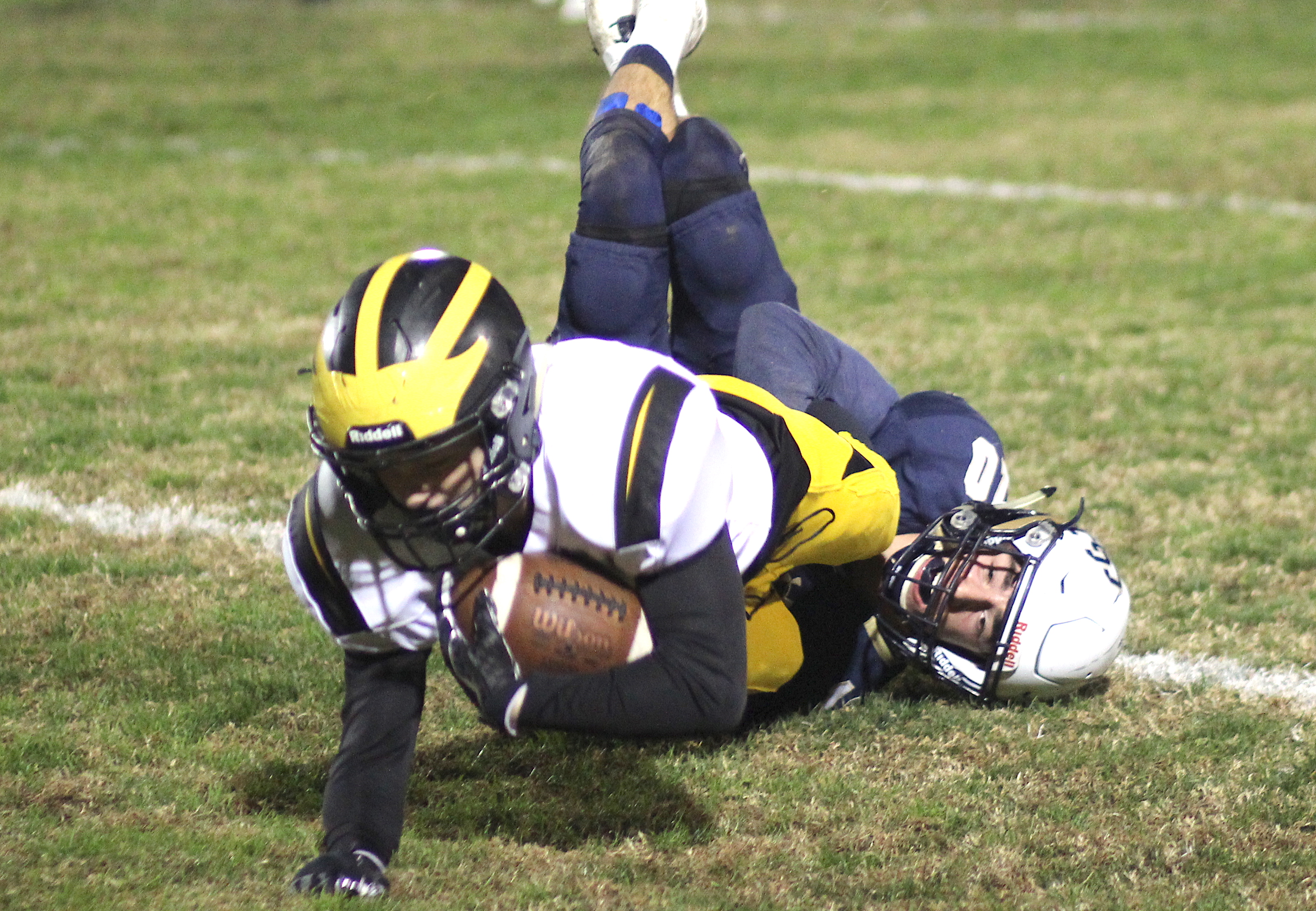 On Friday, the Sac-Joaquin Section disqualified Jesuit for inadvertently using an ineligible player. Del Oro advances to the Division II final, where it awaits the winner of Inderkum-Central Catholic. Del Oro defeated Central Catholic in the 2017 semifinals. (Samantha Schmidt)

Jesuit DQ'd from D-II. Central Catholic coach, 'I got enough problems of my own'

The Sac-Joaquin Section may have postponed this week’s playoff games because of dangerous breathing conditions created by the Camp Fire, but Friday was anything but a slow news day.

The Jesuit football team was eliminated from the Division II playoffs for using an ineligible player in its postseason wins. The Marauders’ self-reported the infraction, but were shown no leniency by the section.

"We appreciate that Jesuit self-reported this violation," the section said in a press release. "It’s an unfortunate situation for all."

Jesuit advanced to the semifinal round with convincing victories over Woodcreek (49-7) and Granite Bay (42-0), and was scheduled to take on top-seeded Del Oro when the playoffs resume Nov. 23. Per bylaw 207.3, those games are now ruled forfeits and the Marauders’ promising season struck down by an oversight.

Del Oro advances to the Division II championship game, where they’ll await the winner of Inderkum-Central Catholic. That game will be played at David Patton Field on Nov. 23.

"It should be a packed house now," Central Catholic coach Roger Canepa said, alluding to Del Oro's opportunity to scout the Tigers and Raiders.

Not that Del Oro and Central Catholic need any introduction.

The second-seeded Raiders were beaten by Del Oro in the semifinal a season ago, 23-12. While Canepa would love a rematch — and a chance at his fifth section title in seven seasons at the private-school power — he can’t look past unbeaten Inderkum, the No. 3 seed.

“I got enough problems of my own,” Canepa said. “We got a tough game. Around here, we play one game at a time. That’s other peoples' problems; that has nothing to do with us.

“That decision makes no difference to us. It is what it is. They were the one seed, anyway,” he added. “That (decision) affects Jesuit more than it does us. We still have a game ahead of us.”

For the second straight year, a high-profile Sac-Joaquin Section team has been disqualified from the postseason. Last winter, the undefeated Folsom boys soccer team was forced to forfeit its semifinal match after a player was deemed ineligible.