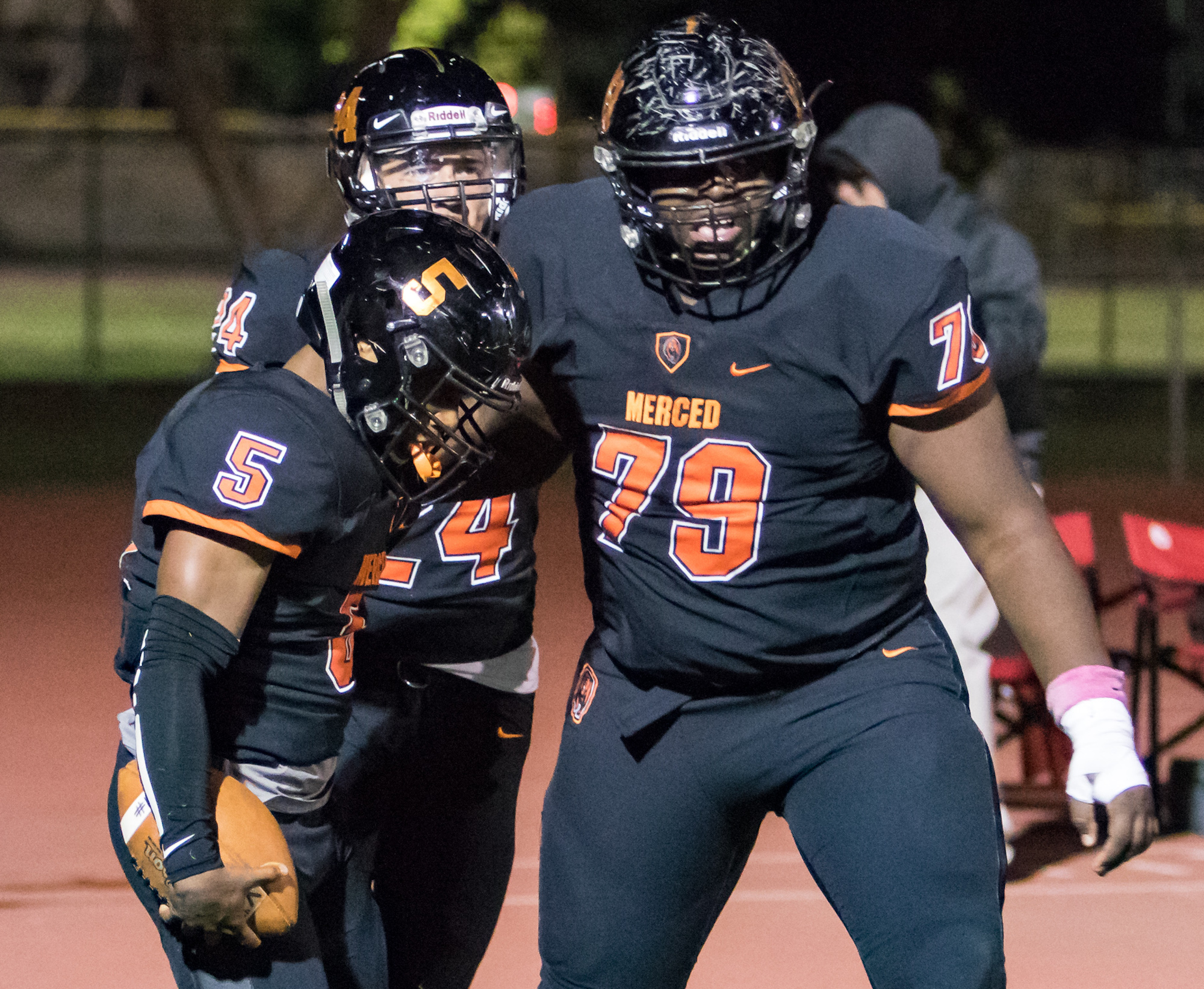 Don't sleep on him: All-Star overcame disorder to play in Lions football game

TURLOCK – Clifford Johnson, a man-child at 6-foot-3 and 290 pounds, seldom was beaten on the football field.

Merced High relied on him to protect quarterback Dhameer Warren and create space for the running backs.  He was one of the valley’s best linemen and soon will show off his skills at Fresno City.

What bothers him from time to time isn’t a person, place or thing.  It’s sleep.

“It holds me back from certain things,” Johnson allowed. “I’ve had it since I was 8.”

“It” is narcolepsy, a sleep disorder that causes daytime drowsiness. Johnson nods off a few minutes, a nuisance that can happen anywhere – the classroom, film sessions, even in a car as a passenger. A few minutes later, he awakens and continues his day.

“When I’m inactive or not focused on something, I fall asleep,” Johnson said. “It was worse for me as a kid. It got better. For some people, it’s much worse.”

All of which makes Johnson one of the most fascinating participants in the 46th annual Central California Lions All-Star Game to be held Saturday night at Lincoln High’s Alex G. Spanos Stadium.

Johnson doesn’t stress much about narcolepsy when he dons the helmet and pads. Armed for football, he becomes a beast.

Merced switched him along the offensive line to wherever he was needed, and he delivered. A three-year varsity starter, he twice was named to the All-Central California Conference team. Last fall, he was the league’s Offense Lineman of the Year and was one of the main reasons why Merced was 10-0 over the regular season.

“He stood out at getting to the second and even to the third level. When I was watching this kid, I thought, ‘He’s unbelievable,’” King said. “I think he’s a Division I talent without a doubt.”

But dealing with his sleep disorder remains an issue. Fortunately for him, he’s had help since he moved from the Bay Area to Merced. One of his most important allies was Merced veteran coach Rob Scheidt.

“The first assumption about this is that people who have it are lazy, or not intelligent or don’t get enough sleep. In most cases, that’s wrong,” Scheidt said. “We were able to get through it and educate others about his condition. In a lot of ways, I became a mediator for him.”

Johnson was supported by his Merced teammates, including Warren.

“He might fall asleep, but we wake him,” said Warren, a preferred walk-on at Arizona. “We understood what he was going through.”

Scheidt appreciated Johnson’s energy and his ability to block an opponent, then find another to hit. More important, however, was paving a young man’s future.

“I know who he is. We wanted to do more for him than just have him cope. We want him to excel,” Scheidt said. “I think there needs to be more testing and help for him at a higher level.”

Johnson recovered from a separated shoulder, which sidelined for a few weeks last season. He’s 100 percent for the all-star game, and his gap-toothed grin already is a calling card this week at Stanislaus State.

“I don’t use it (narcolepsy) as an excuse,” he said. “It’s about the same. It doesn’t really affect me.”