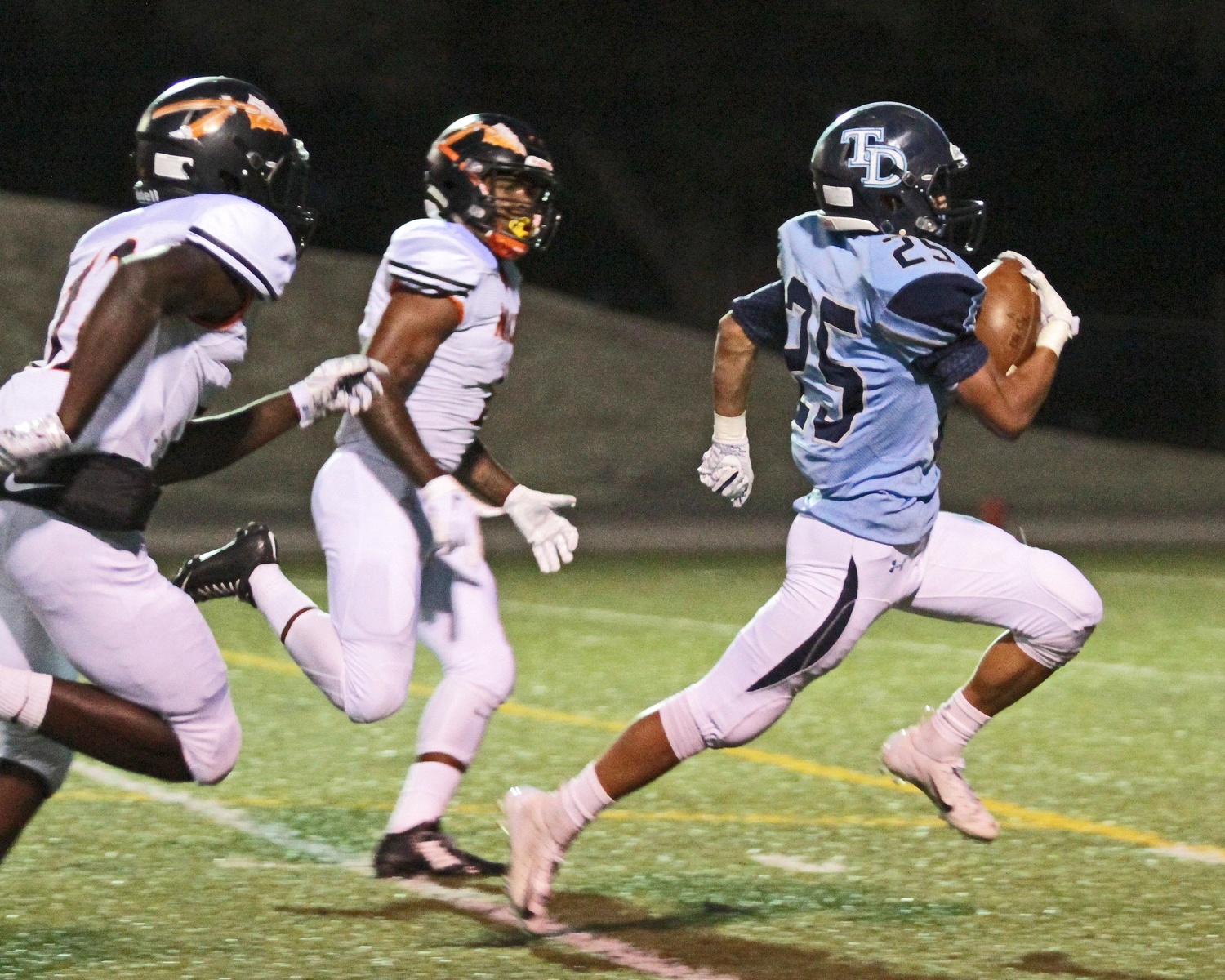 “Feels great to finally get back to winning,” said McClymonds coach Michael Peters. “We got work to do next week and we’re going to try to keep our momentum going.”

McClymonds' K’aun Green picked up the pace in the second quarter, throwing a 14-yard touchdown pass to Montrell Smith. A two-point conversion made it 8-7. Smith’s momentum only picked up from there. Defensively, he collected a pick-6 on Green's final throw, returning the interception 45 yards to make it 14-7.

Green was thrown to the ground on the play, injuring his left shoulder. Senior Junior Ethan Difuntorum replaced Green

Difuntorum's first drive didn't go well, as Islee Cassidy took advantage of the switch, recording McClymond's second pick-six of the night. This one covered 23 yards and gave the Warriors a 20-7 lead at the intermission.

With 9 minutes, 15 seconds, left in the third quarter, the Knights faced a fourth down situation. Instead of punting the ball, the team pulled out a special play called the “underhand pass,” according to Downey coach Jeremy Plaa, as Bryce Peterson pulled the trigger for a 45-yard scoring strike to Bronson England. The trick play closed Downey to within six, 20-14.

“When coach told me I was going to go in I knew I had to get the job done as best as I could,” said Peterson, the FrontRowPreps.com Player of the Game. “Unfortunately we just ended up on the wrong side of the ball tonight.”

The Knights' final drive of the game fell short, giving McClymonds enough time to run out the clock.

“Losing Green in that second quarter really hurt us as a team,” Plaa said. “At this point we’re going to wait to see what the doctors say about his injury and go from there heading into the bye week.”

No. 4 Downey (3-2) has a bye before its Central California Athletic League opener against Turlock (2-3), No. 5 in the FrontRowPreps.com large-school rankings.