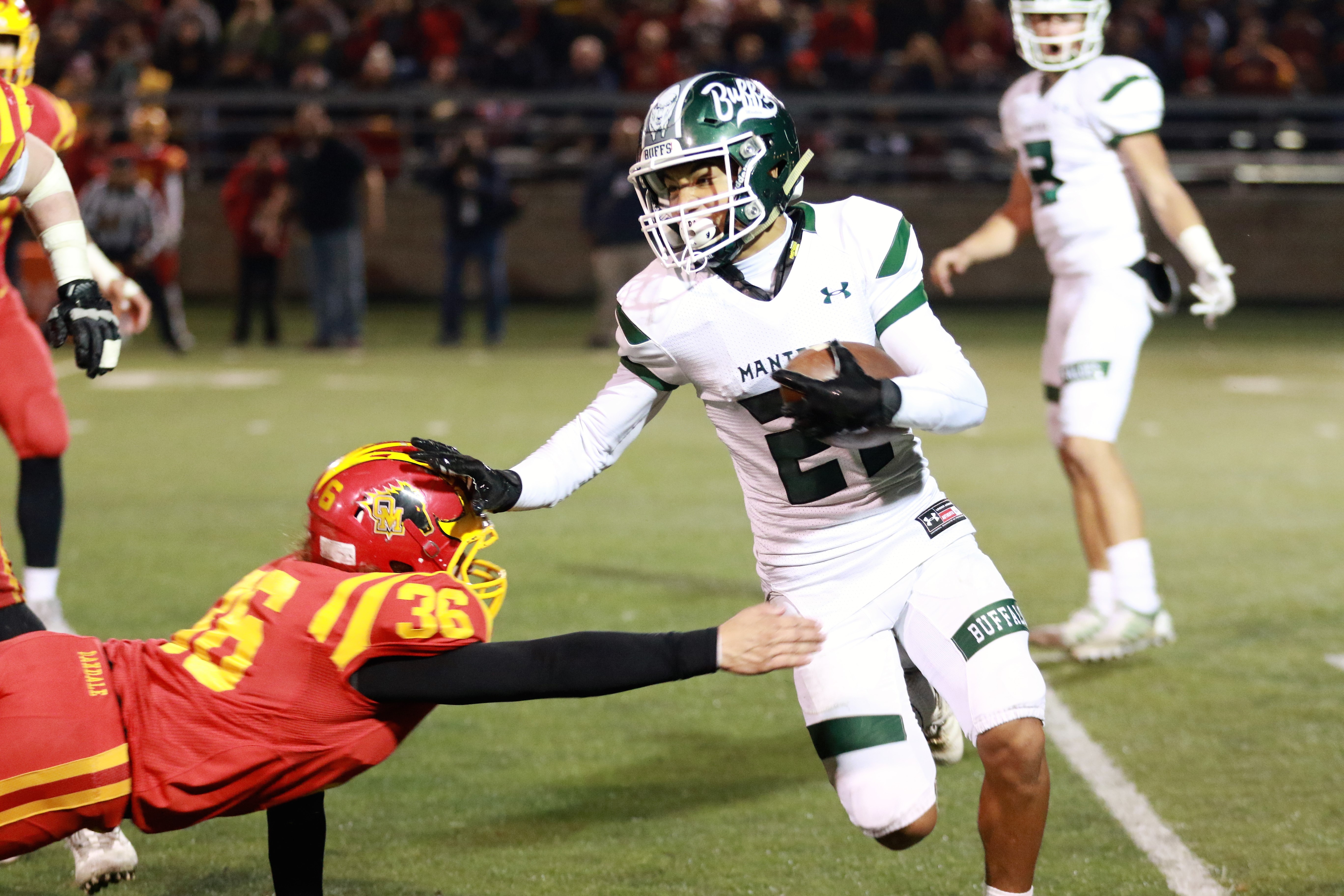 Manteca High junior wide receiver Jacob DeJesus is among the top returning talents in the southern half of the Sac-Joaquin Section. (Sean Kahler Photography)

A quick look at the region's top returning football talent

Not yet, any way.

For now, this is just a list — an early list, at that — of the top returning football players in the southern half of the Sac-Joaquin Section. So, please, don't get too fired up about where your favorite player appears ... or doesn't.

For starters, the list is alphabetical. It serves as a precursor to the top-50 returning players, which The Front Row will begin rolling out later this month. The top-50 will help us walk-up to the season-openers on Aug. 17 for teams.

This just stirs the pot.

If you've got a returning varsity player we've overlooked, which is possible, please send their information to frontrowpreps@gmail.com or james11burns@gmail.com, and we'll add them here and consider them for the top-50.

Now then, here's a preliminary list of the area’s top returning high school football players, including their position and school, in alphabetical order:

If we've missed a must-see returning talent, please email the information to james11burns@gmail.com or frontrowpreps.com.