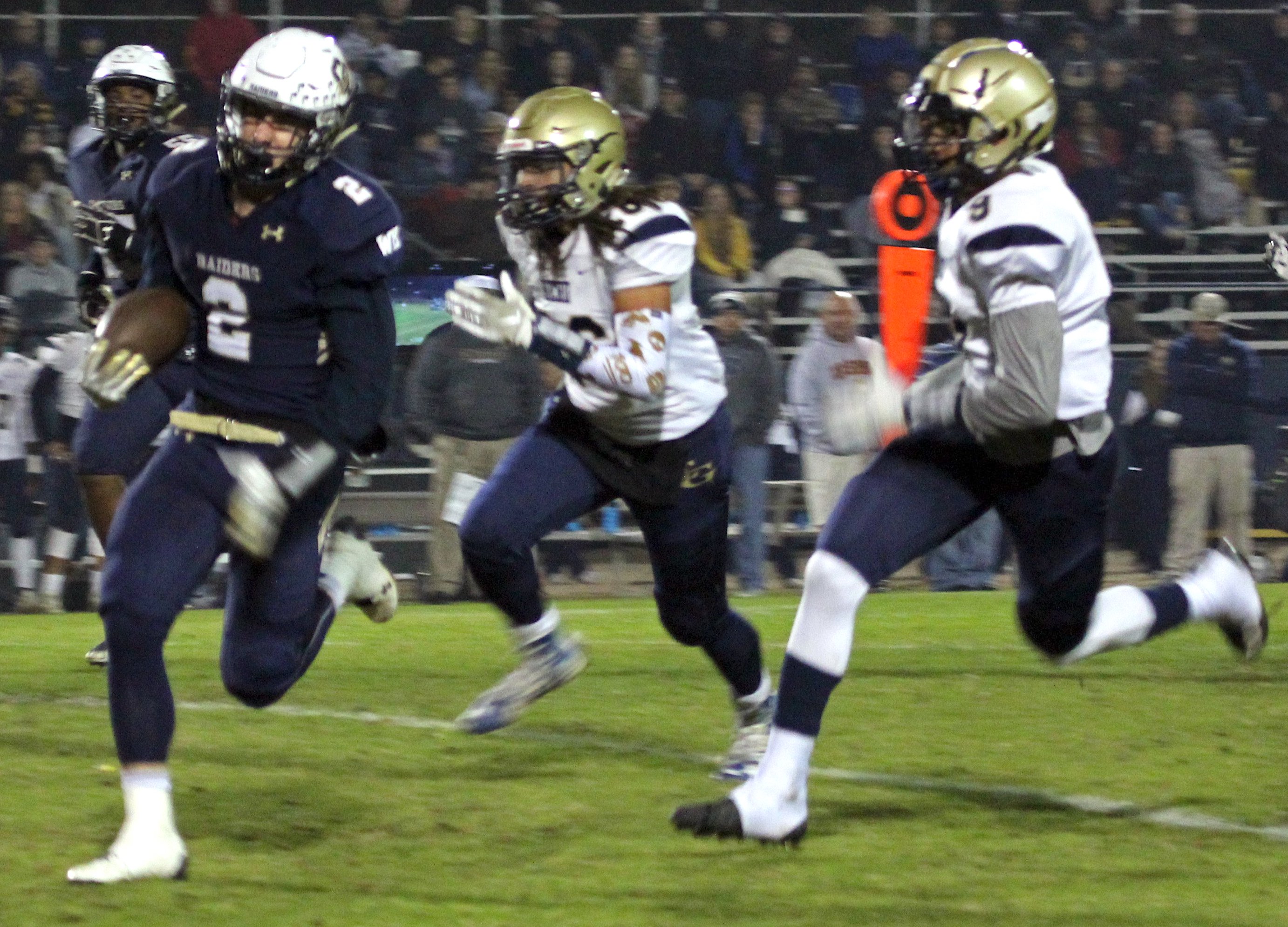 Central Catholic running back Minaya Olivo scored two touchdowns in the Raiders' 49-7 victory over Elk Grove on Friday, Nov. 9, 2018, in the second round of the Sac-Joaquin Section Division II playoffs. (Samantha Schmidt)

Back for some more: Central Catholic returns to D-II semifinal round after routing Elk Grove

The Central Catholic football team is headed back to the Sac-Joaquin Section Division II semifinal for the second year in a row.

Minaya Olivo scored two early rushing touchdowns as the second-seeded Raiders jumped on No. 10 Elk Grove early and never relented in a 49-7 victory on Friday evening at David Patton Field.

For the second straight game, Olivo, who missed six games with injury, shouldered the scoring load early for Central Catholic. The junior scored on touchdown runs of 50 and 3 yards, giving him six touchdowns in the last two games.

His running helped open up the passing game. Dalton Durossette, a junior transfer from Ceres High School, connected with Sithri Price on two big pass plays, including a 45-yard touchdown to make it 21-0 after the first quarter. Price later had a 33-yard reception that set up D'Angelo Bellamy's second rushing touchdown.

The Raiders will host No. 3 Inderkum next week with a berth in the D-II finals on the line. Inderkum rallied to beat No. 11 Downey, 69-28. At one point, albeit briefly, the Knights led 14-13.

“It took two weeks of practice and a lot of great work to get this victory tonight,” said Durossette, the FrontRowPreps.com Player of the Game. “Inderkum is big, they play in a tough league and they're from Sacramento. They're going to a tough game, but we're going to prepare for them just like we prepared for Elk Grove.”

“We practiced very hard this past week and got off with an early lead, which really helped us tonight,” said Central Catholic coach Roger Canepa. “Happy to be back to the semifinals. Hopefully we can do better than we did last year."