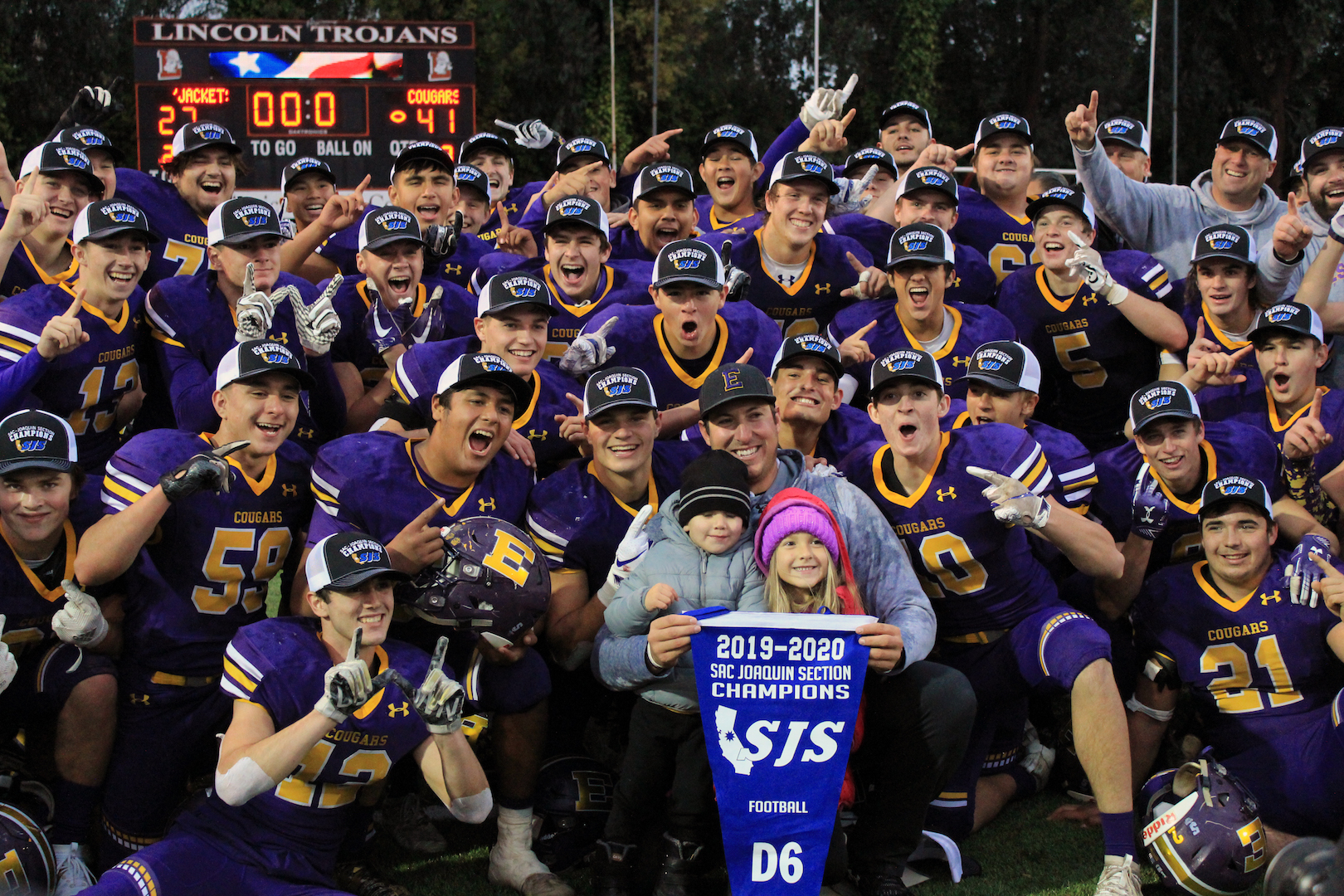 The Yellowjackets end the season at 11-2, while the Cougars (12-1) advance to a Northern California regional bowl game against an opponent yet to be determined. Escalon is now just two victories away from its second state championship.

The Cougars now rank third in section history with nine championship banners, breaking a tie Saturday with Folsom. It’s the ninth title for the school in 15 trips to the final game. Escalon’s last banner came in 2010, the year it captured the state championship.

“I’m just incredibly proud of our kids,” said second-year coach Andrew Beam, a 2006 graduate of Escalon who led the Cougars to the 2005 section championship as a quarterback. “This is a great group and they battled and faced a little bit of adversity and they’ve answered just about every challenge we’ve asked of them.”

This is the second time this season that Escalon defeated Hilmar, defeating the two-time defending D-VI champions 34-21 on Sept. 27 at McSweeney Field in Hilmar.

Hilmar led 20-7 until the final 90 seconds of the fourth quarter when Luke Anderson cashed in from 5 yards out to narrow the gap to 20-14 heading into the second stanza.

“We put it on their shoulders from Monday,” said Beam, who took over for Mark Loureiro, the section’s all-time winningest coach, before the 2018 season. “We told them that the group up front from tackle to tight end was going to win this game or lose this game. I’m just incredibly proud of the way that they answered.”

Escalon eventually edged ahead 21-20 before Hilmar recaptured the lead on Seth Miguel’s 36-yard touchdown pass to Aiden Azevedo as time expired in the first half.

Escalon tied it up when Ty Harris hit Christensen for a 22-yard score with 6:25 to play in the third quarter

“We knew that we would come out here and push these guys off the ball,” said offensive lineman PJ Flores. “We knew that the strongest guy would win this game.”

The Cougars continued to push the Yellowjackets off the ball, allowing Christensen to ice the contest with a pair of rushing touchdowns, each from inside Hilmar’s 5.

“We’ve been here 14 times before this and only eight brought it home,” said Christensen, who now has more than 1,400 yards rushing this season. “So, to be the ninth, nobody can take that from you. And, you’re going to be a banner up on the wall in the locker room for years to come.”