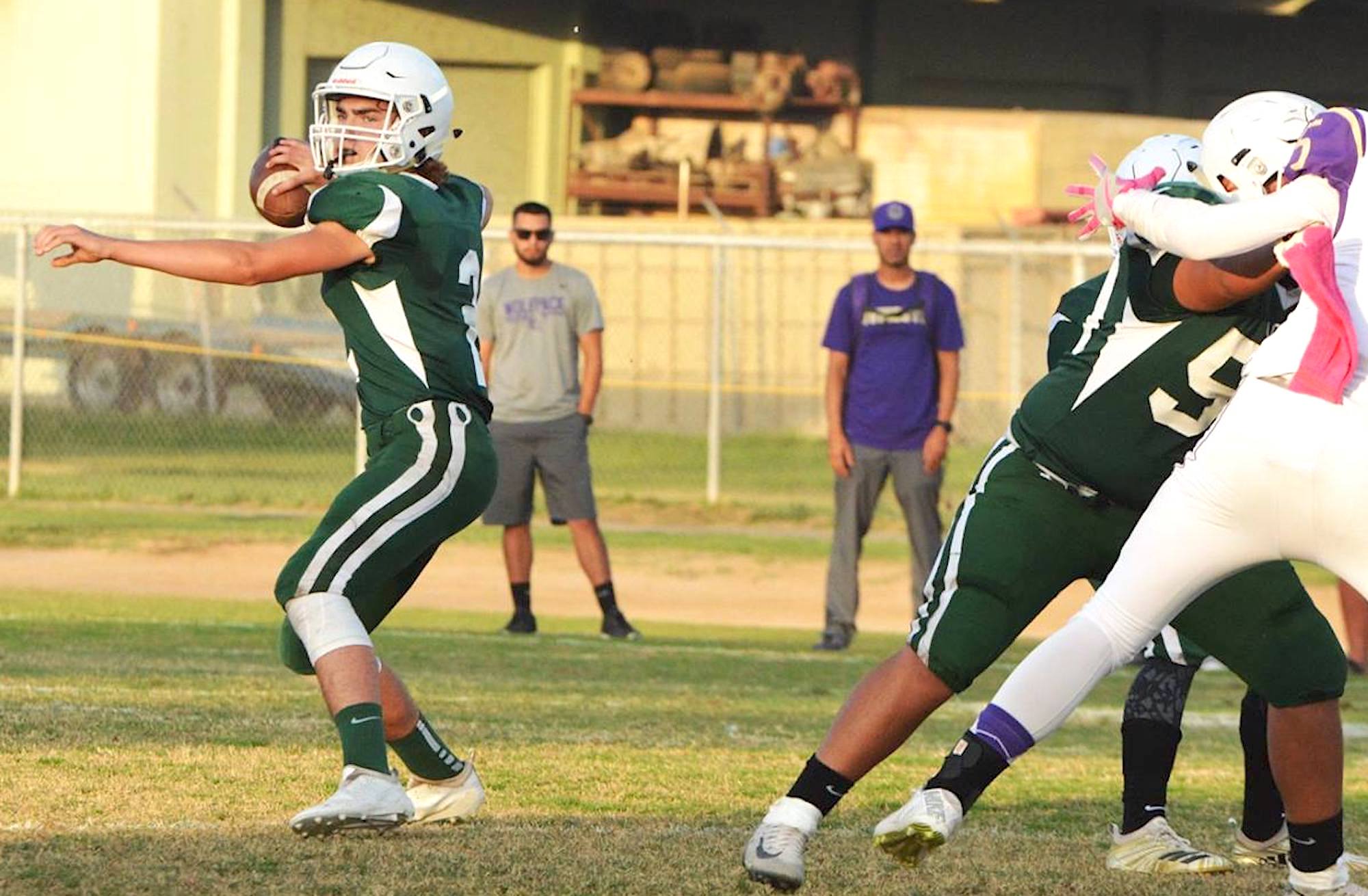 Junior Seth Miguel will start the season at quarterback for the Hilmar football team, replacing Treven Crowley who will forgo his senior season to protect a baseball scholarship to Fresno State. (AnnaMarie Silveira)

'Excited about Plan B': New QB in command of defending state champion

Frank Marques really tried to remain optimistic, but the Hilmar coach knew Treven Crowley’s future in baseball would eventually force him away from the football field.

A breakout star on the gridiron a season ago, Crowley followed the Yellowjackets’ Sac-Joaquin Section and CIF State state championship runs in the fall with a scholarship to pitch at Fresno State. When he verbally accepted the full-ride offer in June, Marques knew Crowley’s days as a QB were numbered.

“I knew all along he would stay with baseball,” Marques said. “We’re onto Plan B now, but … I’m excited about Plan B.”

Meet junior Seth Miguel, who will make his much-anticipated debut Aug. 23 against Delhi in front of a home crowd. While Crowley helped steer the Yellowjackets to the school’s first state title and second straight section banner, Miguel guided the JV team to a perfect 11-0 season.

“He is the kind of kid who had the potential to be a three-year starter at the varsity level, but we didn’t need him last year,” Marques said. “If something would have happened to Treven, we would have brought him up instantly.”

Miguel is Plan B no more.

A true dual-threat, Miguel is built to run Marques’ spread offense. He has a requisite arm, but it’s his ability to turn a busted play into a big gain that excites the Yellowjackets’ coaching staff.

Crowley possessed a different skillset — and one of the program’s greatest duos in bull-dozing Player of the Year Justin Rentfro and shifty Isaac Sharp, both of whom rushed for more than 1,000 yards.

With the lightning-and-thunder combo in the backfield, Crowley wasn’t asked to carry the team. Instead, Marques looked to the junior to be efficient and opportunistic, and he checked every box. Crowley completed 61 percent of his throws for 1,520 yards and 18 touchdowns. More impressively, he didn’t throw a single interception.

“(Miguel) doesn’t have as strong an arm,” Marques said, “but he’s probably the more physical runner. Treven has a really good arm and did some good things, but Miguel is more of a run threat. He’s more of a true spread QB, more of a dual-threat guy.

“Treven could sling it and we had a really reliable running offense. Seth gives us that true dual-threat. He can pull it and go anytime.”