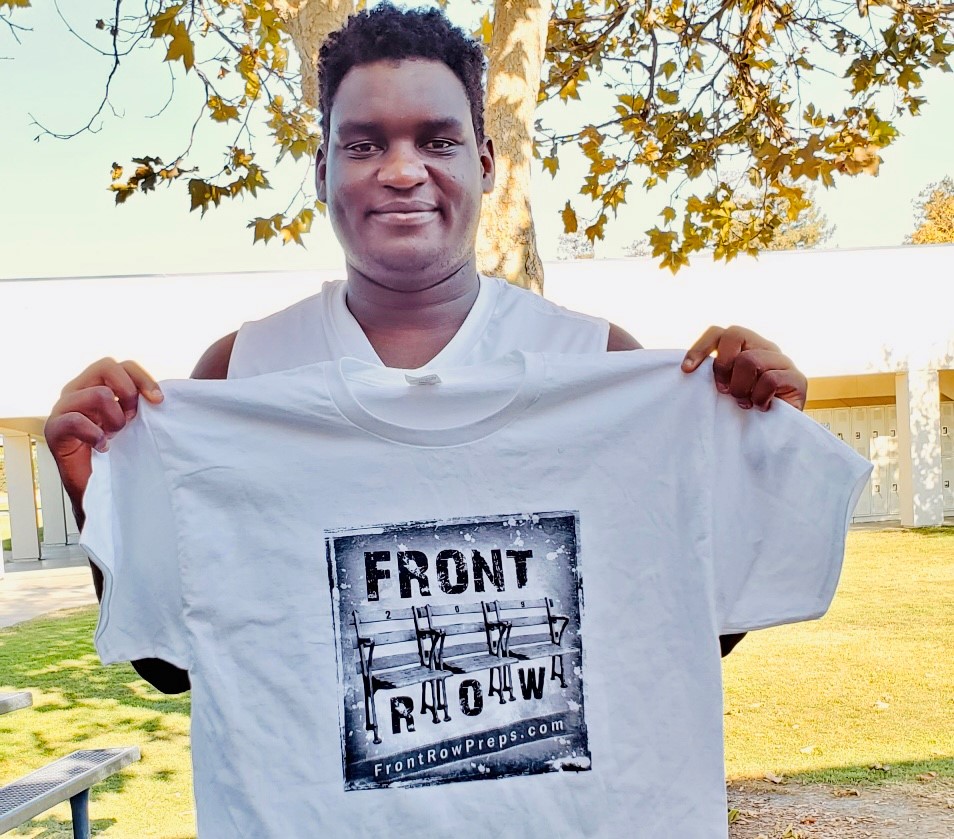 National recruit Manasse Itete, shown here posing with a FrontRowPreps.com shirt, has offers from several major universities. He arrived at Modesto Christian as a basketball prospect, but has blossomed on the football field.

SALIDA — In an overtime battle with the El Capitan football team, Modesto Christian, a resurgent program under coach Jerry Grimshaw, got the last laugh.

Lauren Davis is a junior at Sierra High School. She is a first year intern forFrontRowPreps.com. Davis loves watching and reporting on sports, with baseball being her main love. She hopes to pursue a career in journalism.