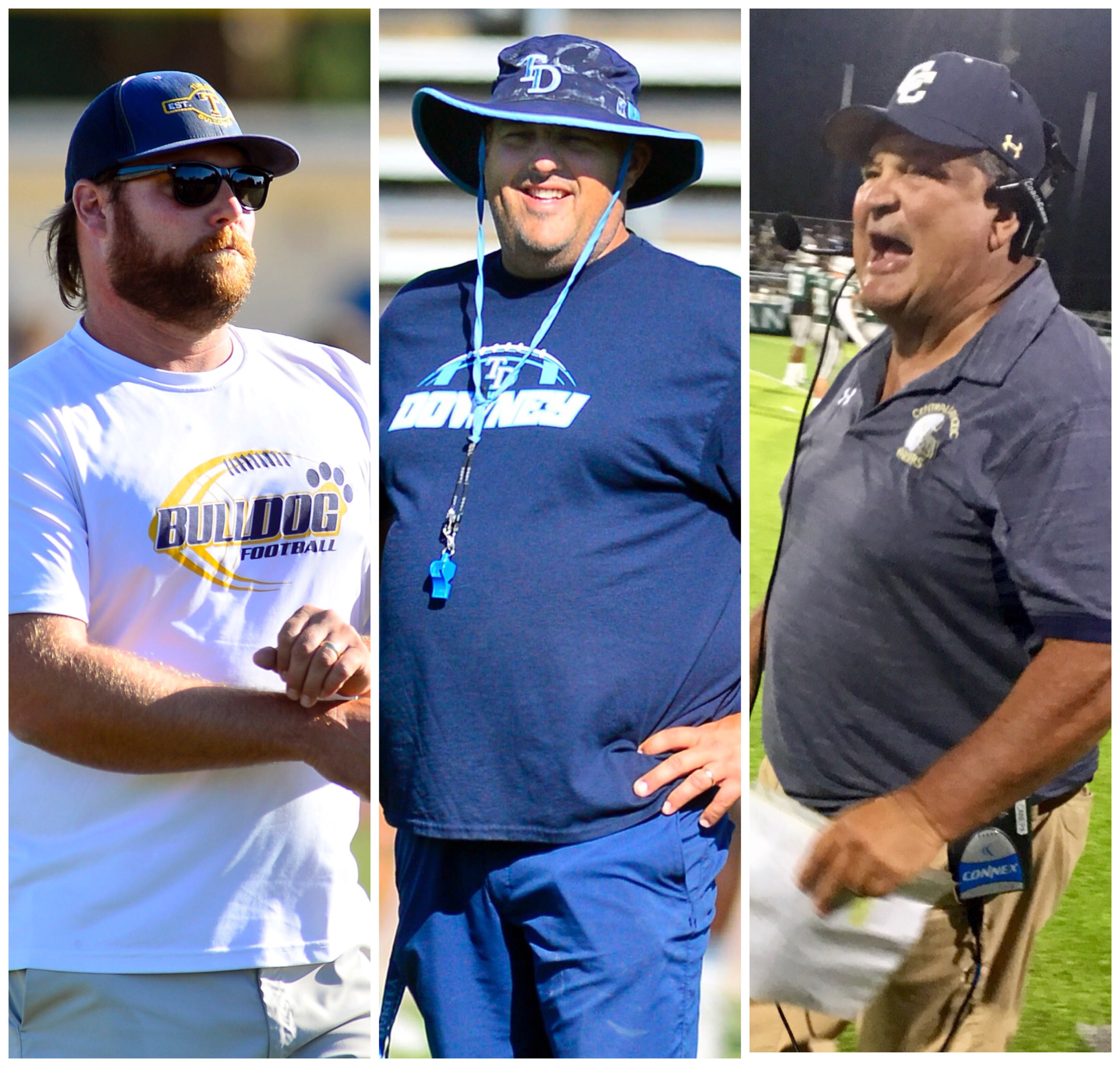 From left, coaches James Peterson of Turlock (vs. Freedom), Jeremy Plaa of Downey (at East Union) and Roger Canepa of Central Catholic (vs. Clovis West) have tough opening night tests, but the most intriguing game on Aug. 23, 2019 belongs to Oakdale-Sonora, according to a fan vote.

Fans favor tradition: Which Week 0 game was voted the most intriguing?

After more than 100 years of intense territorial tug-o-war, one of the richest rivalries in the region still moves the needle. Your votes say so.

The season will kick off on Aug. 23 with a traditional matchup hogging the spotlight: Oakdale, a perennial Valley Oak League and Sac-Joaquin Section title contender, travels up the mountain to Sonora, the five-time defending Mother Lode League champion.

In a poll conducted by FrontRowPreps.com, quizzing high school football fans on the most intriguing Week 0 matchup, Oakdale-Sonora commanded 29.5 percent of the vote.

An ancient rivalry with ties back to crisp November evenings in the VOL still piques curiosity despite a string of lopsided results and a schedule change. The Mustangs have won 12 of the last 13 meetings, including the last two by a combined score 96-13. Last fall, Oakdale debut 22 new starters in a 49-0 victory.

How has Oakdale-Sonora remained one of the most intriguing games each season? Sonora coach Bryan Craig believes it has a lot to do with the DNA of each community.

“We’re still both one high school communities,” Craig said, “and the rivalry has gone on forever and everybody in the area knows that.”

Fans were allowed to vote as often as they liked.

Recent results not withstanding, Craig welcomes the chance to match wits and talents with Trent Merzon and his Oakdale Mustangs.

“They’re a very well-coached team, they’re a physical team and we like to think we’re a physical team, too,” Craig said. “It’s the one team that will let us measure where we’re at. I don’t know that it’s great to have (as the first game), but it’s a barometer that lets us know where we need to get to.”