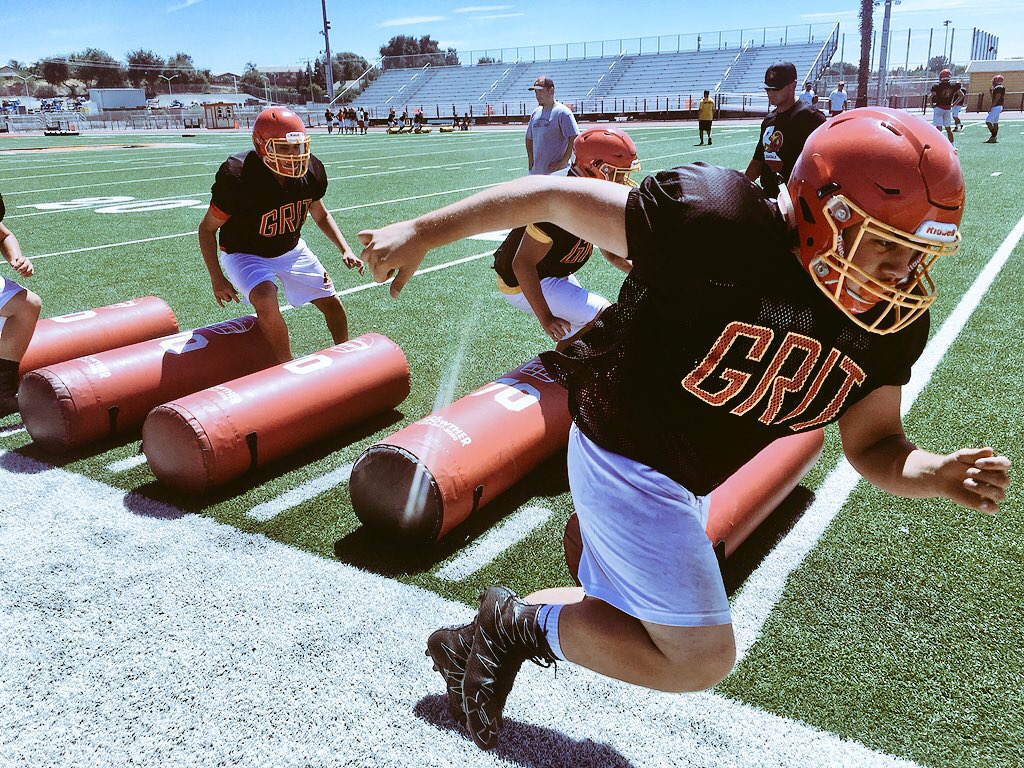 The Oakdale High football team scrimmages Tracy on Saturday, Aug. 11, at The Corral in Oakdale. Kickoff is at noon.

For California high school football teams there is one final dress rehearsal before the season kicks off Aug. 17, the earliest launch in Sac-Joaquin Section history.

Teams throughout the southern half of the section will take part in scrimmages on Aug. 10 and 11, each with their own wish list for the full-contact event.

With an abbreviated summer and an accelerated training camp, Orestimba coach Aaron Souza isn’t worried so much about execution. He’s looking to answer one question: Are his Warriors truly warriors?

“Who wants to play football? Who wants to start hitting somebody with a different color jersey?” Souza asked rhetorically. “We have an idea of who we are, and we’ll let the individual players start separating themselves with that night’s evaluation.”

The three-time defending Southern League champions host a scrimmage for the eighth consecutive year, a tradition rekindled during Souza’s second year at the helm of his alma mater.

The Warriors welcome rival Gustine, Central Section adversaries Dos Palos and Firebaugh, Lathrop and Livingston. Souza said Orestimba will not scrimmage Gustine, and neither Dos Palos and Firebaugh. Instead the feuding neighbors will growl and hiss at one another from across the field, while building a detailed scouting report.

“We wait for week 10 for that piece of the pie,” said Souza, whose team has won three straight in the Battle for the Wooden Chief, a five-foot trophy sculpted from wood. “We have a mutual agreement between the schools.”

Parsons turned his team over to senior leaders like two-way starter Isaac Schinmann, quarterback Hayden Sauser and mean-spirited defensive lineman Landon Wright room during the spring season. Since then, he's likened his team to a pack of attack dogs at the end of their leash, chomping at the air and frothing at the mouth, each pulling in the same direction.

No, his focus on Saturday, Aug. 11, when the Crusaders take the field with former CIF State runner-up Chowchilla is staying healthy. One of the smallest schools in the section, Modesto Christian will enter the season with fewer than 20 players, 11 of which are seniors.

“It’s like I told the coaches. We don’t have to kill our guys. We know what we got. We know their toughness, work ethic and what they can do,” Parsons said. “We’re ready to go, but let’s not bang them up and beat them up and have them tired and sore for Week 0.”

Parsons lost a key player to a season-ending injury suffered during a scrimmage just before the start of the 2016 season. Linebacker and running back Paul Puaauli suffered a torn ACL and missed his entire junior season.

Puaauli returned last fall to lead the Crusaders to a share of the Trans-Valley League title and a berth in the Sac-Joaquin Section Division VI final.

“Chowchilla likes to hit,” said Parsons, a native of Chowchilla. “We love to hit, too, but coming out of there with a healthy group and no dumb injuries … that’s my No. 1 thing. Paul tore his ACL in a scrimmage two years ago and it killed us. I want to stay healthy.”

Below is the region’s Aug. 10-11 scrimmage schedule. If you’re at a scrimmage, tag the Front Row on Twitter and Instagram with your comments, videos and photos and use the hashtag “#BestSeatInTheHouse. Coaches, if you’d like to see your scrimmage listed here, please send the information to frontrowpreps@gmail.com or contact (209) 679-4831.

Hilmar and Summerville at Pitman, 7 p.m.