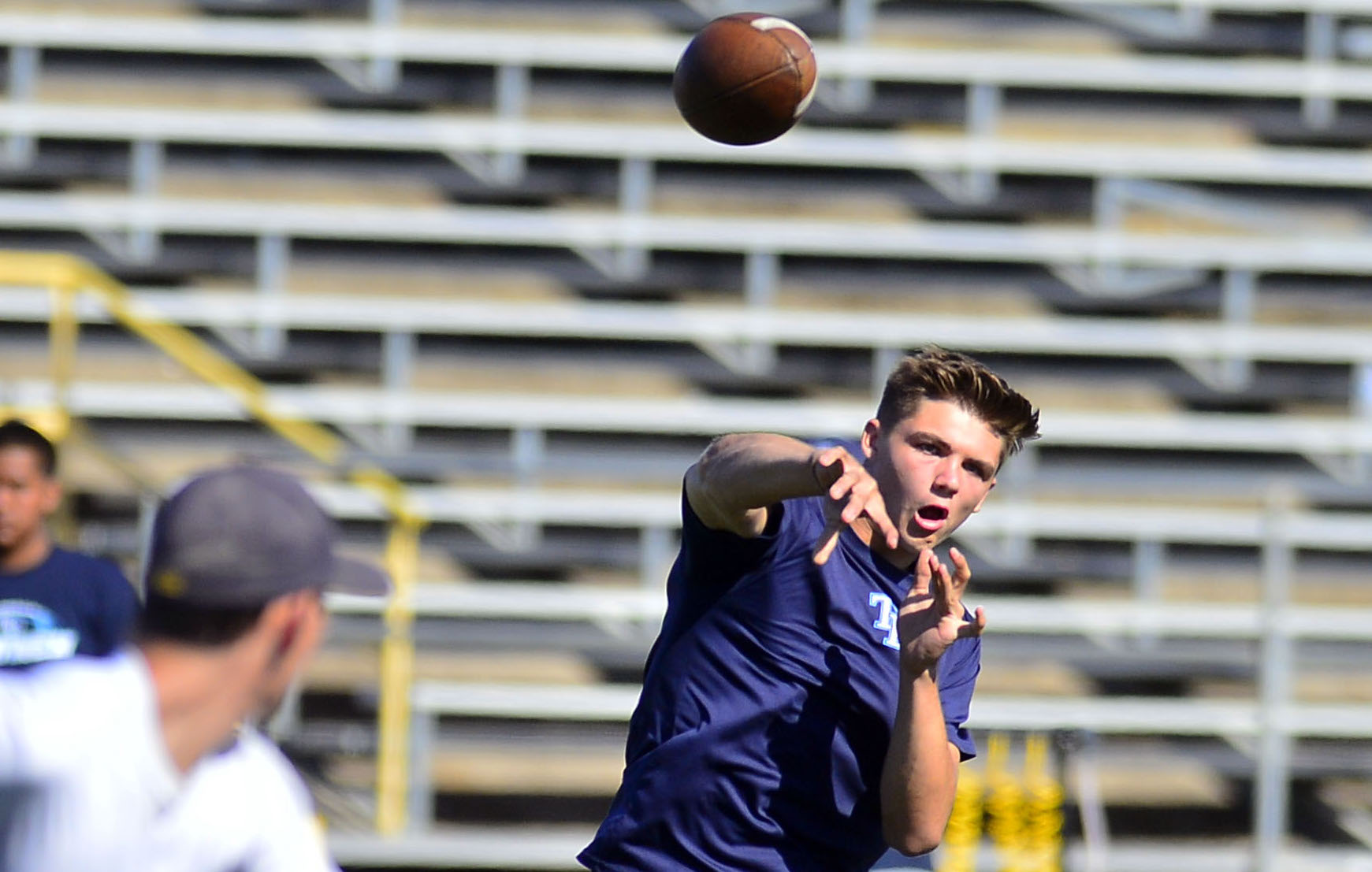 In five games for the Downey High varsity football team during 2018, Green completed 65 of 105 pass attempts (62 percent) for 1,021 yards with 11 touchdowns and five interceptions.

Former Downey QB Beau Green likely to sit at least half, if not all, of 2019 season

The resignation of Ryan Green as Modesto Christian’s head coach, even before he coached a single game or conducted a single drill in spring practice, throws into doubt the future of his son, quarterback Beau Green.

The younger Green is a highly touted freshman who played at Downey High School last fall, winning the starting job coming out of summer camp. However, a shoulder injury suffered Sept. 14 against McClymonds (Oakland) derailed his season and junior Bryce Gouker took over.

Green left Downey and began attending Modesto Christian, where it was thought he’d play quarterback next season as a sophomore and form one of the top aerial combos in the section with highly recruited tight end Xavier Carlton, who will attend a private school in Utah this fall. Carlton left the school Friday, April 26.

Now the question becomes: Where will Beau Green play during his sophomore season? The answer to that could be: Nowhere.

Because of Sac-Joaquin Section transfer rules, Green likely was going to have to sit out the first half of the 2019 season for Modesto Christian, unless his entire family moved from their current dwelling in Turlock and into a different school boundary. However, if the younger Green attends a third school — Downey and Modesto Christian were the first two — it will be considered his second transfer, even though he didn’t participate in a sport at MC, and he’ll have to sit out the entire 2019 season, again,  unless his family vacates the current Turlock dwelling and moves into a different school’s boundary.

So what are the quarterback’s options?

According to section bylaw 207, Green can’t play for Modesto Christian in the fall without missing half the season. But what’s the draw in that when his father won’t be coaching at the school? He can’t attend a third school with missing the entire season. In fact, the Greens live in Turlock High’s boundary, but because attending Turlock High would be considered the sophomore’s third school, he couldn’t play at Turlock without sitting the entire season, unless, oddly enough, the family moved out of the Turlock school boundary.

About the only appealing option for the younger Green is to return to Downey High. He could do that without any sit-out penalty. But would he be welcomed at his former campus on Coffee Road?

“Beau’s a great kid,” said Downey head coach Jeremy Plaa. “But I haven’t talked to his dad since after the Inderkum playoff game (Nov. 9). So, I can’t imagine (Beau) coming back to Downey. If that were part of the plan, you’d think we’d have heard something by now.”

Another option would be to play anywhere ... on the junior varsity level. Not the worst option for a sophomore-to-be, but it seems unlikely given Beau Green's qualifications.

In five games during 2018, Green completed 65 of 105 pass attempts (62 percent) for 1,021 yards with 11 touchdowns and five interceptions. He also ran 21 times for 121 yards (5.8 per carry) and four touchdowns. Three of those TDs came in a 44-42 victory over Manteca in which Green engineered the game-winning drive and scored the game-winning TD with just seconds to play.