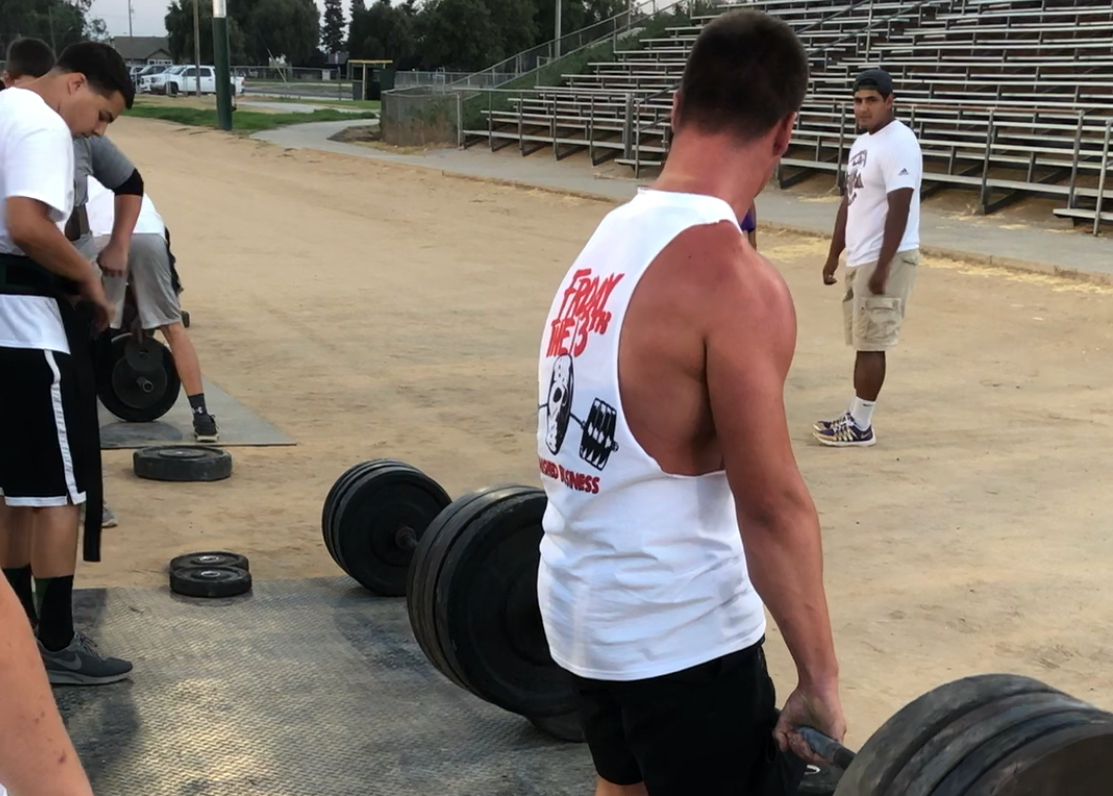 H-Town Throw-Down: Hilmar lifts the heaviest weights and then the trophy

The Hilmar High football team won the "H-Town Throw-Down," an annual weight-lifting competition between five schools in the southern half of the Sac-Joaquin Section.

The Yellowjackets had four individual weight class winners, including Bryan Millan (145 pounds or less), Joao Silveira (186-205), Justin Rentfro (206-225), and Jarred Collier (226 or more), setting up a run to the team title on Friday, July 13. Hilmar won convincingly, lapping the field with 97 total points. Livingston was second with 42 and Hughson third with 40. Delhi edged Los Banos for fourth, 19-18.

Hughson's Dylan Johnson won the 166-185 weight class, while Livingston's Xavier Sanchez proved to be the strongest in the 146-165 bracket. The competition featured four lifts: bench, squat, clean and dead lift. The winner of each lift was awarded five points. The runner-up received three points and third one.

The "H-Town Throw-Down" took place during the Sac-Joaquin Section's "dead period," a stretch in the summer when high school football teams are prohibited from practicing with equipment.