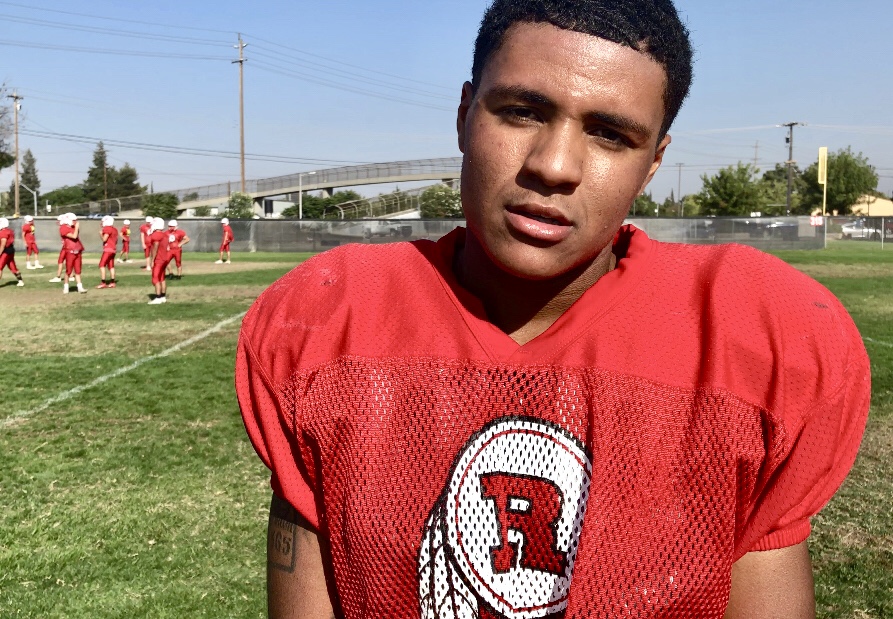 Ripon running back Derric Roy is the FrontRowPreps.com Small School Athlete of the Week after rushing for 148 yards and three TDs in a 42-7 victory over Central Valley.

He tore the ligaments in both knees, and guess what ... he's still faster than you!

The Ripon High senior shredded the ligaments in both knees, spoiling his sophomore and junior seasons. But with the encouragement of his teammates, particularly graduated star Michael Winters, Roy is back in the huddle.

"Michael Winters was there for me," said Roy, FrontRowPreps.com's Small-School Athlete of the Week following a three-touchdown performance in a 42-7 victory over Central Valley.

Roy rushed for a season-high 148 yards in the win with exactly half of those yards coming on a 74-yard touchdown run. Even with two surgically repaired knees, Roy is still really, really fast. He is second on the team in rushing yards (164) and yards per carry (10.9).

"Honestly, it was like the best thing in the world. I can remember going to high school football games as a Chief (Ripon's youth football program) and wishing I would be that kind of player. For me to score three touchdowns and gain about 150 yards, it was a dream come true for me."

Roy said the hardest part about his return to football was overcoming the mental hurdle in his recovery and rehabilitation program. While doctors made his knees sturdy and strong again, he had to learn to trust that they'd be able to withstand his speed, power, jukes and cuts, and the inevitable crashes.

"That was the most difficult part. After the ACL surgeries, the doctor said I might not be able to play football again," Roy said. "As for my mental, my state of mind, I had to think positive. As soon as I put the knee brace on for that first practice, I knew I was OK to play football."

Roy is part of a convoy of running backs in the Indians' run-first system. Ripon has won its first three games, outscoring the opposition 110-7 and climbing to No. 3 in the FrontRowPreps.com small-school poll. With the Trans-Valley League season looming, and a date with No. 1 Hilmar right out the chute, Roy believes the Indians are capable of much more.

Ripon closes the nonconference portion of its schedule with a home date against Calaveras Friday. The game is a rematch of their Sac-Joaquin Section Division V playoff opener, a game won handily by the seventh-seeded Indians.

"We put in a lot of hard work," Roy said. "We stay focused and stay on task. We have to get the job done. We know we have some big games coming up in the TVL, so we've just got to keep that same focus."