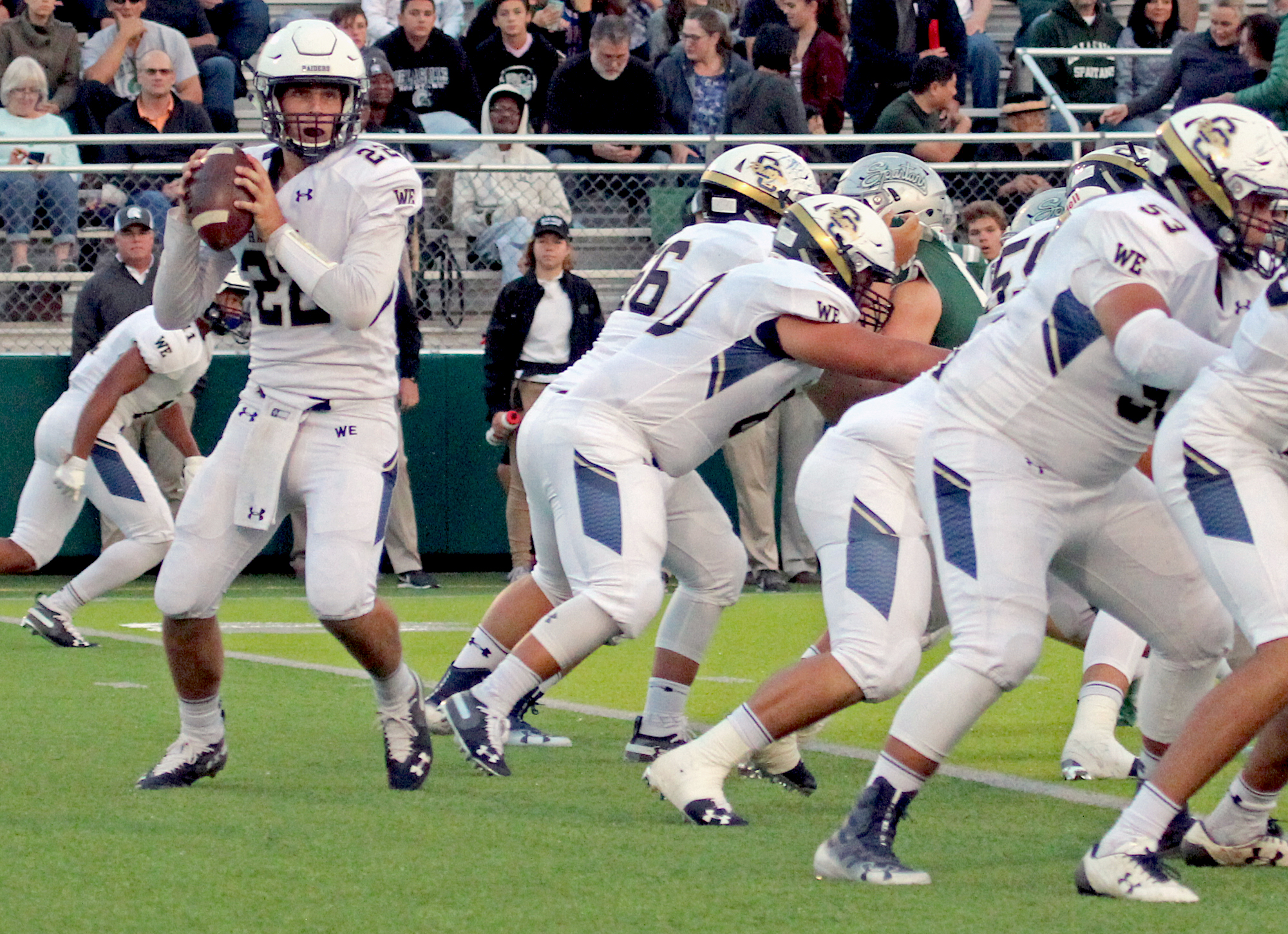 'He's been nails.' Transfer quarterback flourishing now that job is all his.

Central Catholic quarterback Dalton Durossette is the American Chevrolet Large-School Athlete of the Week for games played on Sept. 28.

Durossette completed nine of his 13 passes for 164 yards and four touchdowns and didn't play in the second half of a 48-7 victory over East Union, a Sac-Joaquin Section playoff team the last two years.

The Raiders scored 41 points in the first half with Durossette, a pitching prospect with a growing list of Division-I suitors, at the controls and have now won five consecutive games.

"We’ve been throwing the ball a lot more in practice and throwing more in games than we did last year," Durossette said. "I wouldn't say it is more confidence, but they (the coaching staff) feel more comfortable because I came for a throwing school. It's relaxing for (coach Roger) Canepa to run with the line and backs we’ve got and to throw the ball with the receiver sets we have."

Central Catholic (6-1, 3-0) has been the season-long No. 1 team in the large-school poll and hosts Weston Ranch on Friday at David Patton Field.

Since emerging from a quarterback battle with junior Kyle Jackson, Durossette has cemented his place atop the depth chart. He is completing 66 percent of his passes for 704 yards and 11 touchdowns.

"We got one of the best lines in the area, if not the best," Durossette said. "They create a good pocket for me to maneuver around in. I feel confident throwing the ball, and obviously, our receivers are pretty good. If you throw the ball up, they’re going to find a way to go get it."

The 6-foot-3 junior hasn't thrown an interception in 52 passes.

"He’s been nails," Canepa said of the Ceres High transfer who pushes the ball down the field. Durossette is averaging more than 20 yards per completion. "He's been throwing the ball and making good decisions."